Interviewing with Organizational Culture in Mind 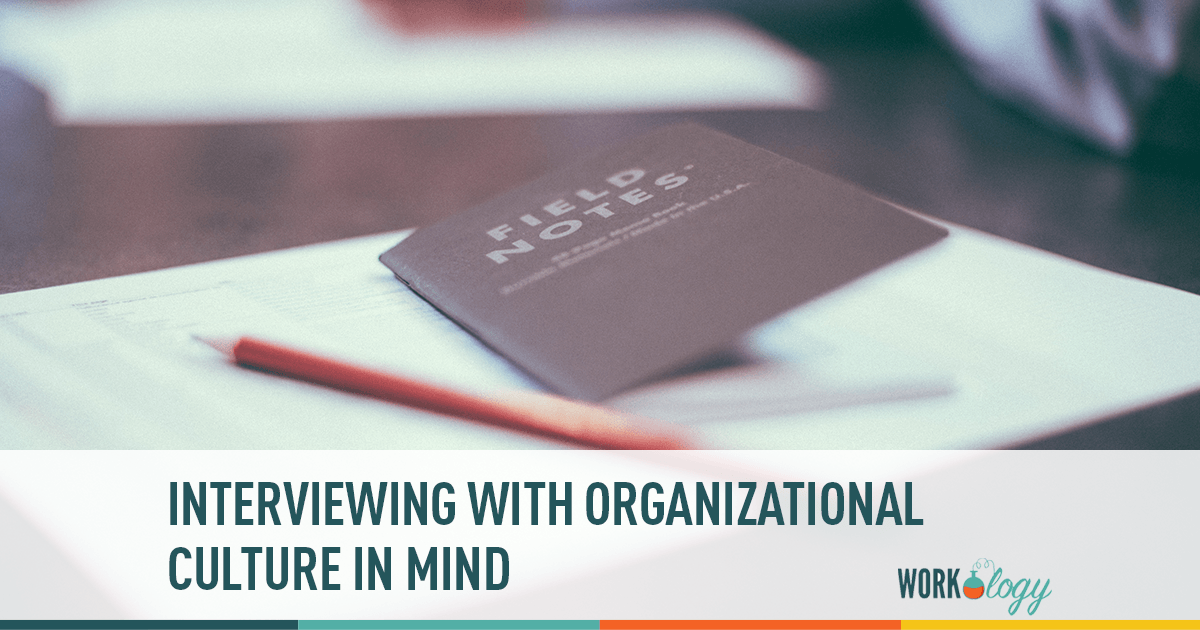 Hiring great people is the foundation of a great culture, so your interview process needs to reflect the culture of  the organization.  Most interviews involve tedious scheduling, meeting with multiple members of the team and candidates being asked redundant questions. Here are some tips to help transform the interview process to better hire for a cultural fit:

Interviewing with Organizational Culture in Mind

Studying many company’s culture and their interview process, a standout company that has tweaked their interview process until it works for them is Menlo Innovations.  Their interviews are more like an audition that replicates their pair programming, title-free culture.  Menlo brings in about 40 or so people for the first round of the interview process.  The candidates partner up  and are given one pen and one piece of paper between the pair.  Since pair programming requires two people to share a computer and keyboard, this audition duplicates what the new hire would be experiencing on a daily basis.  Next, the pairs are told to solve a problem while being observed by a Menlonian.  The goal of the pair is to solve the problem while trying to get the other candidate hired by making them look good.  For some, trying to get the other candidate hired is a twist they may not like.  If the candidate isn’t comfortable making their partner look good, they probably aren’t going to fit well in Menlo’s boss and title free culture.

What trends are you seeing as company’s change their interview process to better hire for a cultural fit?  Holla!

Stephanie Krieg aka HRChick is the Founder of HR Culture Club. She is a corporate culture consultant, who makes work fun while gettin' sh*t done. In her spare time, she enjoys club hopping, bottle popping, and online shopping. Connect with Stephanie.