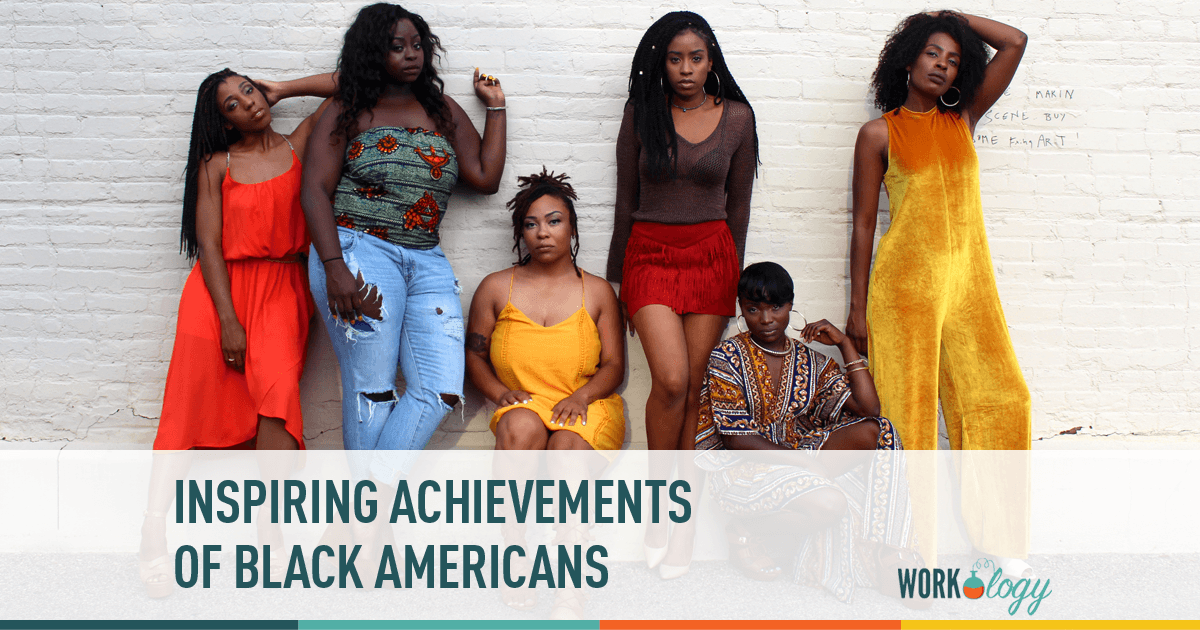 Dr. Carter G. Woodson, founder of the Association of the Study of Negro Life and History, created Negro History Week in 1926 as an initiative to bring attention to the contributions of black people throughout American history. Because it coincided with the birthdays of Frederick Douglass and Abraham Lincoln, the second week in February was designated Negro History Week. This week-long celebration ultimately extended to cover the entire month of February. Since 1976 the United States has recognized February as Black History Month.

For decades we have seen Black Americans, across all industries, reach significant achievements. Additionally, we have witnessed many historical events that have impacted our society. We are aware of the 13th Amendment (Thank you President Lincoln), the Civil Rights Act of 1964 and all of the significant figures whose actions shaped the civil rights movement – including W.E.B. Du Bois, Martin Luther King, Jr., Sojourner Truth and Harriet Tubman to name a few.

As a result of the actions of so many brave, inspiring and passionate people, countless contributions have been made, and will continue to be made, by black Americans pursuing their dreams. Below are just a few examples:

Dr. Mae Jemison – Following through with her love for science, Mae Jemison earned a chemical engineering degree, then attended Cornell University Medical College. Dr. Jemison earned her M.D. in 1981 and interned at the University of Southern California Medical Center and then as a general practitioner. In October of 1985, she applied to NASA’s astronaut training program. The selection process was delayed due to the Challenger disaster. She reapplied in 1986. Out of 2,000 applications, Dr. Jemison was selected, becoming the first black female to enter NASA’s training program and travel in space when the space shuttle Endeavour launched in 1992.

Corporal Eugene Bullard – Bullard’s parents came to America as slaves, after their French owners escaped the Haitian revolution. Eugene Bullard was born in Georgia in 1894 and left his home at the age of eight after his father’s lynching. Bullard travelled the US and eventually made his way to Europe and joined a traveling act and picked up several foreign languages. After travelling with the acting troupe, he eventually joined the French Foreign Legion and later the French Flying Corp and became a pilot. More than 20 years before the Tuskegee Airmen became part of the USAF, Eugene Ballard flew in French squadrons during World War I, becoming the world’s first black combat pilot.

In 1939, Judge Bolin was the first black woman to serve as judge in the New York City Domestic Relations Court

This case questioned whether or not Dred Scott was free or a slave. After living in Illinois, a “free state” for ten years, Mr. Scott returned to Missouri and, unsuccessfully, sued the courts for his freedom claiming that residing in Illinois made him a free man. The court also ruled the Missouri Compromise unconstitutional. The ruling angered many northerners and served as a strong influence for the nomination of Abraham Lincoln to the Republican Party, and ultimately his election.

After serving a year in prison for violating Virginia’s law prohibiting interracial marriage, Richard and Mildred Loving took their case to court claiming their arrest violated their right to pursue life, liberty and happiness (14th Amendment). The State of Virginia offered a reduced sentence if they agreed to leave the state. Not satisfied with the offer, the Lovings took their case to the Supreme Court. The court overturned Virginia state law and ruled that prohibition on interracial marriage was unconstitutional. The sixteen states that still banned interracial marriage were forced to change their laws.

Alice Coachman – A track and field star, Ms. Coachman grew up in Georgia (the segregated south) where she didn’t always

have access to training. Her talent was noticed by the coach of the high school boys’ track coach and later by the Tuskegee Institute. Ms. Coachman broke high school and college high jump records – barefoot! In 1948 went to London with the U.S. Olympic team and became the first black woman to win a gold medal.

Ernie “Mr. Cub” Banks – Spending his entire major league baseball career with the Chicago Cubs, Mr. Cub earned a reputation for being a power hitter, played in 14 All-Star games, received the Gold Glove award as a shortstop and received two MVP awards. In 2013, Ernie Banks received the Presidential Medal of Freedom for his contribution to sports. Before making it big in the MLB, he served in the US military and played in the Negro baseball league with the Kansas City Monarchs.

As we commemorate and celebrate the life, culture, and history of Black Americans it is my hope that the achievements (whether the person is famous or not) serve as an inspiration to people of all walks of life.

Pursue your passions. Be amazing. Leave a legacy.