3 Ways to Build Power and Influence in the Workplace 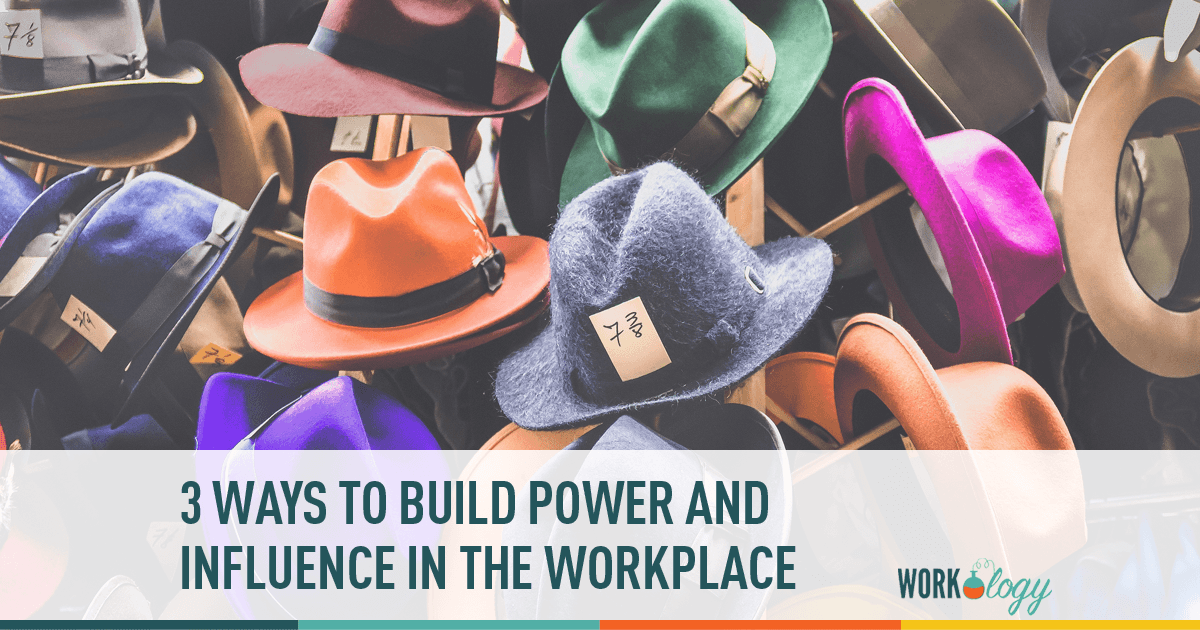 This article is Part 3 of an ongoing series on influence in work, life, and the workplace.  In Part 1, we discussed how someone is determined influential.  In Part 2, the subject of online social media and influence was discussed and how it is tragically misunderstood.

3 Ways to Build Power and Influence in the Workplace

Whether on an individual level or for an entire organization, who wouldn’t want to leverage the power to sway the opinions and behaviors of others?  On a professional level, when influence is properly asserted, you have the ability to help shape the course of something much bigger than an individual agenda – there’s the ability to have an impact on the lives of many.  This is a heady thing for many people; but I’m reminded of a line from Spiderman “with great power comes great responsibility.”   When looking to assert influence in the workplace, it’s important to understand that the foundation required to achieve it and the responsibility that comes with its use.

In the first installment, we learned that ‘Influencers’ are able to persuade others through a gained credibility (expertise) and bandwidth (reach)  utilizing six areas of persuasion:  social proof, likability, scarcity, commitment, consistency, and reciprocity.   In the second installment, we covered that Influencers are appointed to that position through common affiliation, expertise and accuracy, and the ability to leverage our need for consistency in our individual self-conceptualization – in other words, their views don’t disturb or conflict the image of who we think we are – so they allow us to be relatively comfortable accepting of them.  At work, these things still hold true, but they are baked into the foundation of influence through three basic attributes:

To be able to influential, your peers and leadership first have to trust you.  They need to know your knowledge (or ability to gain it) is sound, your word is good, your promises are realistic and solid, you can handle adversity & setbacks, and that you have a reasonable level of belief within your peer group so that you can get things done.  Consistently succeeding in these areas, over time, establishes your reliability within the company and with your co-workers.  If you are trustworthy and reliable; then all that’s left to finish building a foundation that allows for influence is assertiveness.

What Works:  Aggressive vs. Assertive Leadership and Work Styles?

In business, especially with young professionals, there’s often some level of confusion between ‘assertiveness’ and ‘aggressiveness.’

Being assertive:  Taking a level measured risk to put out ideas, suggestions, and to give/receive requests for help when needed for the betterment of the organization… confidently, because it’s within the limits of ability of the individual, or belief that the combined ability of the team, is present to perform; while recognizing and respecting the viewpoints, suggestion, and feedback of others.

Being aggressive:  Taking a competitive, ‘all-out effort’ to “win” at any cost; thereby putting out ideas, suggestions, and demands for help for the advancement of one’s self or agenda. While often self-perceived as being forward, it’s often received as pushy and over-eager; without proper understanding of one’s place relative to the larger organization.  Simply put, it’s too much, too fast, without proper buy-in of individual capabilities from the rest of the team.

Is Your Workforce Motivated to Work Desperation or Dedication?

Movies like “Risky Business,”  “Wall Street,” and its sequel “Wall Street: Money Never Sleeps” put out the notion that the desperation to succeed will be seen as dedicated, competitive and will nurtured by supervisors/co-workers that will become mentors.  The reality for most is that behavior will isolate them within the workforce, limiting their ability to not only influence, but perform, and ultimately reducing their value to the organization.

But for those that are respectfully assertive in manner that displays that they’re interested in the benefit of the group, not just self, the foundation for influence will have been established & their worth to their leaders will have increased with their ability to sway the opinions & behaviors of their peers as a trusted advisor.

This post is Part 3 of an ongoing series on influence in work, life, and the workplace.  In Part 1, we discussed how someone is determined influential.  In Part 2, the subject of online social media and influence was discussed and how it is tragically misunderstood.