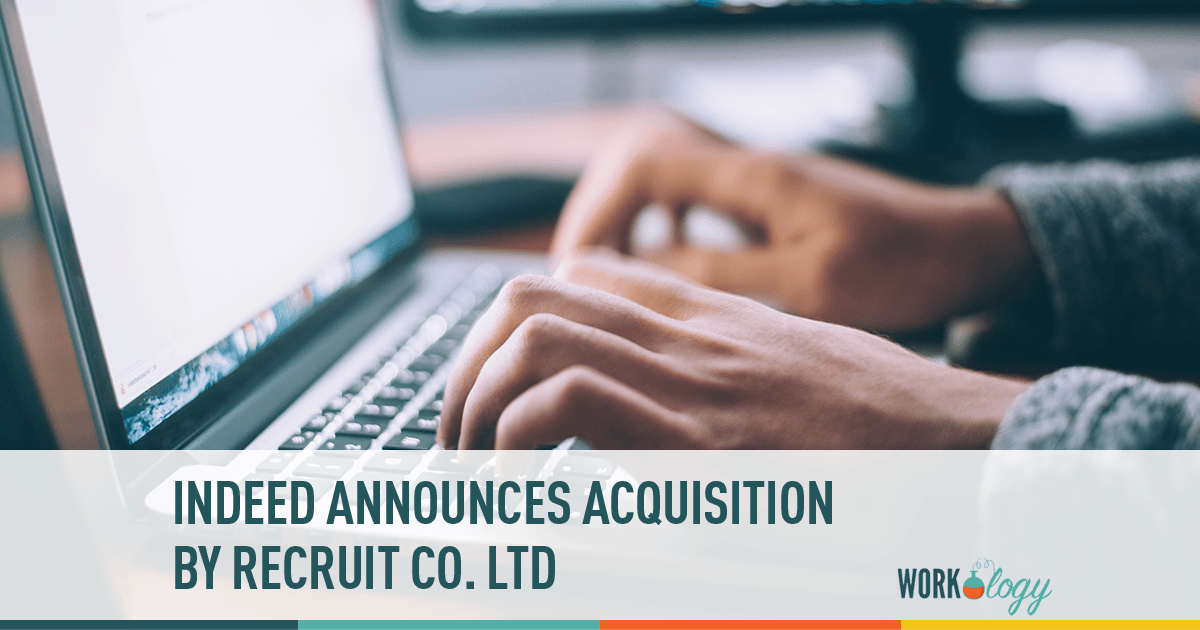 STAMFORD, September 25, 2012 – Indeed today announced that it will be acquired by Recruit Co. Ltd, a leading provider of integrated HR and information services based in Japan. The acquisition enables Indeed, the most visited job site in the world, to continue its rapid expansion while benefiting from Recruit’s reach and resources. Indeed will be an independent operating unit of Recruit, led by Indeed’s current senior management team.

“Our success is also due to our dedicated team of employees and our tens of thousands of loyal advertiser and publisher partners,” said Paul Forster, co-founder. “We are excited to work with Recruit to build on our leadership position.”

Indeed launched in 2004 as the first comprehensive search engine for jobs and is now available in over 50 countries and 26 languages.  Indeed attracts 80 million unique visitors per month and is the #1 job site in a growing number of countries, including the US, Canada, the UK and France, and leads worldwide in mobile job search.  By combining with Recruit, Indeed will deepen its presence in Asian markets, while continuing its expansion in Europe and the Americas.

“Recruit aspires to be the leader in HR and recruitment services worldwide,” said Masumi Minegishi, CEO of Recruit. “Our acquisition of Indeed is a critical step in achieving that goal and we are excited to help build on Indeed’s #1 position in job search.”

With over 25,000 employer clients, Indeed is the top external source of hires in the US. Indeed is also the biggest employer review site in the world, with over one million reviews.  Since launching resumes a year ago, job seekers now upload more than one million new resumes each month.

More people find jobs on Indeed than anywhere else.  Job seekers can search millions of jobs on the web or mobile in over 50 countries.   More than 80 million people each month search for jobs, post resumes, and research companies on Indeed, and Indeed is the #1 source of external hires for thousands of companies.  Founded by Paul Forster and Rony Kahan in 2004, the company has over 500 employees with offices in Austin, Dublin, London, Mountain View, New York and Stamford. For more information, visit indeed.com.

Recruit is a leading human resources and information services company. HR services include temporary staffing, permanent placement, recruitment advertising, consulting, assessment and training. The company also provides a range of print, web and mobile services that help connect people with job opportunities. Based in Japan, Recruit has more than 22,000 employees and operates in Asia and North America.  The company is privately held, with annual revenue of over $10 billion. For more information, visit recruit.jp.