Humans vs. Robots: Is Creativity the Key? 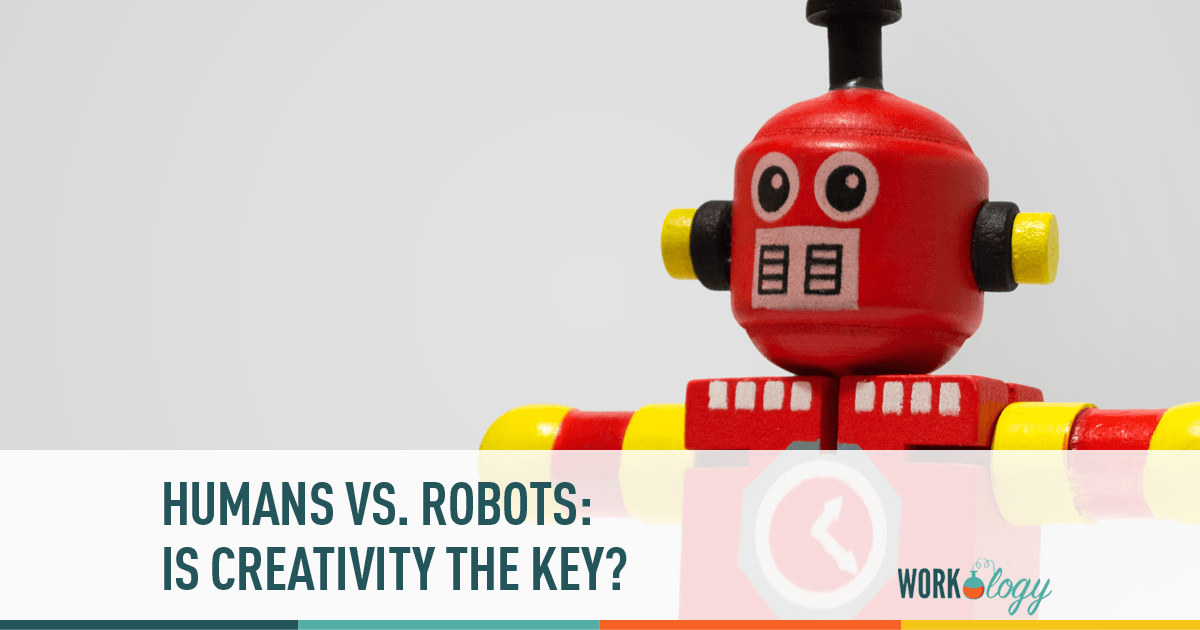 There is a concern among people that with the coming “robotization” of work that many will be without jobs. I have written a number of times that one way to insure that you will be employed in a robot world is to make sure you keep some aspect of “humanness” in your job. Perhaps creativity is some of that humanness. Robots are not really that creative, yet, so there is still some demand for humans to be creative. Unfortunately, we have a tendency to train the creativity out of people.

Writer James Clear, talks about a longitudinal research study that was conducted in the 1960’s. Children were tested at 5 years of age and 98% of them were found to score in the “highly creative” range. The researcher then retested these children every 5 years. At age ten only 30% tested as highly creative. By age 15 only 12% scored at that level and by the time they reached 25 years of age only 2% scored as highly creative. The creativity had been educated out of them. We instead educated them on what Land, the researcher, called “non-creative” behavior. Further research studies have shown that sort of decline in creativity as well.

Unfortunately these children, whom we have taken the creativity out of, become our employees. Then business struggles in trying to make some of these employees creative. We have training programs on creativity. We put people in work groups to foster creativity. We write article after article on ways in which you can increase your own creativity. I have written about a dozen posts on creativity. Clear’s piece is entitled You can learn to be creative, if you’re willing to embarrass yourself and it is an excellent article. He presents great tips on how to be more creative. He points out however, that as adults we have to deliberately work on being creative. We run the risk of making mistakes and being embarrassed and this suppresses creativity.

Rather than spending millions of dollars in trying to train people on how to be more creative, what if we revise how we educate our children and stop teaching them to be uncreative? Let’s try to perpetuate the creative urges children have throughout their educational life. That way, when they hit the working world we will not have to teach them how to be creative.

Save Us From the Robots

Coming to the working world as a very creative person will allow future employees to more easily adapt to new situations. They will have the ability to easily invent new ways of working that keep them employed instead of being displaced by automation.

This is going to take some coordinated work between business and educators. We will have to change programs that teach less about rules and more about creativity and that will be difficult. Our schools are regimented and designed to foster “sameness” rather than uniqueness and that will take tremendous work to overcome that inertia.