If You are Diagnosed With a Serious Illness, Guess What… You Take It To Work With You 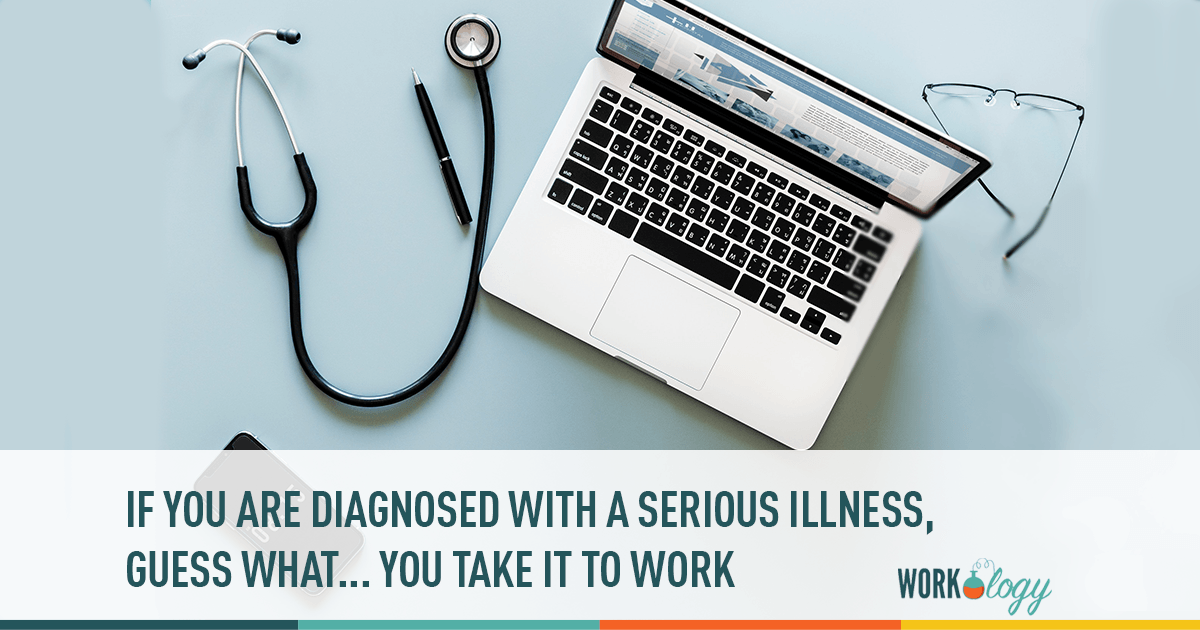 When cancer or serious illness hits someone in life, they take it to work too.  That person could be you. What you would hope exists within the culture of your workplace that would help you deal with a serious life issue like this?  I’ve long been interested in the concept of Bringing Humanity to work… I genuinely think that “humanity” is often the missing link between a great place to work and a mediocre place.

Humanity refers to the quality of being human, kind and benevolent. Some of the more feeling-oriented qualities that constitute humanity include: being compassionate, merciful, human-centered. Does it exist automatically? Often not. So, how does an organization bring such qualities to their people? First, it must come from “the top.” How do the people at the top emulate those qualities? And, furthermore, how do they get their employees to BE that representation for each other? How do you get people at work to be humane in their dealings with their peers who happen to be experiencing a major illness? That has been a driving force in my work in creating cultures that work.

Over the years, I’ve met and interviewed CEOs of major companies that I admire. I wanted them to shed light on “how to care” for employees (and/or their loved ones) when they are impacted by cancer or major illness. Sometimes the knee-jerk reaction is to encourage them to leave and take care of themselves, rather than to adapt the workplace to engage and accommodate them. With some, I saw how much they cared and reached out (but only when the employee was “open” about their illness).

Interviewing one female CEO gave me some answers. She indicated that humanity and caring were core values at the company she was at the helm of. She talked about setting the gold standard in showing compassion. She is, to me, an amazing role model for skill, talent, empathy, and genuineness, with the capacity to tie these all into making the world a better place.

First, this CEO acknowledged that early diagnosis of illness is key. When people know what their issues are, they can take action. Second, she also acknowledges, however, that once an employee has a diagnosis, there is more to be done. It’s not just about action, but also about humanity — about being empathetic.

Here are many of the comments I gleaned from my conversation with her:

An Example of Compassion

I was so touched by the time this CEO spent talking with me. I told her that what she was sharing was not always what I hear from others. I’ve heard horror stories from folks who have worked in places where people were resentful that someone had too much time off, or that they had to pick up the slack for the person. I’ve heard of companies where people are “encouraged” to leave because the company culture is “if you can’t do the work, you’re out of here.” To this female CEO, I thank you for being a breath of fresh air. I hope your kindness and generosity of spirit will be a big boost to other companies in the arena of compassion.