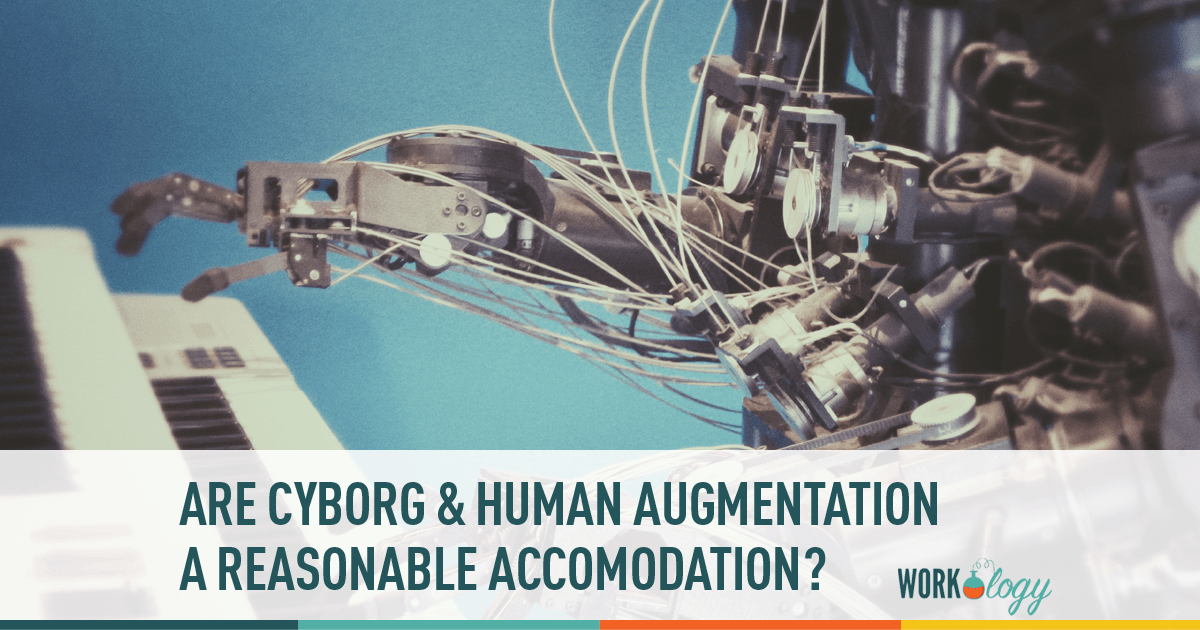 What is Human Augmentation?

Human augmentation has been around for a long time. Humans have used eyeglasses, artificial limbs, false teeth and much more to augment or replace missing capabilities. More recently we have seen devices that not only replace normal actions but provide “super human” capabilities. A notable example was Olympic athlete Oscar “Blade Runner” Pistorius who competed in London (and now infamous for what happened in South Africa.) We have always wondered about it in characters such as RoboCop or Darth Vader, the police officer in I Robot or the new Bourne character.  Anyone remember The Six Million Dollar Man? The military has already developed suits that provide a soldier with super-human strength and sensory capabilities.

Given this already existent technology is it too far off in the future to think that “normal” people will be given some of these capabilities. I argue that it is here and now. We are already implanting lenses in eyes and …. Well you know what else is being implanted to “augment” certain characteristics. We use laser to repair eyes and implant hearing devices. But what could be used beyond that? Could we use genetic enhancement to make people “better”? Some legislators think this may be possible and several states have already tried to make it illegal for an employer to require an employee to implant a computer chip in their bodies.

As the science of augmentation increases the costs of such technologies will go down. It is already significantly cheaper to have laser eye surgery, to the point that there is price competition among doctors. With that kind of change occurring I do not think it is too far out of the realm of possibility to one day be asked to pay for some such device or procedure as a reasonable accommodation in order to allow an employee to continue to do their job. Already we are paying for equipment, e.g., lifts, chairs, standing desks, treadmill desks, etc. At the SHRM conference in June I saw some of these devices demonstrated.

We all know that one of the major considerations in the definition of “reasonable” is the cost. Today many companies can turn down such an accommodation as being too costly thus unreasonable. But as that cost comes down does reasonableness go up? Are you prepared to be compliant with the Americans with Disabilities Act when it comes to Human Augmentation?

Today some of those devices are being implanted into humans and it’s not for an army for worker drone  or cyborg robots. However, generally that is a medical expense paid for by health insurance. What if one day, perhaps in the not too distant future, the cost of such a device would be so low that an employee might show that with such a device they can perform the essential functions of the job for which they are applying or have been performing? They are qualified, they can perform the essential functions and the device is not so expensive. In fact by implanting something you can actually make them a better employee than they have been in the past. Does that not sound “reasonable’? Well, maybe not now, but that reality may not be that far away.

For further information you may find the article by Dan Rowinski, Futurist’s Cheat Sheet: Human Augmentation to be interesting.