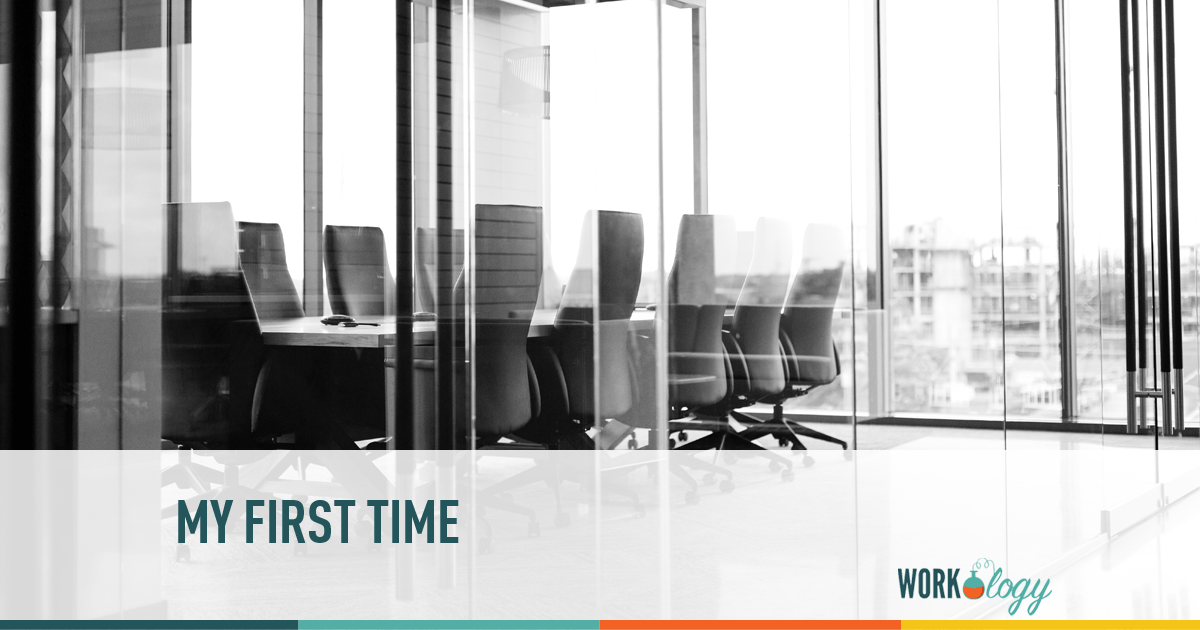 My first time happened in a gray and neon lighted filled room that was my boss’s office.  It was 2001 and I was a recent college grad working in a new role as an HR Manager.  My palms were sweaty as I fidgeted in my chair.  I had spent the last few hours reading, evaluating, and role playing every possible scenario.  It was my first time and I wanted to get it right.

The First Time & the Role of an HR Manager

First times are hard regardless of the situation.  They are new territory and experiences that make us uncomfortable because of that uncertainty.  My first time happened two months and two weeks after starting my role of HR Manager.  Target, the company where I worked had an involved eight week training program for management.  The training wheels were off, and I was new and alone as Retail HR Manager in my first store.  The situation was simple, but that didn’t make it easy.  I had to fire an employee for his blatant and habitual absenteeism.

Working in the retail or service industries, firing employees for things like absenteeism or no call no shows (NCNS) is common practice. NCNS happens when an employee fails to call in for work and after two consecutive days of this occurring, the employee is generally considered to be quitting voluntarily by job abandonment.  General absenteeism is a bit more complicated.  Employees are late or call in frequently on a consistent basis and over a period of time.  Attendance problems can affect the level of service you are able to provide.  Meaning the less people clocked into work or working at your establishment, the longer the wait times and lines in which to serve your customer.  In the service industry, customers are the heart of business, much like employees are the heart of our role in HR.

Tom was an average employee.  He’d worked for the company during most of high school and into college.  A six year veteran, he was on the extended college plan transferring from our store to another during the school year and summers.  Tom happened to be the son of the county’s judge, and truth be told, he was a little entitled to say the least.

Tom had a habit of strolling into work whenever he felt like, sometimes 15 minutes, 30 minutes, or 2 hours late.  He happened to be a part-time supervisor for cashiers.  He was trained in every aspect of the store and not having him come to work on time was hurting our business.

Oftentimes that happens in HR. I was tasked to involuntarily terminate an employee.  This is fancy corporate speak for firing employees.  So I led the conversation with just me, Tom, and another male department manager.  I was greener than beyond imagination and nervous beyond compare.

“Tom, as you know you have been late to work repeatedly on the following occasions <insert dates>.  Your boss, Chris, spoke with you on blah, blah, and blah <insert dates>.  And yet Monday, you were late again by 17 minutes.  I’m sorry, but today is your last day.  You are being terminated for excessive attendance.  This means you no longer work for our company,” I said.

As with most involuntary terminations it went pretty much like that.  It was nothing out of the ordinary and yet my hands were shaking the entire time. I was filled with mixed emotions being anxious, nervous, guilty, and frustrated.   Tom knew it was coming and his attendance problem was pretty much black and white.  I asked Tom to sign our company’s termination form and turn in his badge and employee discount card.

My first time firing and employee was going off without a hitch until . . . Tom started asking questions like, “What happens to my unused vacation?” and “Do my health care benefits end today?” and “Can I work at the other store?”  I had no idea how to answer.  I was a newbie less than three months in.  Having been my first time to fire an employee, I had no answer to questions I didn’t expect.

Working with employees in the role of HR manager is never easy.  It’s also the questions that we least expect in our roles that we are responsible to answer and educate the employees as well as managers and leaders we work with.  So as Tom asked those questions, I fumbled the papers on my desk, even grabbed my HR training three ring binder, and had no idea what to say to him.

It seemed like forever, but I finally broke the silence and told Tom I didn’t have the answers.  I felt horrible and nearly threw up.  I had failed as an HR Manager.   But instead of sending him on his way, I promised to follow up with him tomorrow with the answers he needed and deserved to know.

My First Time with Involuntary Termination

One of my favorite answers to questions in my HR career is, “I don’t know but I will get back to you with the answer,” and I do just like I did with Tom that next day.  I called my mentor asking for advice and answers to those questions.  It was a learning moment for me.  First times are often scary moments but they are also learning moments, and my first time firing an employee was one that I’m not quick to forget.  It’s the way we handle first times that really show the individual that we are.  I called Tom and even offered to meet him over coffee.  He declined and I realized that it was his first time too.  He’d never been fired.

In HR just like in life, there are a lot of first times.  They say that practice makes perfect but firing employees is something that will never get easier or less complicated the longer I am in my career.  While first times are never easy, learning how to fire an employee was not one first time I will ever forget.