The Future of HR Technology Starts with Blockchain 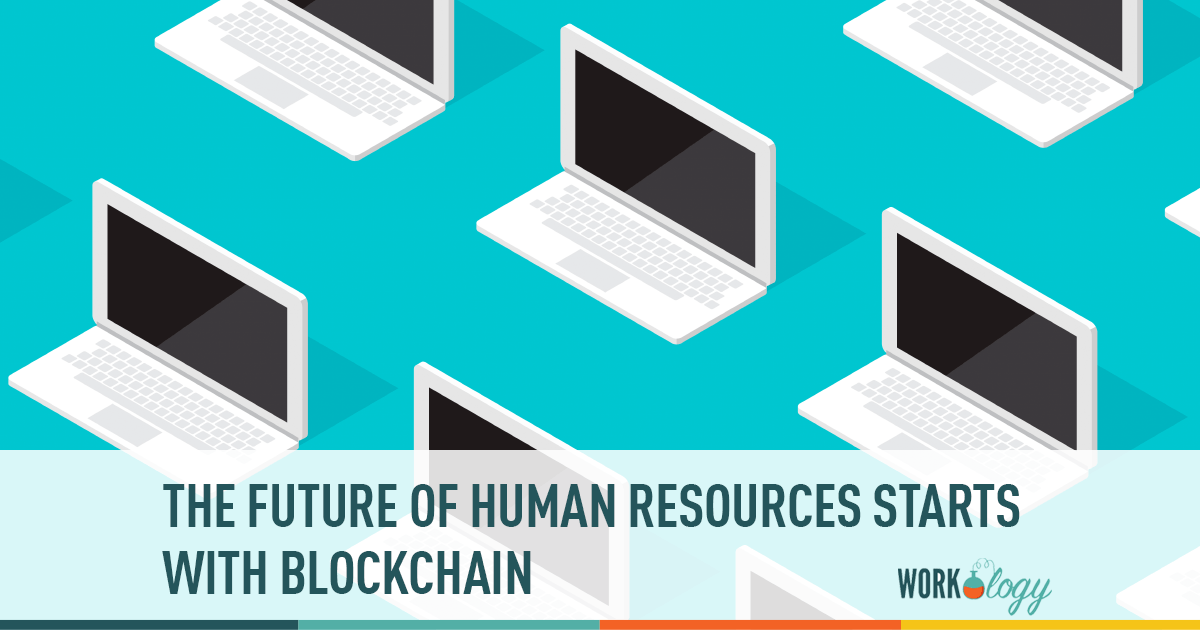 Blockchain isn’t the newest technology, but it’s becoming more mainstream and has the potential to disrupt everything we do online and in the real world, including traditional HR processes.

What is blockchain? A blockchain is a digitized, decentralized, public ledger of all cryptocurrency transactions. Constantly growing as ‘completed’ blocks (the most recent transactions) are recorded and added to it in chronological order, it allows market participants to keep track of digital currency transactions without central recordkeeping. Each node (a computer connected to the network) gets a copy of the blockchain, which is downloaded automatically.

Originally developed as the accounting method for the virtual currency Bitcoin, blockchains – which use what’s known as distributed ledger technology (or DLT) – are appearing in a variety of commercial applications today. Currently, the technology is primarily used to verify transactions, within digital currencies though it is possible to digitize, code and insert practically any document into the blockchain. Doing so creates an indelible record that cannot be changed; furthermore, the record’s authenticity can be verified by the entire community using the blockchain instead of a single centralized authority.

While it’s true that any database today could record transactions in this manner, what makes blockchain different is that instead of the transaction being kept on one server and owned by one company, the data is encrypted and stored in “blocks” across a global network of computers. As more data gets stored, you get a chain of blocks. Hence, “blockchain.”

Blockchain As a Means of Data Security for HR

Why does this matter to HR? Any business that relies on data – such as recruiting firms – should be aware of the growing importance of security with regards to employee and candidate data. The human capital management market hit nearly $11 billion in 2014 and is expected to grow to more than $17 billion by 2019. With this growth, combined with the increased number of hacks, we should be thinking about data security specifically when it comes to our HR technology.

As tax season begins, the Internal Revenue Service is urging employers to educate their HR and payroll staff about a Form W-2 phishing scam that victimized hundreds of organizations and thousands of employees last year.

“The Form W-2 scam has emerged as one of the most dangerous phishing emails in the tax community,” the IRS said in a January 2018 alert. During the last two tax seasons, “cybercriminals tricked payroll personnel or people with access to payroll information into disclosing sensitive information for entire workforces,” the alert noted.

In addition to educating payroll or finance personnel, the IRS urged employers to consider:

The majority of data and transactions within companies like Linkedin, Facebook, Equifax, JP Morgan and others are centralized, meaning the sites collect data and store it on their servers. This also creates a single point of failure with data, because if their servers go down, get hacked, or the company goes out of business, information could be lost or compromised.

Blockchain technology takes power away from single organizations and offers a layer of security that you can’t get from centralized organizations that are getting hacked. An example of this was the recent Equifax data breach that impacted more than 145 million Americans.

I’ve talked about data security before for HR which is a growing concern. This includes phishing schemes and hacks more commonly directed towards employees and employee data including candidate data, employee information, using email and other HR tech systems.

The Possibilities of Blockchain for Human Resources

Security matters aside, there are many advantages of blockchain, specifically in its distributed ledger technology (or DLT). For HR, the potential uses for DLT are limitless. For hiring, access to academic credentials and certifications could reduce the amount of time recruiters spend verifying information.

Efficiencies resulting from DLT can add up to serious cost savings.  DLT systems make it possible for businesses to streamline internal operations, dramatically reducing the expense, mistakes, and delays caused by traditional methods for a reconciliation of records.

Considering that HR is a data-intensive function, blockchain could have many more applications within the department’s scope. For example, smart contracts, or computer protocols that help to facilitate and manage the transfer of digital currents are assets, are stored in a blockchain. This could be particularly useful in the case of freelance and contract positions where smart contracts could ensure payment only for completed work.

Unlike financial applications, recruiting resumes or job histories don’t have any current scenarios in which the history is currently trusted. This means that HR’s use of blockchain technology will likely be confined to verifying and documenting education and training – at least, at first. As the technology expands and security issues are addressed, we expect to see more companies and institutions adopt blockchain, adding employer verification, background checks, salary information and history to its utility in the HR space.