How Young Is “Old” In Tech? 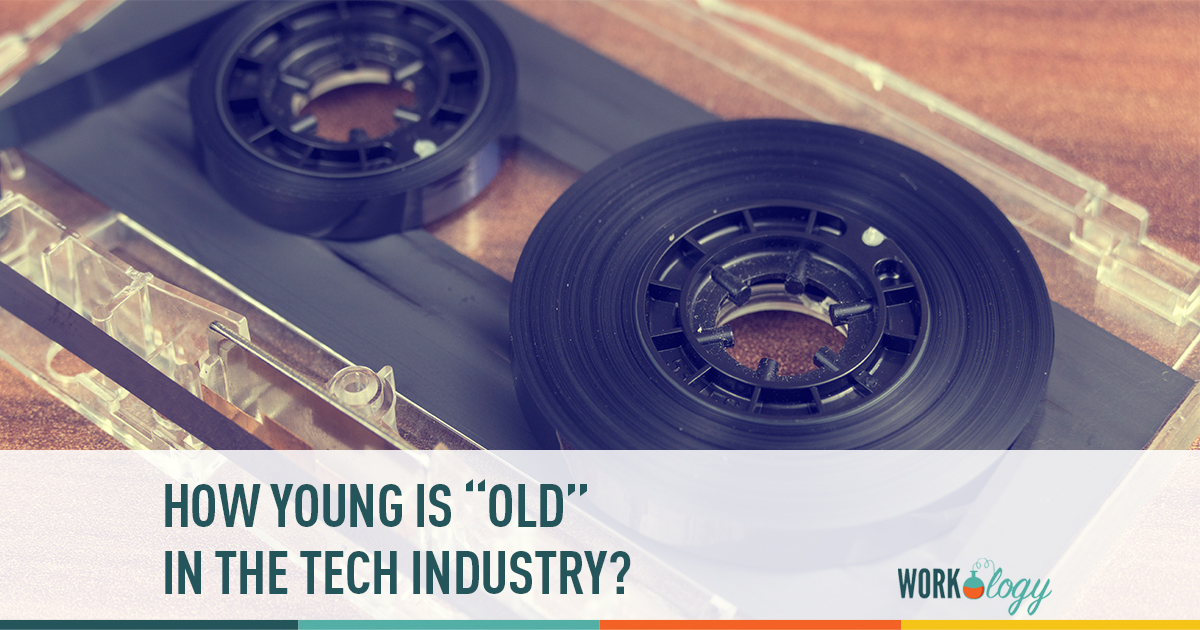 According to a recent survey by Indeed 43% of tech workers are worried they’ll lose their jobs when they age out of tech’s ideal. All workers worry about ageism, especially as they get closer to retirement age, but what’s different about tech is how young those worries set in.

Older Millennials, that is, those in their early 30s, are already concerned they might be edging over the hill into irrelevancy – no matter how much more skilled they are than their younger selves. Indeed found that 46% of the tech workforce was made up of Millennials, 27% Generation X and the remaining 26% were Boomers. Despite Millennials being the majority of the tech workforce, Indeed found that not only was worrying about age common, 18% of tech workers worried about ageism “all the time.”

As Raj Mukherjee points out at the Indeed blog, stories of tech workers getting plastic surgery to look younger, or finding work becoming much harder in your 40s and 50s are common. Where ageism in other industries tends to mean prejudice against workers in their 50s, 60s and 70s, tech has its lower threshold in common with Hollywood, fashion and pop music, three other spaces where youth is considered essential, and not just to marketing.

There’s a sense in all of these industries that youth and creativity are inextricably linked. But that sense may have more to do with cultural bias than reality. As Mukherjee points out, 85% of Nobel Prizes go to people in their 30s and older. Some of tech’s most celebrated engineers and innovators are doing their best work now, decades after their big breakthrough. Elon Musk is more likely to be remembered for Space X than PayPal. Though we’ve been trained to associate youth with fresh ideas and creativity, innovation isn’t actually the province of the young. Creativity and drive, the things that make innovation possible, don’t belong to any one kind of people or industry. The willingness to “put in your dues, though,” that’s more likely to be found in the young.

Is It Really About Exploitation?

While ageism persists, Silicon Valley itself is ageing – those first few waves of disruptive tech startups have settled into their new big business status, employing thousands of people, facing down monopoly suits, and trying to crush or absorb younger competitors. (Sometimes they even have functional HR departments!) Older workers are less likely to be willing to crunch crunch crunch for some far off goal like shares that may someday be worth something, and instead want their raises, benefits and time off now.

Traditionally younger workers in all industries are more willing to take career risks or accept jobs with fewer core benefits and perks. But Millennials and Gen Z, many of whom are burdened by student loans, high rent, and other economic disadvantages are less and less interested in unpaid internships, accepting positions without benefits, or even “paying their dues” in hope of later reward. We’ve all read the articles about how workers in their 20s are so much more entitled than previous generations – but isn’t this just people looking out for themselves?

In industries dominated by a “rise and grind” approach to work, wanting to be treated well is easily read as laziness or selfishness. For a long time, tech has operated this way. Young engineers are valuable but still disposable – there’s another 100 where that came from. But as the managerial and leadership class of tech startups age into their 30s, 40s and 50s, and benefits, flexibility and fair pay overtake excitement and fooseball tables as essential work perks, the industry as a whole may rely less and less on underpaid young workers.

That could mean that at least one reason for ageism – a preference for workers who are more easily exploited – will be eliminated. Or, it could mean that the floor for “old” in tech will just get lower and lower.