How Will “Hire American” Affect Your Business? 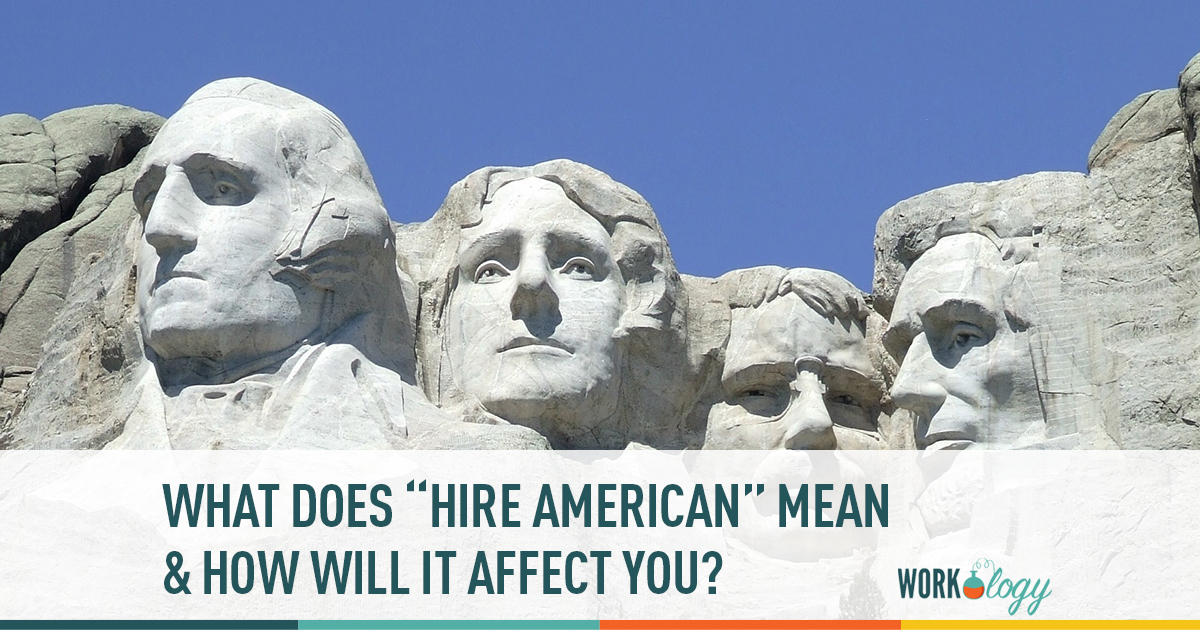 On April 18 President Trump signed a new executive order aimed at forcing business to prioritize American candidates. The Hire American order proposes changes to the H-1B skilled visa program. Each year the H-1B program awards visas to thousands of skilled workers, many of them in the tech industry or other STEM fields, to work in the United States for a few years. Top tech firms rely heavily on the H-1B program to bring in the best of global talent but opposition to the program has been getting strong in recent years. Opponents to the H-1B program worry that the companies are abusing the program to bring in cheap, foreign talent. Nationalists, like President Trump, argue that American companies should be prioritizing American workers — even when they aren’t the best person for the job, because, well, “America first.”

But what are the immediate and longterm implications of the President’s Hire American directive? I’ve gathered five years on the subject to help us suss that out.

Let’s start with the basics. HR Dive has created a short FAQ on the Hire American order to help us get our footing, covering what the order actually does, what happens to the existing system, and some of the immediate implications for businesses that are heavily reliant on the H-1B visa program.

The Forbes #BytesChat team weighs in on the kinds of labour policies we’re likely to see in the wake of President Trump’s Hire American directive. They chat with economic and labour policy experts to understand the immediate implications of the order and what kinds of policies and regulations we can expect to see flowing from it. They point out that while H-1B visas can be used to hire cheaper, foreign labour, the cap is so low that these hires can’t have a huge impact on overall wages, they are a “drop in the bucket.”

In a recent survey 63% of IT leaders said that the H-1B visa as it stands met their needs — and 61% felt that the proposed changes to the program would make it harder to find the skilled workers they need, as well as more expensive. While the Hire American order purports to make things better for companies who want to hire the best of the best — using a merit-based system to prioritize highly-skilled and highly paid workers — it doesn’t seem like tech leaders have much confidence in it.

Competition for the best talent in tech and other STEM fields is fierce, which is part of why the H-1B visa program has become essential for so many American businesses. But if it’s reformed, how will businesses fill all those open positions? You could invest in training your own workers, which is a good idea but slow and costly. You could also push help to fund bootcamps, fellowships and other things that contribute to a talent pipeline. But business can’t be expected to bear the whole cost of educating and training the next generation of workers. But as Patrick Gillespie points out at CNN Money, the Trump administration actually proposes slashing funding for job skills and training programs. (Not to mention the President regularly speculates about the possibility of defunding certain public universities.)

Over at the New Yorker, Adam Davidson is thinking about the executive order a little differently. He’s thinking about its emptiness, both in terms of substance (how much does the order change things, really?) and in terms of rhetoric (what does Hire American mean when Mar-a-Lago relies on cheap foreign labour and the order was announced at plan owned by a company that offshores jobs?). How do you even determine what Buy American and Hire American means in a globalized market? The real problem, Davidson says, isn’t programs like H-1B or even globalism itself, it’s that

For much of the twentieth century, there was a wind at the back of working people—a steady increase in jobs, wages, and opportunity for those with basic education and a willingness to put in a hard day’s work. We have shifted from the era of good work for many to the age of the hustle, where those with luck, good connections, education, and ambition can do far better than their grandparents could have dreamt, while those without see their incomes stagnate or fall and face a future filled with doubt.