How Will Autonomous Vehicles Affect HR? 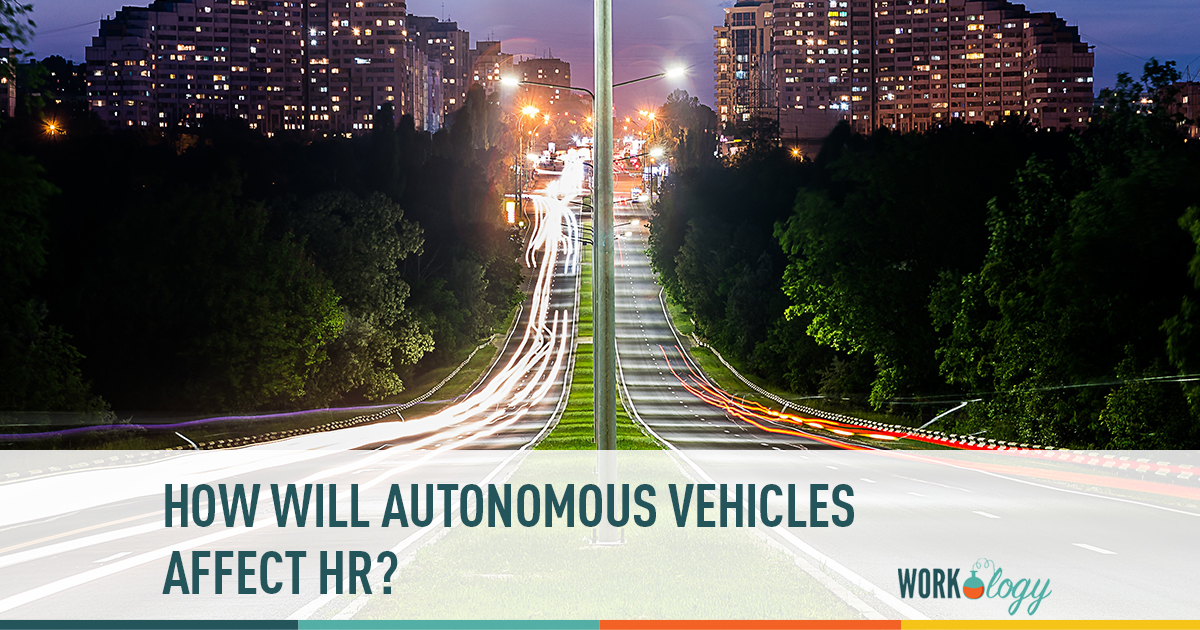 In a recent post at Omega HR Solutions I talked about Uber’s efforts to develop autonomous cars and how that might hasten the replacement of Uber drivers now classified as employees. According to the website CB Insights there are 33 different companies, in a variety of industries that are trying to develop autonomous vehicles. That got me thinking about how HR could potentially be affected by the change to autonomous vehicles.

On the surface it might seem weird to connect autonomous vehicles to HR. After all, what does HR have to do with employee’s cars? As it turns out there are several ways I could think of that HR might be impacted. Here are some of them:

What Will Change In Your Company?

The purpose of this post is not for me to try to guess how every HR department will change. It is an exercise to get you to start thinking about how YOUR company may be affected by changing technology, such as autonomous vehicles. The time to start thinking about this is NOW. Technology is going to advance much more rapidly than you think. There are over 33 companies working on developing a variety of autonomous vehicles. With that power of development we are already seeing these vehicles on the road, even in India where the traffic is notorious for being bad.

So put on your thinking cap and try to figure out how your company could change if technology was introduced in the _______ department and how might that change HR?

Try to be ahead of the curve.