How Will 3-D Printing Shake Up the HR World? 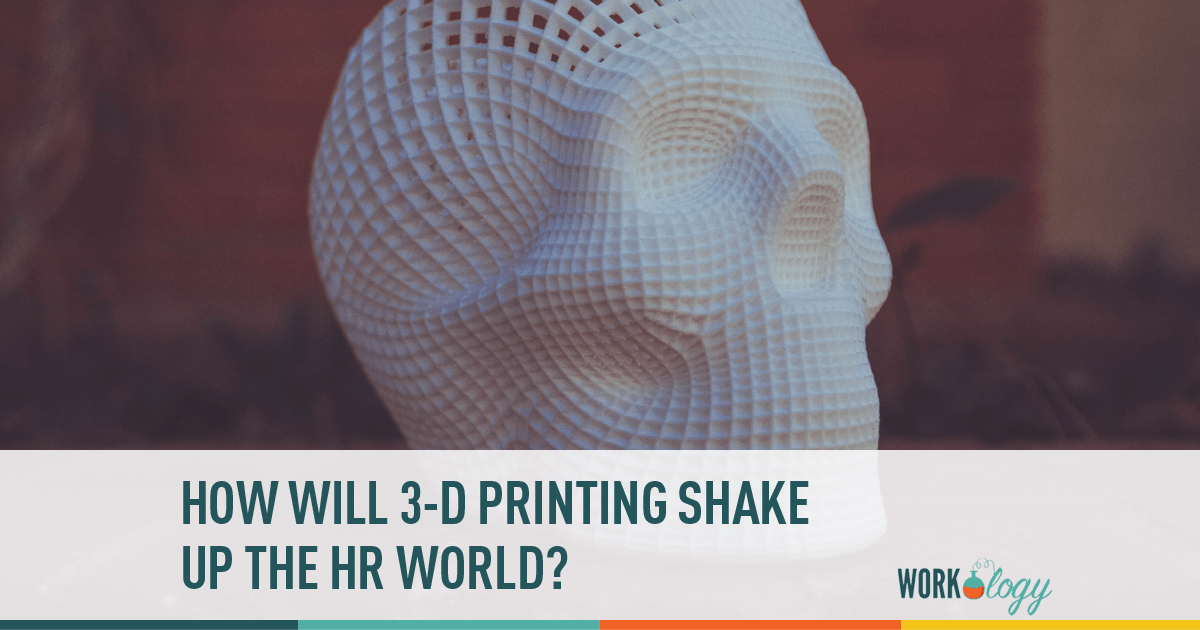 One of the big emerging technologies that is predicted to have a huge impact on business is 3-D printing. As a result one of the areas that will be disrupted by this technology will be HR. Let’s explore how it will shake up the world of HR.

How business will be disrupted

One area that will be disrupted is manufacturing. According to a study by Frost & Sullivan, called the Future of 3-D Printing—Key Implications to Industries, the whole nature of manufacturing will move from large centers that deal in mass production to smaller centers that deal in customization. 3-D printing allows for major reductions in cost to produce by cutting prototyping costs and times. Inventory costs will be reduced as well as the space needed to store them. Overall production time can be reduced, and waste can be reduced as well.

According to Frost & Sullivan there will be four possible models for 3-D manufacturing. First current manufacturers can move to the technology. Secondly a level of contract manufacturers might develop with the technology. Lowering costs of printers lowers the barrier to entry into the marketplace. Thirdly, an online 3-D trade might get started. Lastly a home-based retail market might develop. In reality all four of these already exist and will do nothing but get bigger. Frost & Sullivan’s analysis “expects the market to witness a three-fold increase in current revenues to reach $21.50 billion in 2025.”

Not only will 3-D printing have a potential major disruption on manufacturing and other industries but I think it will have a disruptive effect on HR as well.

This technology is not really slated to take off until around 2025, which by the way is a mere 10 years from now. Will your business be affected? How will you be prepared to address the changes? Better put on those thinking caps now.