How to Get Ahead in Ballet Flats 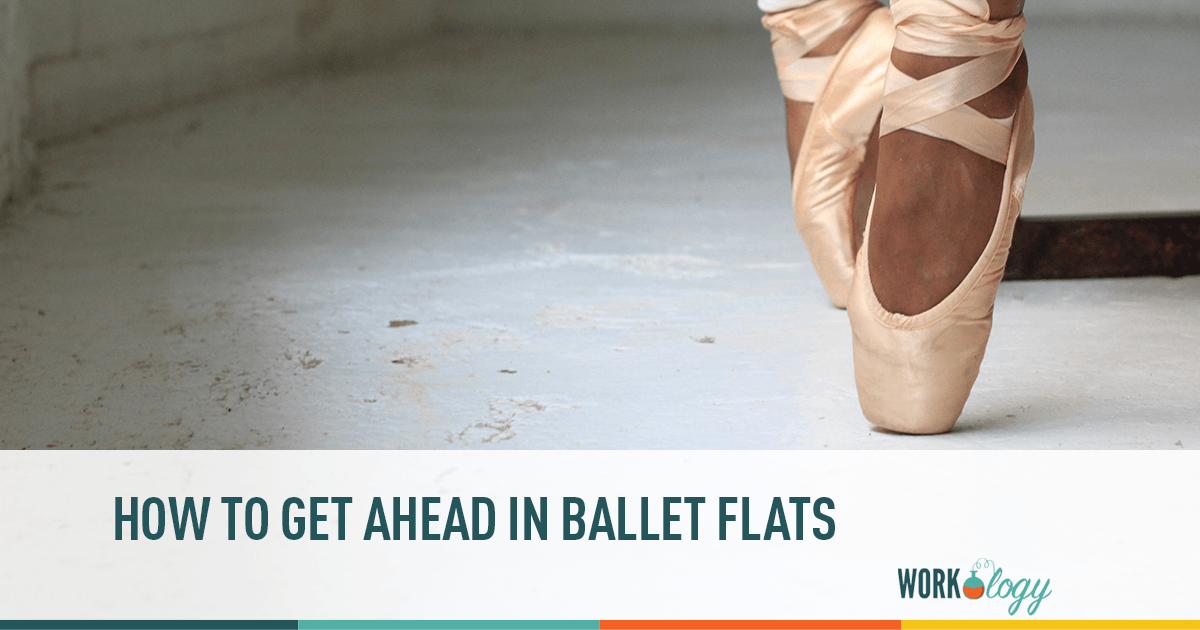 “I’m not going to get ahead in ballet flats.”

That’s a quote from Marnie Hampton, an investment banker and devotee of the so-called “Stiletto Whisperer,” Victor Chu. Based in New York City, Chu has developed a group workshop that teaches beheeled women to navigate the tricky terrain of New York City. According to the New York Post, Chu promises to fix common problems he sees women commit such as “falling down into subways” by encouraging leg and heel strengthening exercises and ensuring proper posture: engaged abs, relaxed hips and knees, and straight-back shoulders. He teaches the class wearing tennis shoes.

Unfortunately, the cultural pressure to wear sky-high shoes in the workplace isn’t a figment of Hampton’s imagination. Just take a look at these book covers marketing business advice to women. This month, comedienne Amy Poehler was forced to defend her sensible shoes to Vanity Fair, even as glamor icons Kate Middleton, Snooki, and Jessica Simpson have been reluctant to slip them off even in pregnancy. And in what can only be described as a case study in stupidity, some women are resorting to plastic surgery (called “toe jobs”) to better fit into their six-inch stilettos.

If there is one place in desperate need of some good ol’ fashioned feminism, it’s the runway.  But since Vanity Fair is unlikely to cow-tow to our demands anytime soon, let it suffice to say that it is possible to get ahead in ballet flats. Here’s how.

Pay attention to your posture.

95% of women have no idea how to walk in heels, rendering their power-play laughably ineffective. Don’t be one of the herd: instead, opt for fashionable flats or kitten heels and pay attention to your posture instead. Good posture has a measurable effect on confidence–one of the main indicators of high performance.

Power Pose for 15 minutes a day.

All kinds of research has been done on the link between strong, open body language and career success.This TED Talk is a good place to start learning about the poses that will boost your resilience, creativity, confidence, and peer perception.

High heels and a stylish suit are a poor substitute for high performance. If multiple Saturday-morning Dance Moms marathons have taught me anything, it’s that the best can afford to be frumpy. Competence is the new black.

The Bitchy Fashionista is a straw man–no one worth knowing, and certainly no one you want pulling the strings of your career–is really spending a ton of time analyzing your wardrobe choices. So don’t let Vogue and Glamour intimidate you into thinking that you must own eighty pairs of shoes to be taken seriously.