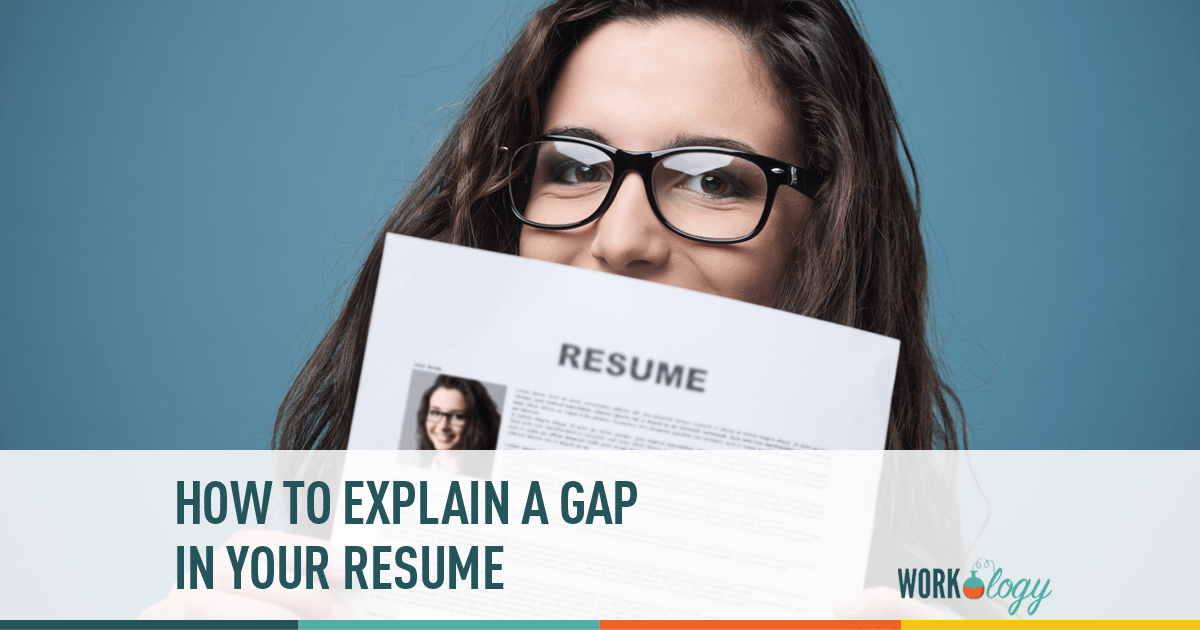 When you’re on the job search, a break in your work history can seem like a glaring red mark on your resume. It may even feel like the one thing preventing you from getting a job.

But that’s not necessarily the case. In fact, chances are things are not as dire as you may think.

The good news is that you’re not the only one in this situation. Many, many people have gaps in their resume, especially in the aftermath of the Great Recession. The better news is that there are easy and effective ways to address your period of unemployment.

Don’t Try to Hide It

The worst thing you can do is to try to disguise a gap in your work history with a lie — say, by extending your dates of employment in a previous job. It takes just one phone call for a hiring manager to uncover your lie. And once it’s been revealed, you can be sure you’ll be out of the running for the job.

What if you use just years, not months, when reporting your tenure with prior companies? The truth is this tactic may actually harm you more than help you. Omitting the months of employment is a dead giveaway that you’ve got something to hide. When hiring managers see years only, a red flag immediately goes up.

Use a Cover Letter to Your Advantage

There are many advantages to including a cover letter with your resume, not least of which is that it allows you to proactively address concerns a hiring manager may have about your resume — such as a period of unemployment.

Keep in mind that a small gap in employment — two or three months, for instance — is unlikely to raise eyebrows with potential employers. You don’t need to provide an explanation for such a short break in your application materials.

Hiring managers are most concerned if you have been out of work for longer periods. That’s because they worry your skills may have grown rusty, or you’ve fallen behind your peers during that time.

Use your cover letter to explain why you were out of work — perhaps you took time off for family or medical reasons — or, better yet, to discuss what you have done to remain professionally engaged. That can include temporary work, volunteer work or involvement with industry groups. Also be sure to mention any professional development you have undertaken, such as a software course or credential program.

One thing to remember: Don’t get into the nitty-gritty in your cover letter. A sentence or two of explanation is usually sufficient. That’s enough information to answer the hiring manager’s initial concern and show you’ve got nothing to hide.

Be Prepared to Go Into More Detail

Don’t be surprised if the hiring manager wants to know more about your employment gap during the interview. Have a response at the ready.

Again, be honest and try to keep things as concise as possible. If you left a previous job on bad terms, remain professional and don’t badmouth your former company, boss or colleagues. Shift the conversation to the positive aspects of the job — namely, your positive contributions in the role.

How do you explain your employment gap?

Robert McCauley is a career expert with Robert Half, a leading specialized staffing firm that helps skilled professionals find rewarding temporary and full-time jobs in a variety of fields. Robert has been writing about the job search and careers for more than 10 years. Connect with him and Robert Half on Twitter and YouTube.