How to Calculate FLSA Overtime Pay 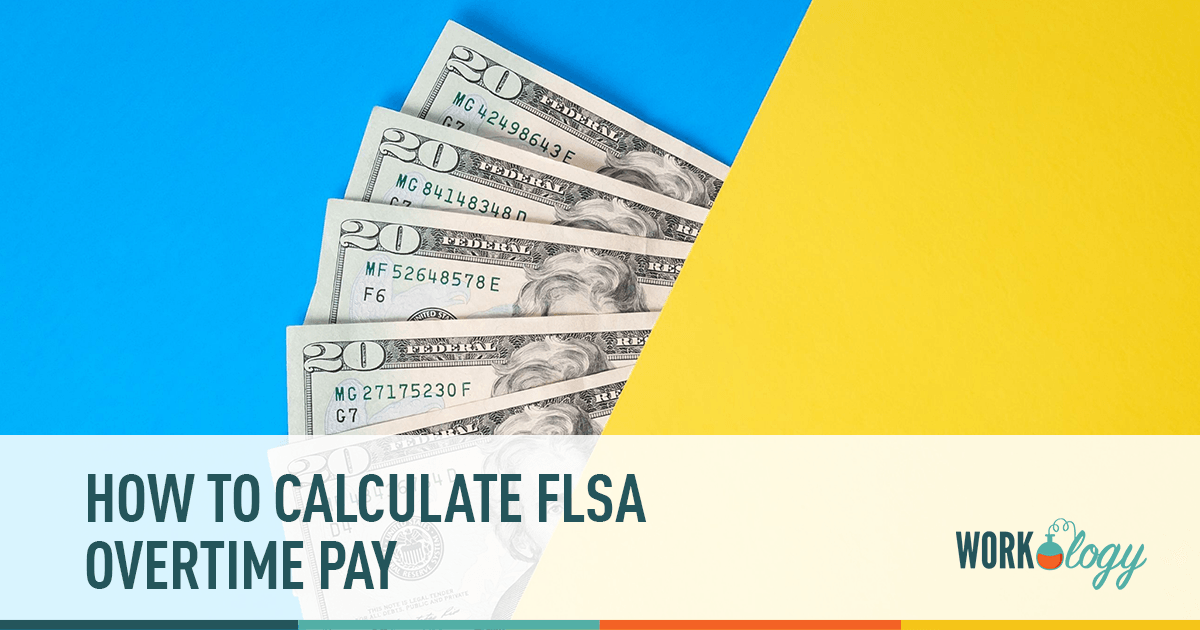 The Fair Labor Standards Act (FLSA) establishes minimum wage, overtime pay, recordkeeping, and child labor standards affecting full-time and part-time workers in the private sector and in Federal, State, and local governments. The FLSA applies to employers whose annual sales total $500,000 or more or who are engaged in interstate commerce. The law covers nearly all workplaces.

In order to calculate overtime pay, we must first understand how the FLSA classifies employees. The FLSA makes two distinctions between an organization’s employees: exempt and non-exempt.

Exempt employees must be paid on a salary basis and must have exempt job duties. A salary basis means that the employee receives a predetermined salary regardless of the number of hours they work. As of January 1, 2020, the FLSA salary threshold is $36,568 per year (or $684 per week). The FLSA rules allow employers to use nondiscretionary bonuses and incentive payments (including commissions) that are paid annually to satisfy up to 10% of the standard salary threshold. Although some employers require exempt employees to track their hours worked, many do not. An exempt employee is not paid overtime wages for hours worked over 40 in a workweek.

Non-exempt employees must record their hours worked each workweek and must be paid overtime wages in an amount of 1.5 times their regular rate of pay for all hours over 40 in a workweek. Most nonexempt employees are paid by the hour, but some are paid a salary, or via other methods such as piece rates, commissions, or a combination of pay methods.

How to Calculate FLSA Overtime Pay

The U.S. Office of Personnel Management (OPM) provides the following example for calculating overtime for a non-exempt employee. Follow the steps below to compute FLSA overtime pay. The example is based on an annual rate of basic pay of $43,251.

An employer’s failure to properly calculate the regular rate can generate liability under the FLSA, which has a three-year statute of limitations and allows for recovery of unpaid wages, liquidated damages, and attorneys’ fees.

The SHRM and HRCI certification exams typically will include questions about how to determine if an employee’s salary is above or below the threshold and how to calculate FLSA overtime pay, so you’ll want to know the basic requirements for non-exempt and exempt employees as well as how to calculate overtime based on the time and a half rate.