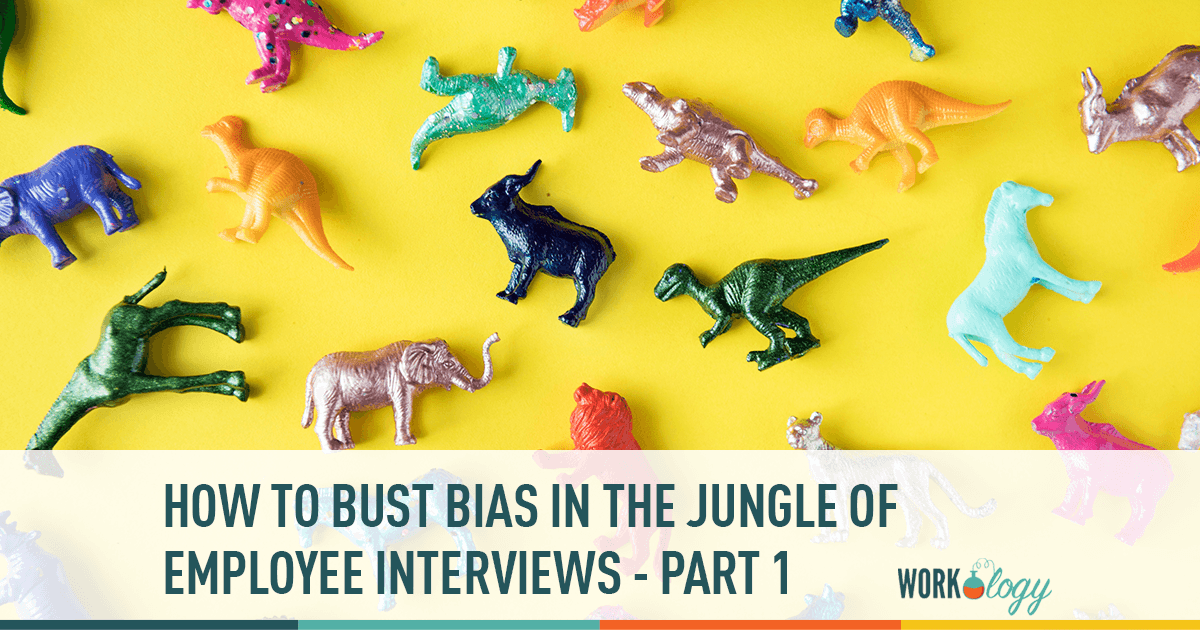 Interviewing appears simple: manage a conversation about the experience, credentials, aspirations of your candidates and align your findings to your opportunity. However, significant problems arise. For example, diversity is literally front and center on the ERE Recruiting blog and it’s covered in many other publications as well. Yet, progress toward more diversity in corporate leadership and technical teams remains slow.

In this three-part series, I’ll discuss some of the reasons bias has such an impact on interviews, and what we can do about it. I am also looking forward to interacting with fellow recruiters personally during the ERE Recruiting Conference in Orlando on October 15-17 where I will lead a round table on interviewing.

Why Are We Crawling, Not Sprinting, Toward Diversity?

One reason is the way our brains are wired. A meta-analysis of bias in employment decision making published in the Journal of Applied Psychology shows interviewers (both male and female) chose men over women for male-dominated jobs. Bias was high when interview feedback evaluated applicant competence as average. Bias was also high when interview results were ambiguous with mixed feedback on applicant competence.

The Evolutionary Basis for Cognitive Bias

Brain researchers and social scientists have identified well over one hundred and fifty types of cognitive biases. Our brains need shortcuts to process information. Biases are shortcuts rooted in survival and efficiency. Our brains use cognitive shortcuts to parse information, remember certain bits, bring meaning to info, and sort out these inputs so quickly that we don’t even perceive what’s happening. Back in the hunter-gatherer days this helped ensure that we could dedicate our attention and effort to a task while still being able to respond to environmental cues that indicated a threat… like a lurking tiger. These brain processes function similarly in the modern world: many biases work together in an interdependent and automatic way so that we can work efficiently while keeping ourselves safe from harm.

In the study referenced above, it appears that one common cogInterviewing appears simple: manage a conversation about the experience, credentials, aspirations of your candidates and align your findings to your opportunity.nitive bias affected the ability to build diverse teams: The ambiguity effect. When there are unknowns and ambiguity, we tend to use a rule of thumb to help us decide on a candidate rather than seek clarity or more information. This has to do with what economist Daniel Kahneman calls cognitive ease. The basic premise of this concept is that, when possible, our brains our wired to use shortcuts to arrive at answers quickly rather than expending effort to think hard about them.

When an interviewer leaves the interview session with unclear and ambiguous feedback, then stereotypes and bias often fill the void. Our biological predisposition to cognitive ease leads us towards hiring decisions where we succumb to decisions driven by stereotypes. The good news is that, as a strategic recruiting professional, you can guide your hiring teams to build an interview process that is robust enough to discourage decisions made by bias while keeping it agile and responsive enough for the real world.

In the next part of this article, we’ll cover specific strategies you can use to combat bias by reducing interview ambiguity.

Jodie has been recruiting full time since 2008. She understands the talent acquisition life cycle and shares her professional expertise regularly as a contributing author and speaker. She started in the franchise industry: pipelining new franchise prospects, streamlining vetting, and improving lead generation. Then she launched a staffing agency franchise and eventually focused on recruiting designers and developers to deliver marketing projects through her own consultancy. When a key client was acquired, she began recruiting hardware and software engineers. She has a track record of success sourcing and placing technical and leadership talent, building high-performing teams, and optimizing both candidate and hiring team engagement. She leverages her extensive experience directing, revitalizing, and strengthening complex recruiting operations to deliver recruiting business partner consulting and placement services through Ruit Leaf Recruitment.