Wages, Savings and Hiring: Disability in the Workplace 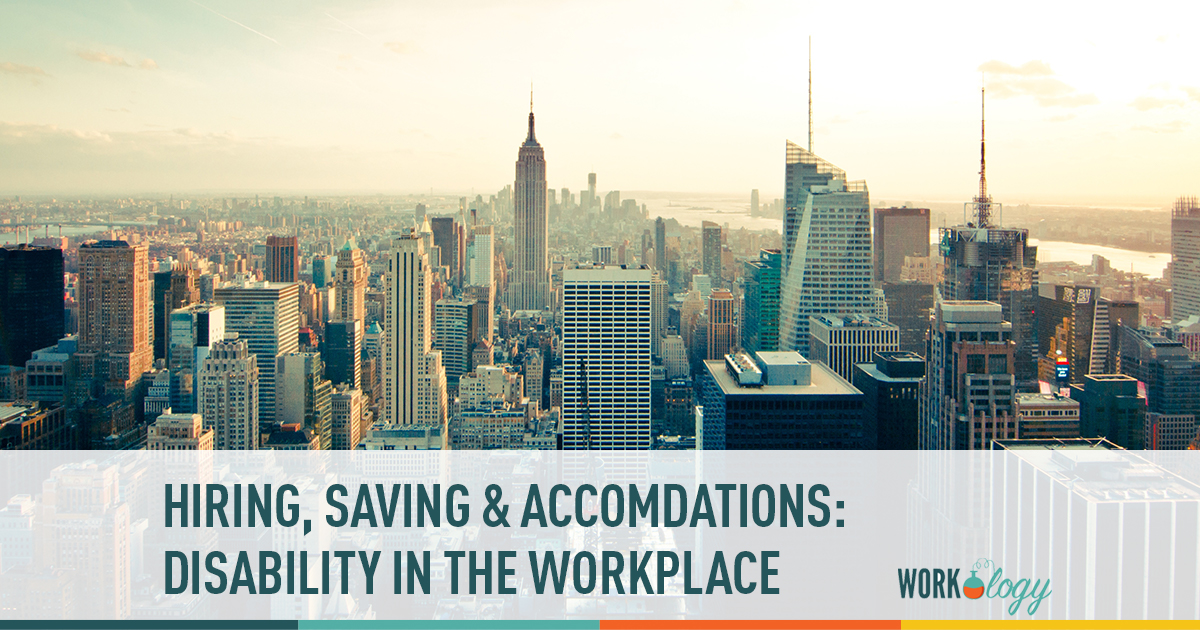 This week a friend of mine was finally able to access disability benefits. It was a months long alienating and depressing process. In truth, he would have been happier to continue working but no workplace was able — or perhaps willing — to make the kind of accommodations he needs. That’s why we’re reading reading about how poor the employment prospects really are for many people with disabilities.

Wages, Savings and Hiring: Disability in the Workplace

Apparently there is a hot debate in the UK over whether employers should be allowed to pay less than the minimum wage to adults with learning disabilities. The argument goes that employers don’t want to hire adults who aren’t “worth” the minimum wage, thanks to their need for accommodations, reduced work hours and other workplace challenges. Therefore, if we allow employers to pay adults with disabilities less, more will be hired. But this strikes me as an entirely backwards formula — why should we facilitate discrimination in order for adults with disabilities to make a pittance? Families with two adults working 40 hours a week at minimum wage often scrape the poverty line. Even with social assistance adults with disabilities paid a token wage for hard work would rarely make enough to live on. Will getting people into the workforce really improve quality of life if it doesn’t come with a worthwhile wage?

This is an old story but it’s worth revisiting. Back in 2013 NBC news investigated Goodwill’s exploitation of section 14 (c) of the Fair Labor Standards Act, which allowed them to pay just pennies an hour to disabled workers. Their justification for the program was that a) they could only afford so much, and b) they were at least giving disabled workers a chance. In order to determine wages for section 14(c) workers, Goodwill used a stopwatch to gauge how efficient they were — and then dropped their wages.

Now consider this idea, that we should pay disabled workers less in order to encourage hiring, in light of this next story-

People with Disabilities Finally Get a Way to Save Money

A new kind of savings account, called ABLE accounts, will allow people with disabilities to save $14,000 a year without losing their benefits. According to the AP,

The accounts, which were made possible by a law signed two years ago, are operated by individual states and are similar to 529 college savings plans. So far, 16 states offer the plans and about 10 more are expected to do so this year. Most of the states let non-residents sign up. Each state has different rules or maintenance fees, with some charging as much as $15 every three months.

The argument for paying less than minimum wage is that it would allow people with disabilities to make money without affecting their government benefits. The argument against allowing people with disabilities to save money is that it would affect their benefits. Being unable to save makes you tremendously insecure, both in terms of housing and overall finances, but it also makes it harder for you to enter the workforce. Imagine being unable to ever save enough to get a new outfit for an interview? Or to take a chance on a long distance opportunity? If all of these strange workarounds, which only serve to dehumanize people with disabilities and make them more insecure are about maintaining their benefits — maybe there’s something wrong with benefits?

See How Your State Ranks In Employment Among Workers with Disabilities

Out of the top 10 states, Minnesota saw the biggest job gains, with 12,652 Minnesotans with disabilities entering the workforce between 2014 and 2015.

Pennsylvania, where jobs for people with disabilities is a key part of the state’s workforce development strategies, had 13,187 disabled individuals enter the workforce in the last year— the largest of any state in the nation.

But not all states have gained ground in 2016. Colorado dropped out of the top 10 and New York and Connecticut faced the biggest job losses in the country for people with disabilities.

Maine has the largest employment gap between workers with disabilities and the rest of the workforce. States with small employment gaps have more inclusive economies.

How does your state stack up? Check out the map below and then head over to Fortune to learn more.