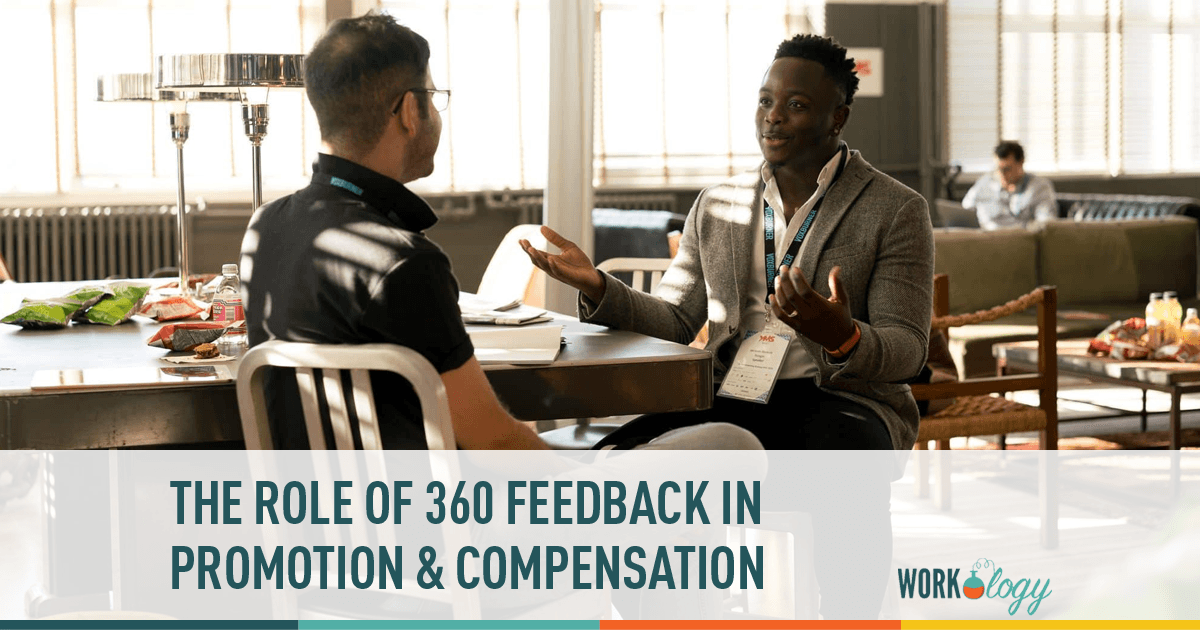 Once your company has started giving more frequent feedback, you may be wondering how this new system will impact compensation and promotion decisions. You may be inclined to directly use the information collected, as you did with your annual performance reviews. However, this could have consequences on your new feedback culture. We recommend that you try and separate feedback as much as possible from compensation and promotions.

One of the biggest problems with traditional performance reviews is that, rather than encouraging development, they often cause stress. With the potential to have a major impact on your employee’s job security and financial situation, rather than looking at the information as an opportunity for advancement, employees often look on it with dread. In fact, one report showed that the stress it can cause led 22% of employees to call in sick rather than face their performance review. Receiving mostly positive feedback is a relief, while constructive feedback merely induces fear. This completely undermines the objective of feedback: to provide insights for professional growth.

Instead, the feedback process should be linked more to learning and development. The more learning based the performance management process is, the more likely employees are to take risks that could lead to breakthrough innovation. What HR has to do is eliminate fear of failure from the equation. Linking pay and advancement to performance can stifle innovation.

When you cut these factors from the process it becomes easier for people to take feedback as an opportunity for improvement. Of course you still need a way to promote new managers and make compensation decisions. Here are three ways continuous 360-degree feedback can help you optimize your process:

1. Base promotions on leadership skills

Not everyone is cut out to be a manager – just because someone excels in the technical skills they bring to a team does not mean they will necessarily be good at managing people – or want to do so. Only one in ten people have what it takes to be an effective manager. In fact, Gallup alarmingly found that companies choose the wrong person for the job 82% of the time. Together the best managers can produce 48% higher profit than average managers. Companies such as Facebook are taking this to heart by making management positions lateral moves rather than basing them on pay grades.

What do great managers have in common? Google’s Project Oxygen sought to answer this common question within its own workforce. After conducting a company-wide study they found that skills such as coaching ability, communication skills and concern for employees’ well-being were even more important than technical skills.

Data analysts have proven that unconscious bias in the workplace is much more common than you think. Studies have shown that a ‘rater bias’ based on age, gender, race, sexual orientation and personal relationships often surfaces in performance reviews. When compensation and promotion decisions are made by one person (a manager), on an annual basis, there is a much higher possibility for bias to occur. For example, raters may often be biased due to poor performance on a more recent project which may cloud over projects that achieved great results in Q1, 2 or 3. Basing reviews on continuous 360-degree assessments limits the possibility for bias by bringing multiple perspectives into the equation. Having this more objective information allows HR to compare and address potential bias in the workplace.

So aside from promotions, how do you figure out the compensation question? Rather than linking bonuses to reviews, a gaming company using our product is now making promotion decisions based on the quality of feedback people give each other. Every month people vote on the best feedback they were given and the people who get the most votes receive a bonus. This system not only encourages people to simply give more feedback, but to really give advice they feel will help others develop.