How Male Recruiters Can Respond to Misogyny 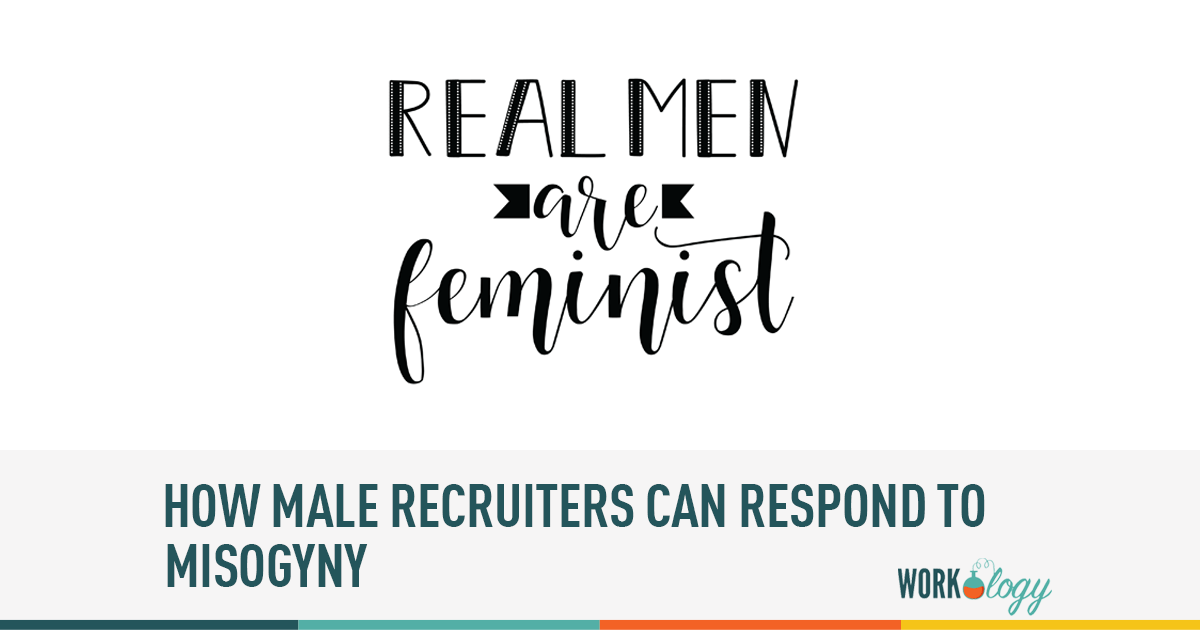 She laid her heart and soul right in your hands
and you stole her every dream, and you crushed her plans
She never even knew she had a choice
And that’s what happens when the only voice she hears is telling her she can’t
Stupid boy

If in the last month or so you have not been reading the news, I can tell you that the total misogyny that has rocked Hollywood for decades has finally arrived at the boiling point and women have had enough; good on them! While I am staunchly against the sexual assault and harassment I have seen in so many offices, I suppose I strangely have to thank those circumstances for making my life so much easier when it comes to recruiting women in tech.

Based on data from the US Census Bureau, the population of the United States comprised more than 325 million individuals, with females making up 50 percent of the total population. For those mathematically challenged folks like me out there, this means that more than half of the country is women. Yeah, that is right, WOMEN. Yet in the workplace there is a resistance to the very people who brought you and me into the world. Of the women the U.S., 45 percent were labor force participants in 2017 according to the World Bank, and globally, 224 million women have started or are running businesses.

So, what made you think you could take a life
And just push it, push it around
I guess to build yourself up so high
You had to take her and break her down

Honestly, I could go on and on about numbers and statistics all day long, but why? Maybe we can look at the intrinsic problem, maybe the heart of the matter, as Don Henley sings. Sadly, the answer is pretty simple: men feel the need to be superior. There is a conflict between our hunter vs. gatherer past and the needs of modern society, and when those worlds collide it can get ugly. It’s not you ladies, it’s us and it sucks. As a child, I enjoyed home economics a great deal more than I ever cared for shop. I enjoyed watching sports more than playing them. But I always did feel the need to participate because I was a guy and that is what you did. Girls did girlie things, cook, sew, play dress up, etc. They were never told that they had options because society found that disparaging and not the status quo.

There are groups out there now, like Women Who Code and Black Girls Who Code for example, that are being led by exemplary women. Women like Reshma Saujani, CEO of Girls Who Code, lead as of this date, a nearly 90,000-member organization. Kimberly Bryant, CEO of Black Girls Code, is empowering girls of color ages 7 to 17 to become innovators in STEM fields. By the way, knowing the level of misogyny and abuse at Uber, Ms. Bryant turned down $125,000 from Uber. Now that is making a statement!

What Should Male Recruiters Do?

We as male recruiters need to do more and be better not only in IT, but in all fields. The ceiling is being broken in some fields, but when I go to certain companies and I see the HR department or recruiting department where the office is predominantly women, yet when the VP comes out and it is a man younger with more than likely less experience than the women in the room, my eyebrow raises a little. I often stop and think why that is? What made him so special over all the women that were in that room? It is changing and I get that, but the pace is slow as molasses in the middle of winter and we, as men, need to raise these ladies up. When you see a woman struggling or being harassed, instead of looking down or away, report the perpetrator. Link your arm with hers and walk with her to report the offender. Stand beside her not as a protector but an ally. Take heed to the training that you receive and if you don’t have any seek it out because you may be mansplaining without even knowing it. That’s OK, we were taught wrong sometimes, and we need to accept that.

Before I begin my summation below let me add something else. Ladies: You have more power than you know you have. Like my brothers who support me, you too have sisters that support you. Lean on each other; lift each other up instead of being part of this problem. Don’t fall into the trap that if you act like a macho man, you are going to break that glass ceiling. It may work for you, but it will be stepping on the backs of other women that are working just as hard to make it. Lastly, women can, and have in the past, been just as predatory as men with the same lasting effects. There have been multiple cases lately of female teachers taking advantage of their young, as young as 13-14, male students as sexual predators. If you have not read the last story in my book that I published recently, pick up a copy to read firsthand what I am talking about.

You stupid boy
Oh, I’m the same old, same old stupid boy
It took a while for her to figure out she could run
But when she did, she was long gone, long gone

Sorry for the length on this one everyone, but it’s a topic that needs a great deal more attention and it is good to see that the bastion of Hollywood and the boys club that has been running it finally being pointed at with more than one finger. The light is scaring the cockroaches. The men who knew and did nothing but looked away, shame on you, you are as much of the problem as the men who acted horribly. Uber, Google, etc. are making concerted efforts to change and that is good, but we need to keep the fire going. We all as recruiters need to push managers to make better choices, making them not only consider female candidates but getting them in the door and preventing their male teams from harassing behavior. Ladies the time is now; you can do this. And men, we can do better at helping them get there.

Derek Zeller draws from over 20 years in the recruiting industry, and he currently is the Director of Recruiting Solutions and Channels with Engage Talent. Derek currently lives in the Portland, Oregon area. Follow Derek on Twitter at @Derdiver or LinkedIn.