How I, a Raging Control Freak, Learned to Trust my Team with DARCI 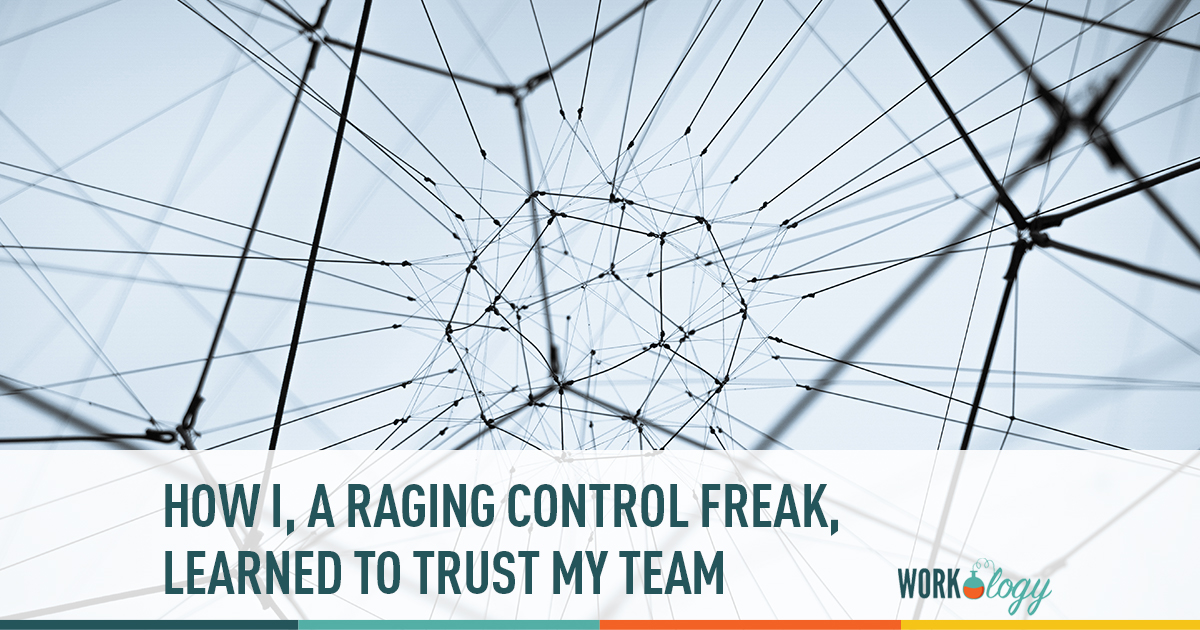 As the director of communications at a national nonprofit tech-y startup, the timeline on projects moves incredibly quickly. Coming from a Higher Ed background I didn’t truly know what “fast” meant until I joined the startup world.

My first question to my team was: how do we keep moving at this pace, together, and not burn out?

Being able to efficiently deliver solid, beautiful work is essential to our success. That Venn Diagram that has “cheap,” “fast,” and “good” as options and tells you that you can only have two? Not going to cut it in the startup world. At the same time, my organization and I both put the people first. We believe deeply in wellness and personal growth. How can we make these ideas compatible? If each of your team members is running on 100, the entire infrastructure isn’t going to hold up for very long, and we won’t be succeeding in supporting our employees as the creative individuals that they are.

Recently, in an interview with the Yediot Aharonot newspaper, the founder of the multi-billion dollar company WeWork Adam Neumann said that he strictly observes Shabbat, the Jewish day of rest that spans 25 hours from Friday night to Saturday night, and that “the real magic is that the more I do it, the more successful the company is. Go figure.” Taking time out for yourself, unplugging, can help you better succeed at work. What a relief. But how to ensure it across a team?

Enter the DARCI Accountability Grid. Sometimes called the DACI model and oft compared to the MOCHA model, this system has been a life changer, and certainly a tool for office success.

DARCI defined, by the way my team uses it, is: Decider, Accountable, Responsible, Consulted, Informed. Every member on each project is assigned a letter, a role. The most heard question at the end of meetings is “Who’s the A?”

Like many companies, we have a lot of meetings. But we’re also made-up of individuals from across the country and most of my day is spent on video calls. Project management happens on all levels, by all departments, and assigning roles makes it crystal clear.

The “D” (Decider) is always the director of the department the project resides in, or the Executive Director herself. The “A” (Accountable) is the most important role. While the D will be giving final approval, the A makes sure the project is keeping to its timeline and connects all the moving parts. There may be several people assigned “R” (Responsible). Rs create the moving pieces that are put together by the A. The “C” (Consulted) are often also multiple people. These people may not even be within the organization. Cs do not generate any work, but the work done by Rs may be shaped by conversations with the Cs. Lastly, “I” (Informed) for us is the rest of the company. We like to keep everyone knowledgeable about the projects happening in all departments, so weekly we all meet for one to two hours to report on the current projects.

To bring this to life for you, I’ll give you a concrete example. Recently, we decided to change the way we sent out our newsletters. We have eight different newsletters that go to eight different populations. I, as the director of communications, was the D. The communications manager was the A, each newsletter was assigned its own R, we decided our Cs were all of the other newsletters we loved and a few writers of other newsletters, and our whole team was the I. I assigned this project on August 1st with a September 1st deadline. For the full month of August I did not think or worry about this project. I was allowed to step back and focus on projects where I was the A or R. The communications manager (the A)  had a few meetings with the Rs during the month, setting intermediate deadlines, and between those deadlines she too could take a step back to focus elsewhere. The Rs referenced the Cs, submitted their work to deadlines, and the A compiled it all for the final deadline. On September 1st I reviewed it, made a few tweaks, and then approved it, sending out a report to the full team (the I).

At previous positions, though projects were not run so dissimilarly, I had a difficult time letting go of control. I wanted to see progress while it was happening, and be involved at each step. This meant I worked long, inefficient hours, as I was over-involved with everything my team did. Taking the time to thoughtfully assign roles to the team, roles that have clear expectations, means I’ve learned to trust the process, and trust my team.

Starting with intention and boundaries through role assignment is not only a best practice, but it is essential when you are managing dozens of projects daily. By starting with the DARCI model, you will be well on your way to not only business success, but to happy, healthy, productive employees.