How EQ, not IQ can propel your job search 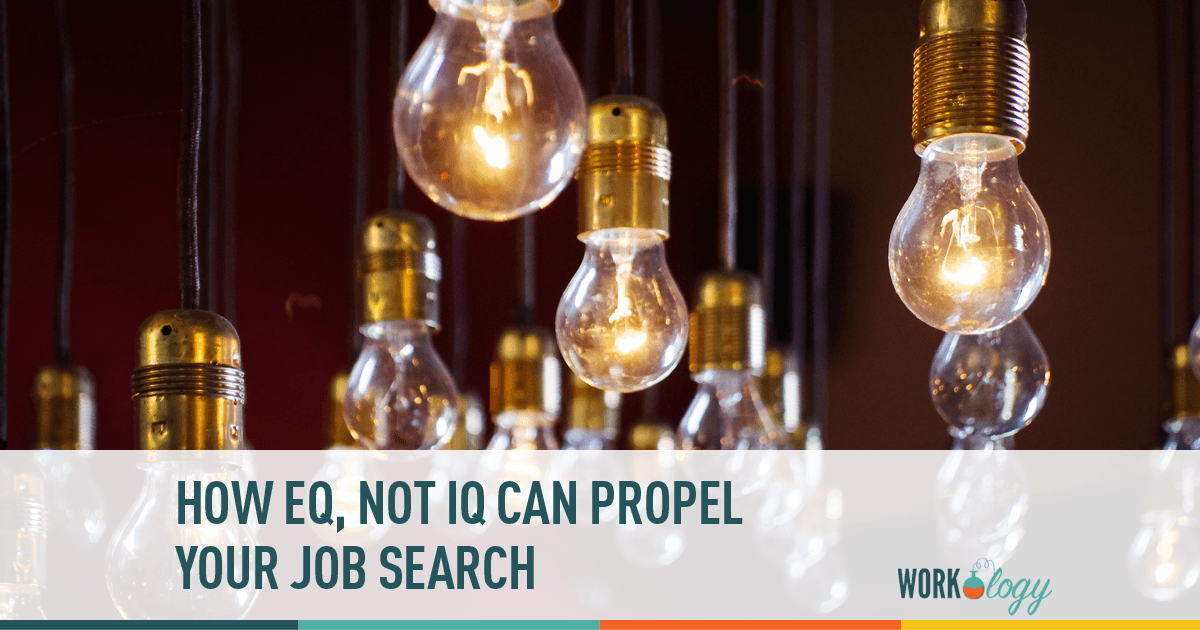 Western society, particularly North America, has trumpeted the merits of academic intelligence. But only in the last couple of decades, has emotional intelligence been highlighted. Recently in Time magizine a prominent story about EI in a major American news magazine. Last week, a Canadian newspaper, The Globe and Mail, printed a brief story with the headline, ” emotional smarts sway hiring choices.”  Globe writer Wallace Immen referred to a careerbuilder.com study of 2, 660 managers. Among the findings, 34% of managers set they would make EI a priority for considering job candidates. More significantly, 71% said that emotional intelligence trumps mental intelligence in relation to hiring decisions.

What defines intelligence, in the first place? Book smart? Academic smart? In North America, we laud cognitive abilities and people endowed with the so-called “intelligence quotient ” or “IQ.”  As a certified English/French educator, let me qualify. Better yet, let me qualify as a bilingual career strategist.

A high IQ does not represent intelligence. We must credit Howard Gardiner back in the sixties for highlighting multiple intelligences. (And we can add one to the contemporary vernacular, spiritual intelligence, in the dawn of our 911 world). IQ is finite. It ends at around 21 years of age. Emotional intelligence, whose five domains include a SMART component, are not to be confused with SMART goal setting). The domains are self-awareness, managing negative emotions, attitude of optimism, reading others’ emotions and teaming up with others to achieve results. All of these domains are relevant to the workplace.

Emotional intelligence was coined by two psychologists from Yale University. The book,Emotional Intelligence, followed five years later with Daniel Goleman’s best seller on the New York Times list. As of 2008, there were over 200 documented stuides about the effectiveness and importance of emotional intelligence (source: Marcia Bench).

Unlike IQ, an  EQ (emotional quotient), can be developed into one’s fifties. Studies have shown consistently that having high EQ is twice as important in achieving success in our personal and professional relationships. In fact, 70% of job postings feature EQ. Or if you apply EQ or EI to interviewing, the job candidate is often judged and scored based on his/her social skills, rather than purely on technical or technological skills.

How does EI relate to propelling your job search or advancing your career? Employers, in pursuit of star performers and savvy job candidates, are also in hot pursuit of one who is endowed with emotional intelligence on the job. They are more likely to blend with the group dynamic at work and enjoy harmonious relationships. In other words, having high IQ and technical skills is insufficient for measuring one’s social savvy on the job. All the more reason why behavioural interviews are standard practice for hiring, because the questions deal with one’s past behaviour (including EQ competencies such as problem solving, stress tolerance, impulse control and optimism).

What are the consequences of having “low EQ” or “low EI?” On the world stage, we’ve seen significant examples of authority figures and power brokers have not manifested the self-awareness that they had to concede power to others. The result has been uprising in the middle East. On a sectarian note, we have seen celebrity figures whose hubris has overriden their “IQ” and resulted in negative public behaviour. (You choose the appropriate celebrity). In the pages of history, the most extreme cases of low EQ have infamy as their legend, for example, Hitler, Stalin, Sadam Hossein and Mussolini, to name a few. In the latter cases, extreme emotions that were not tempered led to horrific acts.

To be effective contributors in society, we all need EI. To be more impressive job candidates, we need to demonstrate EI in the recruitment and hiring processes.

Want to find out more? Contact me at mmartin@careercoachingbyphone.com

Action step: how are you going to improve your EI at work or in your job search?