How Does A Job Seeker Reinvent Himself? 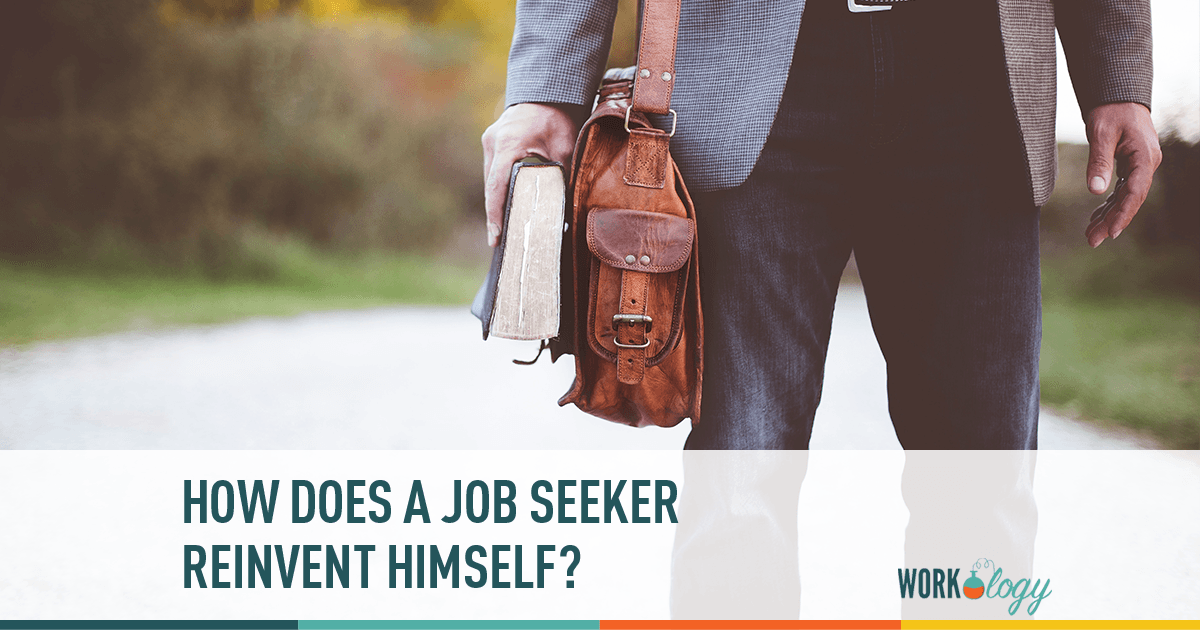 A prospective client asked, “Do you do Career Reinvention resumes?” After he explained what he was thinking, I understood. As a Mechanical Engineer on the West Coast, he had found himself niched into a struggling sector of manufacturing.

At first, I thought he wanted to be repositioned for another role in manufacturing or another type of engineering. I can’t begin to write a résumé until we narrow down the goals or target for the career and the specific area to focus the résumé.

Reinventing Yourself As a Jobseeker

When is it time for a career transition?

When I see a client who is obviously struggling with their role or the company, we discuss options for career transition or career reinvention.

One of my fondest memories was a gentleman who was with the same manufacturer for 29 years. His job as a plant supervisor wasn’t going away and he could find another similar job easily because he was in demand and his industry was booming. But he looked at me and said, “I hate manufacturing!” Whew! We’ve got a problem then. I then asked him what he liked. He said “I like fishing and water!”

How do you reinvent a career from manufacturing to fishing and water?

As we spoke, he talked about his successes as a walleye fishing guide who had run multiple big circuit tournaments in the past as a volunteer. We recreated his résumé to target the marine industry and the tourism industry. After some career exploration, he became a sales representative for a line of boats. He was able to take the customer out and demonstrate the boat’s features while selling the intangible aspects of the joys of fishing and being outdoors.

What happened to him? He loved the job at first but after some time following his dream, he realized that when he was out on the water showing boats to customers, he wanted to be out on the water fishing. All the times that he would be out there enjoying his passion, he was showing how to enjoy his passion to other people. In the end, he went back to manufacturing after a few years. But he followed his desire to try this “career reinvention” and it satisfied his desire to try something new.

Many of my clients successfully completed career transitions and remained in their new career path. If you are considering “career reinvention” or career transition, you need to analyze multiple factors, including:

After you carefully think about all of these aspects, then yes, it is possible to write a “Career Reinvention” résumé and make that transition!

What do you think your next move will be?

Julie Walraven is a Certified Professional Résumé Writer who owns Design Resumes and helps people find their perfect career marketing strategy. You can normally find her at designresumes.com