Honesty is Always the Best Policy with Firing Employees 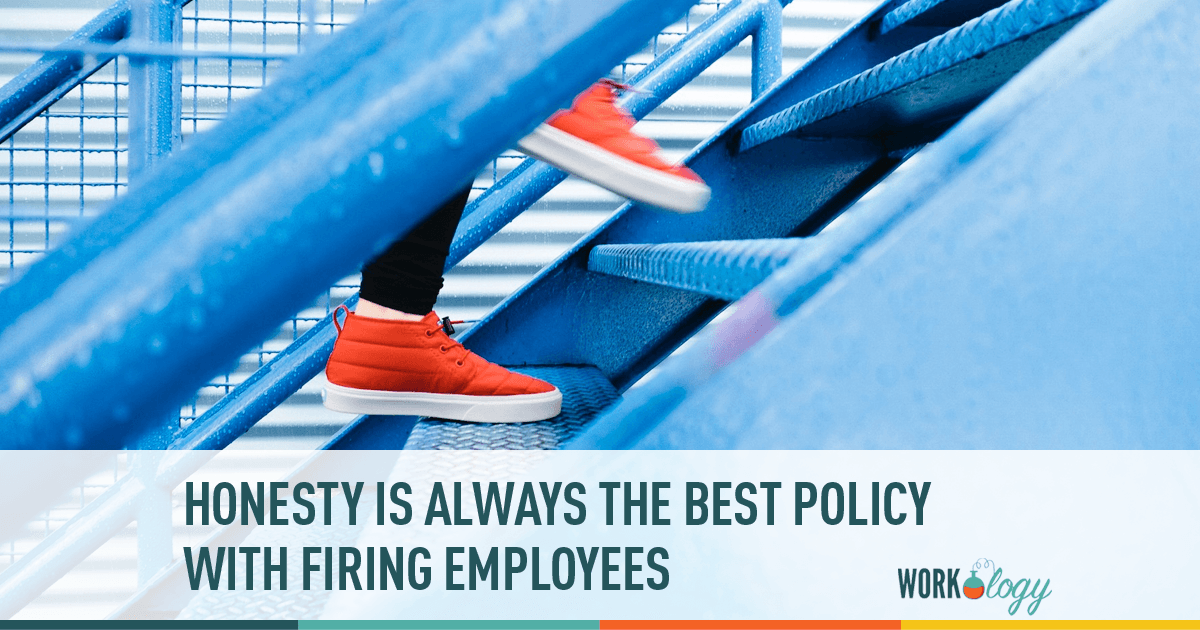 The question of what to tell an at-will employee about why they are being fired has proven to be the most persistent employer question over the 25 year span of my legal practice.

“If my employee is terminable “at-will,” should I tell her why she is being fired?”

What Exactly Does “At-Will” Mean?

In California, the Labor Code states:

“An employment, having no specified term, may be terminated at the will of either party on notice to the other. …”  Cal. Lab. Code §2922.

This means that the employer or employee can end the employment relationship by informing the other that it is over.  Neither one has to give the other a reason for ending the relationship or specify a future date as the effective date of separation; i.e., give the proverbial 2-weeks’ notice.

Essentially, the California statute has been interpreted to mean that where an employee is not employed for a designated period of time, such as for the duration of a project or for one year, an employee can be fired for no reason at all or any reason whatsoever so long as the reason is not an illegal one.   An example of an illegal reason would be terminating someone in violation of the civil rights laws because they are pregnant, disabled or a minority, or because they engaged in a protected act such as protesting unsafe working conditions.

Why Should I Give a Reason for Terminating an At-Will Employee?

Wouldn’t it be safer to simply tell the employee that the company is exercising its right to terminate the employee “at-will” and that they do not need to have a reason?  Easier, perhaps, but certainly more provocative and possibly more expensive for the employer to boot.

Let me start by telling you that you don’t have to give them the reason.  If an employee is terminable at-will you are not required by any law to tell them why they are being fired.  Giving an employee the genuine reason for termination is a business decision.  As an employer, you must weigh the momentary relief of simply pointing to the at-will provision in an offer letter or handbook against the risk of getting sued and having to explain your conduct to a jury.

Make no mistake.  No matter what the code or case law says, a jury wants to know why you did what you did.  For the most part, the jury is made up of employees who want to believe that, had they been in the employee’s shoes, you would have treated them fairly before making the termination decision and stated the genuine reason why they lost their job.  If you did not give the genuine reason for the termination when you fired the plaintiff, the jury may assume you had something to hide.  Trying to prove that you had a reason but simply chose not to tell the employee puts you way behind the starting block in credibility with the jury.

In many employment lawsuits, the case will turn on whether the employer had a legitimate business reason for the termination.  In discrimination, retaliation or wrongful termination cases, for instance, the employee must prove that the reason given for the termination was a “pretext.”  “A pretext . . . is a deliberate falsehood.”  Forrester v. Rauland-Borg Corp., 453 F.3d 416, 419 (7th Cir. 2006).  The employee must then prove that the termination decision was actually motivated by some illegal reason.  If an employee was given no reason (because she was terminable at-will), the employer will be required to articulate their reason for the first time at trial before a jury.

Many times the employer tells me that they don’t want to tell the employee their reason for the termination because they are not 100% certain about the accuracy of their belief.  For instance, an employer conducts an investigation into a “he said – she said” harassment claim and, while they have a good faith belief the supervisor harassed his subordinate, they are hesitant to accuse the supervisor because there were no objective witnesses. That should not stop the employer from providing harassment as the reason when terminating the supervisor.  “An honest mistake, however dumb, is not,” evidence of pretext.  Id.  Simply stated, if the employer did not give the genuine reason for the termination at the time the employee was fired, it loses the benefit of its honest belief.  If the reason is not disclosed until the time of trial, a critical piece of evidence can look like it was fabricated in response to the litigation.

This loss of credibility can break an otherwise completely defensible termination decision in the eyes of the jury.  In that case, honesty is not just the best policy, as many employers have learned to their detriment, it can be the cheapest policy, too.