The History of the Candidate Experience 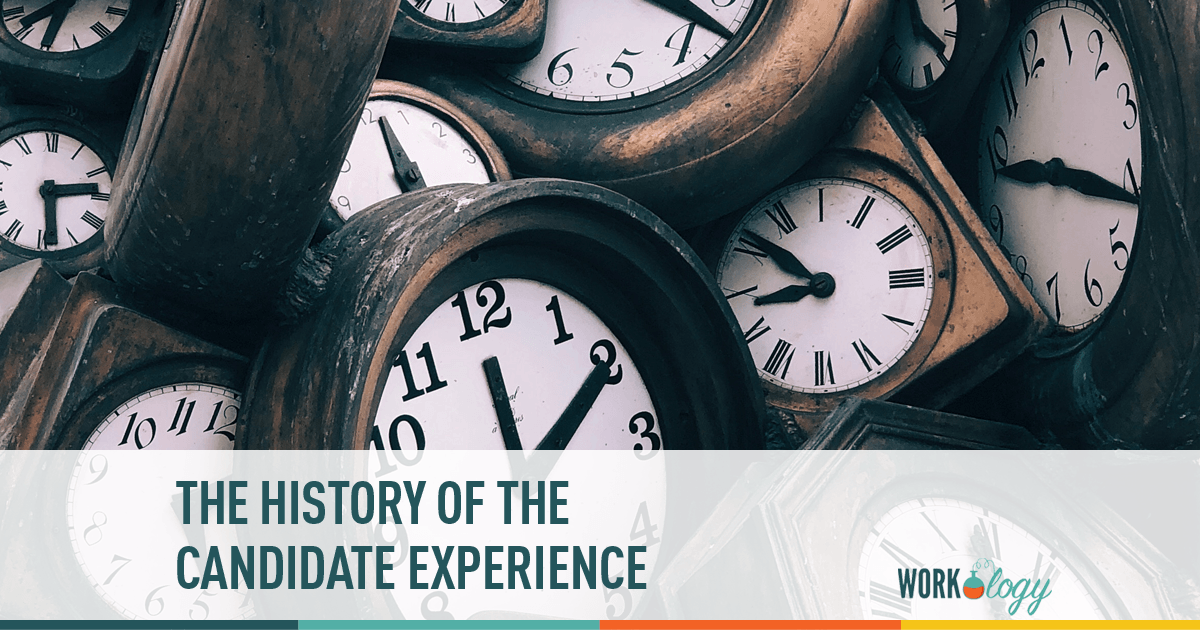 Earlier this week while attending the SHRM Talent Conference and International Association of Employment Websites Spring Congress (IAEWS) I was considering how far we have come with regard to candidate empowerment. However, there was no timeline or visual history lesson available online. With a pen and paper in hand I sketched a poorly drawn graphic and quickly called my designer to see if he could quickly implement for me.

What you see above is a historical timeline of the candidate experience that also considers unemployment levels. Only in December 2014 has unemployment dipped below 6% making this the first time since the pre-recession that job seekers are in the drivers seat.  I find it interesting that the decrease in unemployment figures correlates with the candidate experience movement , the second factor to consier is the rise in candidate engagement and empowerment due to the increased Millennial population at work. Millennials expect workplaces to follow consumer trends where engagement and immediacy is not just encouraged but expected. Consider how mobile phones have helped shape this. Guests don’t call before they leave their home just on their landland to say they are on their way. They also text and call minutes before arriving. The expected immediacy and engagement has become part of our personal culture. Why not the workplace?

Millennials in particular are driving this change. They expect that prospective employers engage, court them and treat them as equals in the employee/employer relationship. This is exactly the way I am raising my 6 1/2 year old. She has an opinion and a say in activities, experiences and life with our family. My childhood while wonderful was not exactly the same. I didn’t have a mobile phone until I was in college and 19. My daughter had an iPad mini when she was 3. Technology is driving not just communication, immediacy but transformational life change.

In 2009, I was honored to hear Gerry Crispin speak on the candidate bill of rights at a small unconference in Toronto, Canada, called RecruitFest. Meeting Gerry along with the international attendees was a pivotal moment for me, my career, but most importantly I realized that I was not alone in my belief in providing candidates with resources, information and feedback as part of the hiring process. This notion is the reason I started Blogging4Jobs in 2007 as an HR Director at a Fortune 200 company. It’s also the reason I continue to support and discuss the growth around candidate experience and empowerment today.

A History of the Candidate Experience

As far as the candidate experience timeline, the is depicted above, here are some of the points worth noting: