Hiring is NOT an Impulse, It Is an Investment 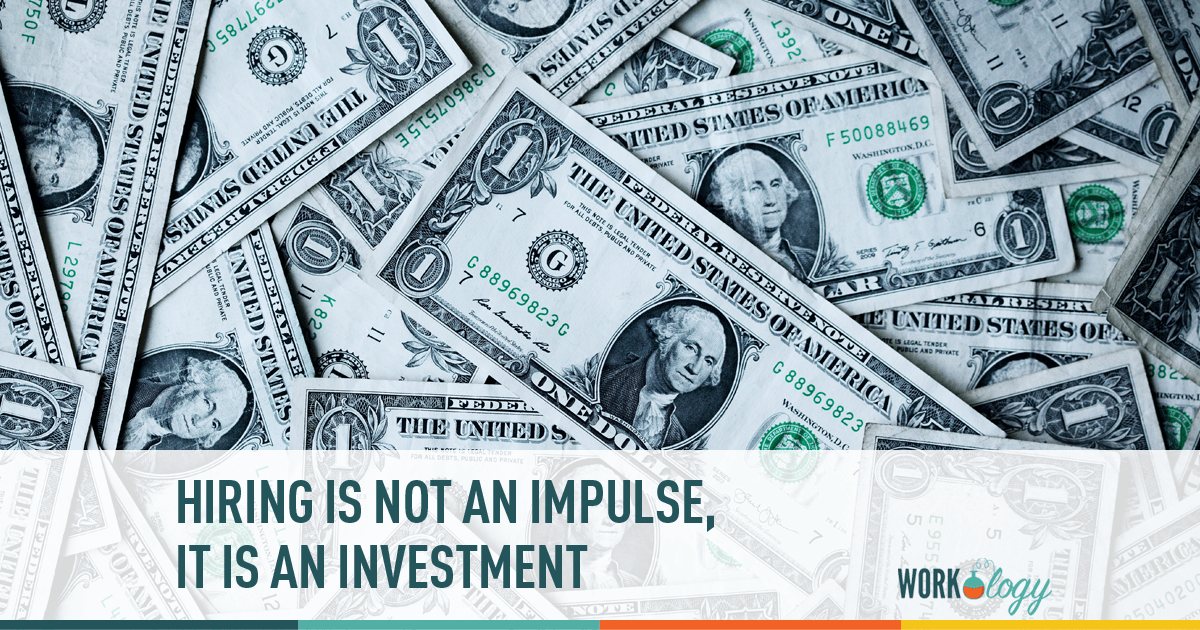 If you worked for a small company and were presented with a purchase that was going to cost $5,655 how careful would you be in making your decision on that purchase? Would you shop around and see if you were getting the best value? Would you check and see if you were getting a quality product for that amount? Most purchasers would. Most people do not consider $5655 an impulse purchase. Yet companies do it all the time in their hiring, often for amounts much greater than $5655 which is one employee being paid minimum wage ($7.25) who works 15 hours a week for 52 weeks. Given those numbers you need to realize that hiring is not an impulse, it is an investment.

The consequences of poor hiring are seen every day, but let me give you an example that went “viral” on the Internet. In the picture below you see a receipt from a well-known pizza establishment. You will notice that the customer being served has been described on the cash register receipt by the employee behind the counter as “lady chinky eyes”. There are several “epic fails” at play here. One is the lack of respect displayed by this person toward another. A second is a lack of training. A third may be a lack of good management. But the one that probably led to the others was a lack of a good hiring process.

Yes I realize that this is probably just a part-time, minimum wage worker and it costs money to engage in proper hiring or even in engaging in a proper interview. But what is this going to cost the pizza chain? Public reputation? What changes ultimately will they have to put in place to try to insure this does not happen again? But this most likely impulse decision on an approximately $5655 “purchase” it is going to cost much, much more.

Unfortunately this is not an out of the ordinary event. I have run into many companies who do not do a very good job hiring employees. They don’t utilize effective interviewing techniques. They don’t drug test. They don’t reference check and once hired they give minimum training and minimum guidance. If you are hiring a full-time employee that investment you are making is much larger than $5655 with which I started this post. The next time you are thinking of making a quick hire consider whether you would buy a $30,000 or $60,000 piece of equipment on impulse. If you would not spend that money on impulse why would you hire an employee who could end up costing you even more?