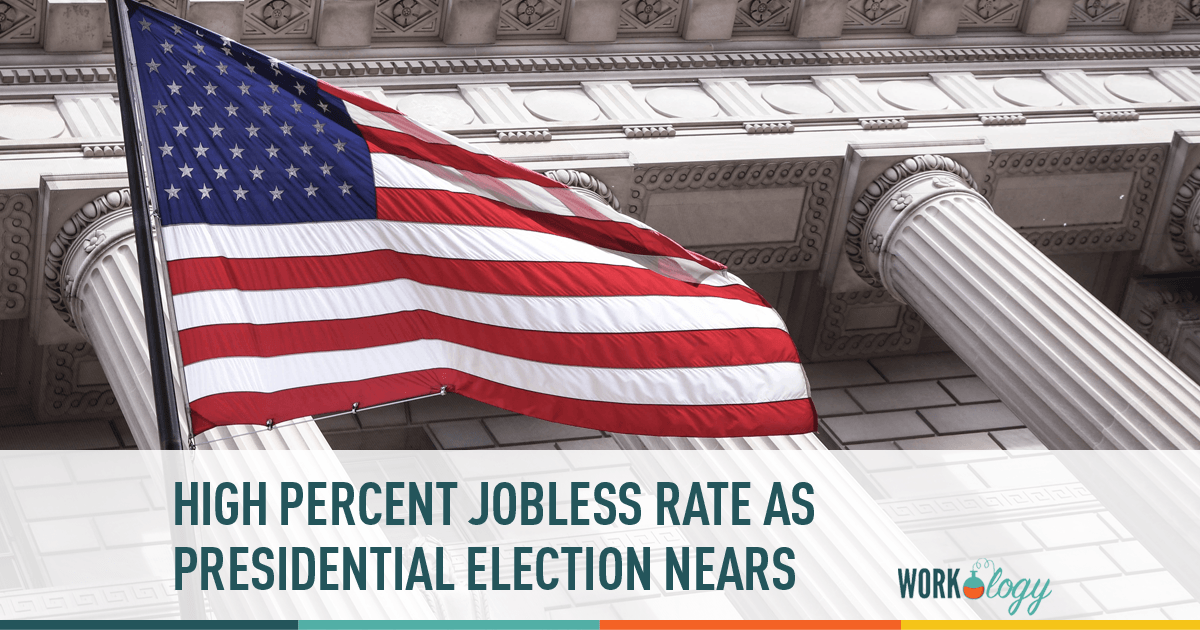 Poll by Generation Opportunity Shows 76 Percent of Young Americans Plan to Vote in Presidential Election, and Only 29 Percent Say Washington’s Policies Help Them 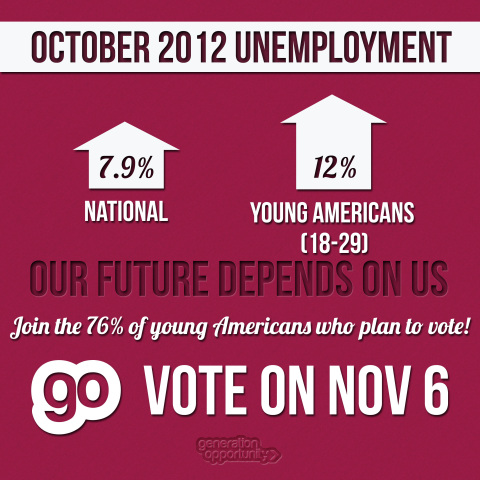 “The unemployment numbers released today confirm yet again what young adults have been experiencing in their daily lives and what they have been watching their friends and families go through for the past few years – high unemployment and an unrelenting lack of opportunity to build a future. They are not satisfied with the status quo and know that in order to get this country back on track and to build a path to realize their dreams for the future, the time is now for change. Under President Obama, young Americans have endured historically high, sustained unemployment and underemployment.

“Young Americans know their careers and dreams have been held back by a poor economy resulting from the relentless execution of failed policies and leadership that lacks empathy. They are savvy and determined, knowing full well that periods of unemployment or a series of part-time jobs are not acceptable and are no substitute for meaningful, full-time jobs that make full use of their education and skills.

“For the President, the failure to address young adult unemployment and to understand the negative impact on their hopes will, in retrospect, be seen as the reason why he lost support among millions who once believed in his ability to affect lasting change.”

Generation Opportunity is encouraging its four million Facebook fans, as well as its thousands of grassroots supporters across the nation, to register to vote and to register friends and family to vote. Using the tag line – “Pledge to GO Vote” – the group is urging its supporters to demand that the policies of the last three and a half years, which have stifled job creation, be reversed in favor of policies that free up Americans to create jobs, to hire, and to restore the American tradition of access to opportunity for all.

For Generation Opportunity, the polling company, inc./WomanTrend conducted a nationwide online survey of 1,003 adults ages 18-29 between July 27 and July 31, 2012. Randomly selected online opt-in panel participants were sent an invitation to the survey via email which included a secure link to the online questionnaire. Quotas were used to ensure the survey was representative of the larger 18-29 year old nationwide population with regard to race, region, and gender. The data were NOT weighted. The overall sampling margin of error for the survey is ±3.1% at a 95% confidence interval, meaning that the data obtained would not differ more than 3.1 percentage points in 95 out of 100 similar samples obtained.

Generation Opportunity is a non-profit, non-partisan 501 (c)(4) organization that seeks to engage everyone from young adults, to early career professionals, college students, young mothers and fathers, construction workers, current service men and women, veterans, entrepreneurs, and all Americans who find themselves dissatisfied with the status quo and willing to create a better tomorrow. Generation Opportunity operates on a strategy that combines advanced social media tactics with proven field tactics to reach Americans 18-29 and has amassed a total fan base of more than 4 million. The organization operates in Ohio, Virginia, Michigan, Maine, New Hampshire, Florida, North Carolina and multiple other states across the country.