Help! My Manager Is Being an Unrealistic Jerk 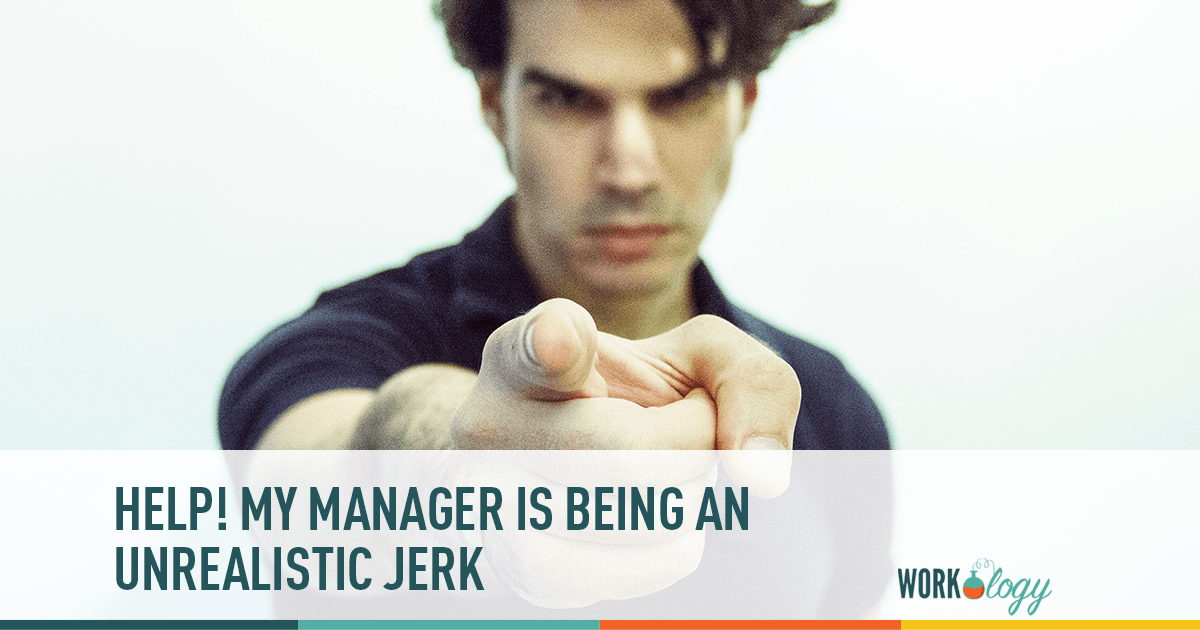 Frustrated, the person asking for my help may have used a more colourful word to describe their hiring manager. You know the type though, the one who says, “Find me a java developer?” but won’t tell you anything else.

And you work in an IT consultancy so they could be on a project at any one of your clients and you know that it’s their market, that they can pick and choose from hundreds of jobs, so you need to know more…

But the hiring manager won’t give you the time of day!

It’s not about you!

Any attitude you’re receiving is a direct reflection of how they feel about themselves. There could be countless reasons why they’re refusing to give you time so take a deep breath and lose all your defensiveness. This is about them, not you, so remain calm.

Think of it as a game and find another way.

What’s in it for me?

Callous as this may sound, people only care about what’s in it for them so are you being clear enough? I know why you need more information, it’s obvious to me. But does the hiring manager understand why you do?

You’re not asking me the right questions!

Yes, this hiring manager is that objectionable. He won’t take the time to explain the role. He won’t offer up any information. He simply mocks you, the candidate facing recruiter.

Helpfully, for developer roles there is Joel’s Test for Programmers which is guaranteed to avoid the aforementioned. Definitely, give the post a read if this is your area, also listen to this YouTube video to discover what else Joel Spolsky thinks coders want.

For other roles though, you are going to have to get creative and maybe even disruptive.

Get curious on Google.

Who is advertising for similar roles? Are there blogs you can read? What information can you glean from social networks? Who works at your firm now in these roles? Who has in the past? What do their profiles say?

Where are they now? Can you get in touch with them? Will they talk to you?

Find a sympathetic ear. Most people like to help, especially if they think you’re getting a raw deal. Dig and find someone who can explain more about the work they do.

Not allowed? Pfff, do it anyway. If the hiring manager gets annoyed, tell him why you’re talking to them is of benefit to him!

You’re there to hire the right people for your roles, so bend the rules and prove the hiring manager wrong.

None of this worked?

If the pain of wasting their own time and not being able to resource a critical project doesn’t impact on the hiring manager’s attitude, and if slapping sense into them just isn’t an option 😉 maybe it is time to cut your losses before your reputation is sullied.

Sadly, sometimes, if they really don’t see the value in helping you to help them it’s time to move on.