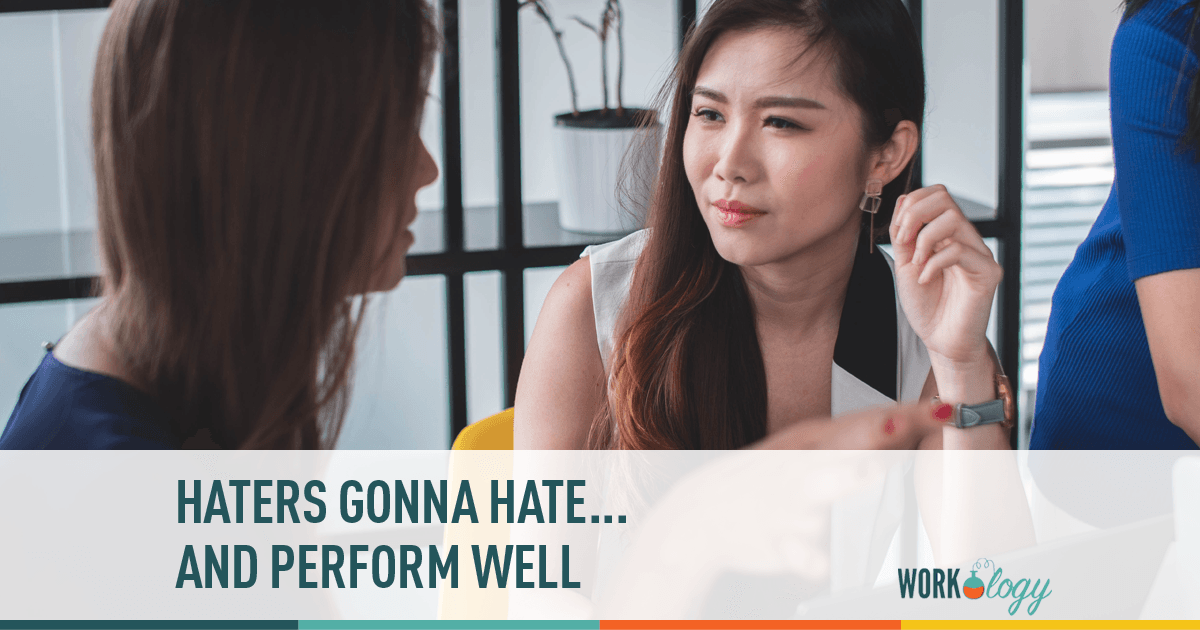 Ask an obvious question “What’s a hater gonna do?” and get an obvious answer. “Haters gonna hate.” But an interesting twist to that question has just been answered comparing “haters” and “likers” at work and shows that haters may actually be more focused on their tasks (and even perform better) than their more congenial counterparts.

A “hater”, someone who appears to dislike most of everything can be said to be the opposite of a “liker”, someone generally likes and enjoys most activities. Although they may be less enjoyable to be around, that grumpy person may actually be better at their job as they will spend more time on fewer activities than a liker will.

Hepler and Albarracín suggest that their findings may have implications for understanding the development of skills and expertise. For example, likers may adopt a jack-of-all-trades approach to life, investing small amounts of time in a wide variety of activities. This would leave them somewhat skilled at many tasks. In contrast, when haters find an activity they actually like, they may invest a larger amount of time in that task, allowing them to develop a higher skill level compared to likers. They said future work should confirm this possibility.

This research could have great effects on learning and development programs at companies and even earlier, at trade schools and universities. Knowing whether someone is naturally inclined for expansive or focused attention will greatly increase their productivity and enjoyment of the work they are doing. This may also affect how scheduling is done and whether someone needs shorter blocks per activity (the likers) or longer stretches of time (the haters).

Even though you may feel that a person in your office just a Grumpy Gus, they may be a great performer who doesn’t feel the need to be engaged in every activity that comes along. See the differences among your staff and let each one be the most productive that they can be.