Has Helicopter Parenting Created a Need for Workplace Mentoring? 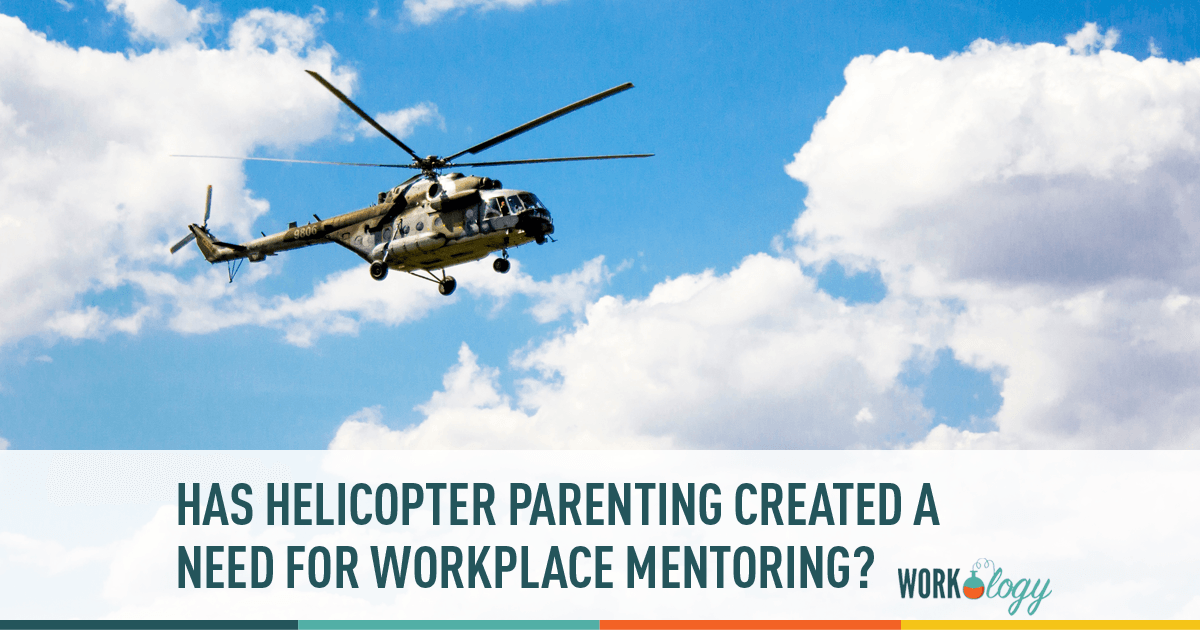 I came across an article on demographic trends in law firms. Peter Black, the author of this article, said that one of the trends he noticed was the need for greater mentoring in the Millennial generation that is joining law firms. I think this may be true in many firms.

Helicopter parenting has been defined by Education.com as “the name given to the obsessively protective moms and dads who ‘hover’ around their kids. Of course, those kids end up becoming helpless teenagers and adults who always look for mama to swoop in and save them—a major parenting no-no.” What many people in HR and management  have discovered is that this has resulted in many younger workers being unable or unwilling to take responsibility for their actions in their jobs. Rather they seek direction and shun responsibility.

A leadership survey, that I wrote about here, showed that the younger generation, in particular the women in that generation shun leadership positions. That may be a result of the effect of growing up in households of helicopter parents. As Black said this generation grew up with helicopter parents, play dates and heavily scheduled lives. They may not have developed the ability or desire to make decisions and to take on leadership roles.

Mentoring Will be Needed

One of the biggest criticisms of Millennials is that they lack critical thinking skills. This may be a result of the fact that their helicopter parents may have made decisions for them. If you have young employees that appear to lack this skill or a desire to take on leadership roles it may require that you develop a mentorship program.

As I wrote in The Value of a Mentor quite often mentoring is driven from the level of the mentee who seeks out a mentor. However, in this case of this generation companies may need to drive this process by matching and assigning mentors to younger workers. Having abdicated to their parents much of their lives younger workers may not even know to seek out a mentor.

As you are evaluating their work if you find they are not meeting the goals set out for them, or they are floundering around for direction, don’t dismiss them as incompetent, rather view them as lacking direction. They may be in great need of a “helicopter parent” at work. The big difference is that the helicopter parent aka mentor should focus on teaching them decision-making and leadership rather than making the decisions for them.