Harassment at Uber and Tesla: Hostile Work Environments Are Too Common in Tech 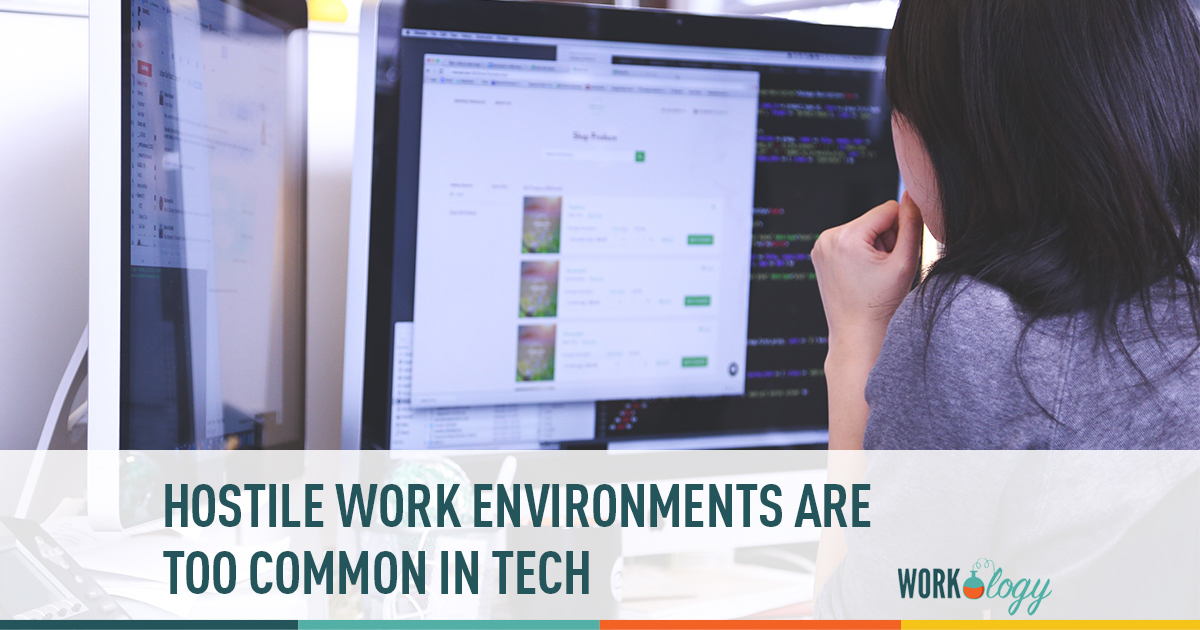 Last week Uber was in the news because of Susan Fowler’s open letter, describing the terrible work conditions at the company. This week we’re all reading a “profound apology” from CEO Travis Kalanick, which says that all these years in, he realizes that it’s time to get some leadership advice. Uber’s collective and deserved dragging in the media is joined by Tesla, thanks to a lawsuit from engineer AJ Vandermeyden, who is suing the company for promotion discrimination, retaliatory practices and “pervasive harassment.”

Kalanick’s apology arrived after a video surface of him mistreating an Uber driver. In it he argues with the driver over Uber fares and drivers’ prospects, eventually blowing up at the man: “Bullshit. You know what? Some people don’t like to take responsibility for their own shit. They blame everything in their life on somebody else. Good luck!”

Of the video, Kalanick said

To say that I am ashamed is an extreme understatement. My job as your leader is to lead…and that starts with behaving in a way that makes us all proud. That is not what I did, and it cannot be explained away.

It’s clear this video is a reflection of me—and the criticism we’ve received is a stark reminder that I must fundamentally change as a leader and grow up. This is the first time I’ve been willing to admit that I need leadership help and I intend to get it.

He seems to realize what many of us have been saying for years: that engineering and coding prowess doesn’t come with in built leadership skills or ethics. I say seem because it’s difficult to tell at this point if the apology is genuine, or if it’s a calculated PR letter. Uber has a long history of lacklustre responses to issues of driver and rider safety and workplace complaints. It has dodged legal challenges where possible and when that’s failed, launched aggressive opposition PR campaigns. How Uber responds to Fowler and to growing complaints from drivers will tell us a lot about just how much Kalanick has learned from this incident.

Which brings me to Tesla. Vandermeyden’s suit is not the first time we’ve heard about bad workplace conditions at the electric car company. Complaints of a high stress, high pressure with comparatively low pay have been common. Two years ago, Katie Fehrenbacher wrote in Fortune that pressure was ratcheting up at Tesla because the company was entering a crucial development phase, bringing new products to market and expanding at the same time. A 2016 Payscale survey showed that Tesla was among the lowest paying and most stressful tech jobs, but it also had comparatively high levels of employee satisfaction. But employee satisfaction and positive work environments don’t necessarily go hand in hand — especially in the tech sector. It’s common for employees to find meaning in their work, even when they’re stressed to the limits or, indeed, enduring a discriminatory or hostile work environment.

Hostile Work Environments Are Too Common in Tech

The disparity between satisfaction and safety and fairness is why so many people within the tech industry are fighting for change — they love the work they do and they want to do it under better conditions. Vandermeyden told the Guardian that she was paid less than her male colleagues, passed over for promotions and often sexually harassed. When she complained about this treatment, HR shut her down and management retaliated against her. That sounds a lot like Susan Fowler’s story, doesn’t it?

In the same Guardian story linked above, Therese Lawless, who is representing Vandermeyden and also represented Ellen Pao in her suit against Reddit, says complaints about the ineffectiveness of HR and the disinterest of managers in the tech industry are common. Although most CEOs now say that diversity and workplace fairness are core goals, we don’t see that reflected in the actions of many top tech companies. HR and management at these organizations are failing women and people of colour in tech.

Managing people is a different and incredibly important skill set, and as software engineer Kelly Ellis put it,

These problems won’t get solved unless leadership within the tech industry takes them seriously, and right now, they don’t.