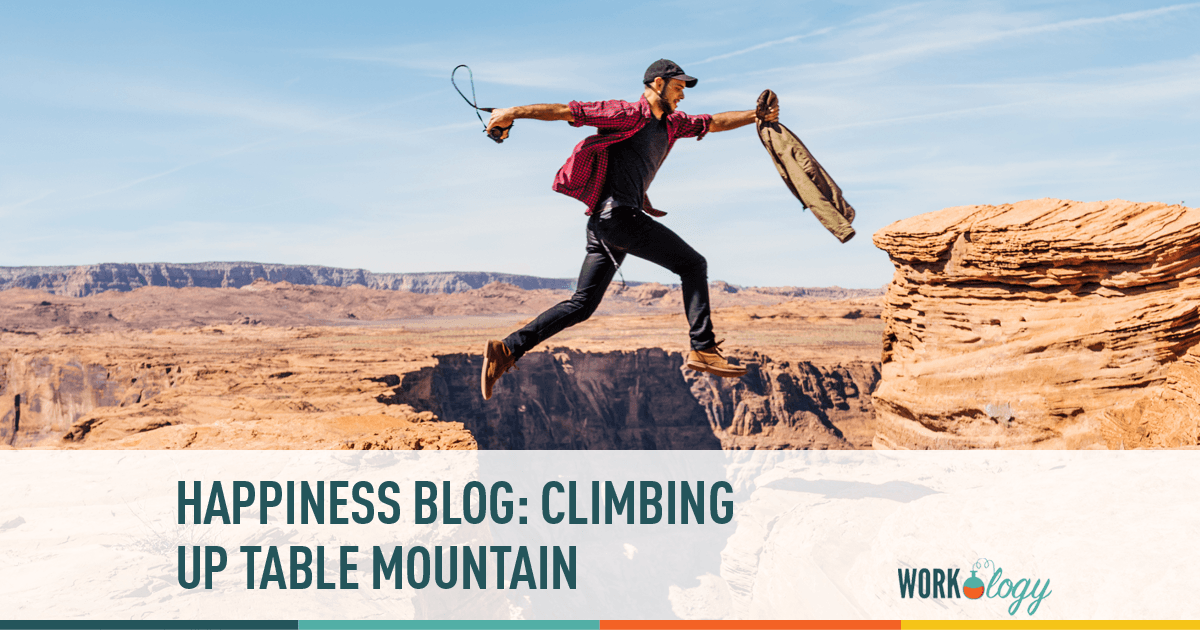 When you think of Cape Town, South Africa, you think of Table Mountain, the iconic landmark that towers over the city. The spectacular, flat-topped mountain is the number one tourist attraction in South Africa and was voted as one of the new “seven wonders” of the natural world in 2011.

I have been a regular visitor to Cape Town since August 2004 and moved here permanently in 2012, but in all that time I have only stood on top of the mountain once, when I proposed to my wife in December 2004. The moment that she agreed to marry me was truly the only time that I was metaphorically as well as literally on top of the world and, despite there being numerous milestones since, such as our wedding day and the birth of our two sons, I have yet to scale those heights again.

According to local legend, when the top of Table Mountain is covered by a blanket of cloud (or the “table cloth”) the Devil is having a smoking contest with the local pirate, Van Hunks. In the same way much of my life has been shrouded in mist as I have struggled to navigate the pathway to happiness whilst battling my own personal demons.

My brief visits to beautiful, sun-bathed Cape Town contrasted with the dull, grey existence in suburban England, and the drudgery of the daily grind led to a descent into the valley of depression. From the high of standing on top of the mountain in December 2004, my life was plummeting towards rock bottom. I tried therapy and was prescribed anti-depressants, but neither of these interventions proved to be the parachute to stop my freefall. Instead it was the love of my wife and children and the promise of a better life for us all in Cape Town that was the safety net preventing me from hitting the ground.

Since arriving in Cape Town, however, the love and affection of my close family has proved insufficient to carry me all the way up to the top of the mountain. The strength needed to make that climb comes from personal satisfaction – loving and being at peace with oneself. Insecurities and self-loathing based on previous mistakes and relationships have held me back, making the climb arduous and causing me to halt my ascent numerous times. Nevertheless, the memory of that blissful moment 11 years ago and the ever-present mountain dominating the horizon spurs me on to continue striving to reach those heights.

Astonishingly, the reason that Table Mountain is flat at the top is because it used to form the bottom of a valley, the sides of which have weathered over time. This just goes to show that, even if today you are at rock bottom, tomorrow you could find yourself at the top of the mountain.

Tim is an English-born HR technology consultant, speaker and trainer with an African Heart and Celtic Soul. Based in Cape Town, South Africa, he works with global brands, staffing companies and tech start-ups, and is co-host and founder of the first Twitter chat for South African jobseekers and recruiters: #JobAdviceSA Tim is a passionate advocate of organisations embracing technology in order to identify and connect with untapped pools of talent.