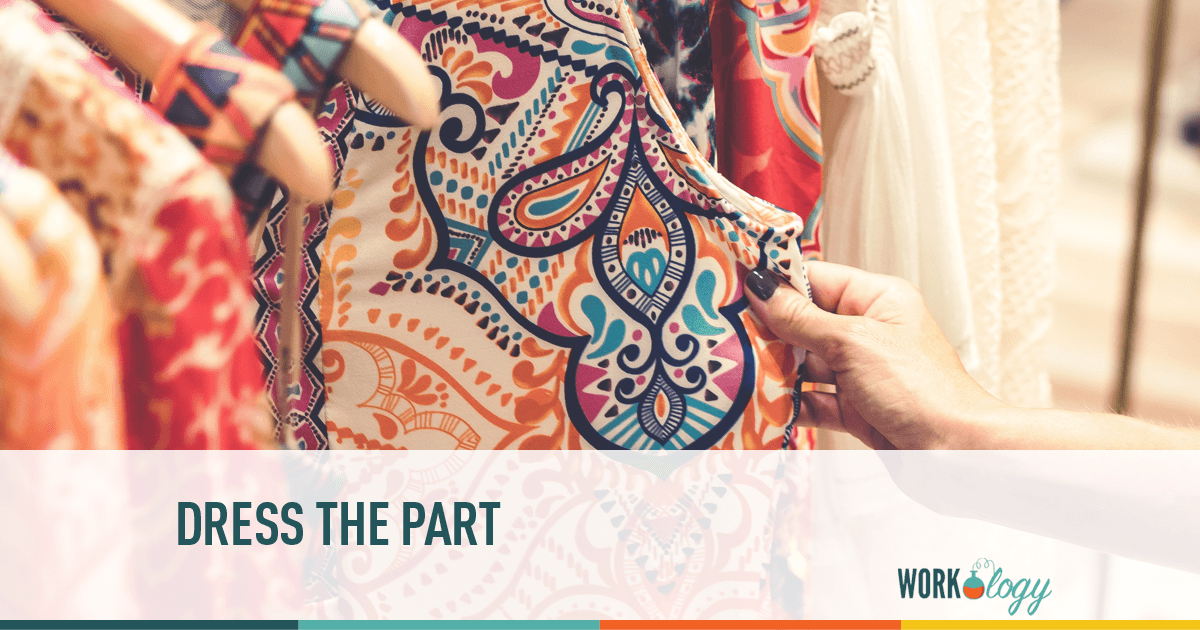 I wonder why so many people forget to check their attire in the mirror before they go to work. I’m not talking about what you wear after work or at home, but what you put on your body to go to work and get a paycheck. Two real-life examples follow.

Recently, a young professional woman got on the elevator in the building where I work.  She was wearing a black dress that flared slightly and was an appropriate length.  Now, as Paul Harvey would say, for the rest of the story.  The V-neck was plunging and not only was I doing a double-take, so were the others (male and female) in the elevator.  Her make-up was impeccable and her jewelry appropriate.  Her footwear – – that’s the rest of the story – – so help me – – she was wearing black flip-flops.  Yes flip-flops – – not dress sandals, not even sporty sandals – – flip-flops. As she got off the elevator, we could hear the flapping sound of the flip-flops as she walked to her office carrying a briefcase.  And she wanted to be taken seriously at work!!!  Give me a break!!!

There is no way she will be viewed professionally if she wants to move up the ladder (small business ladder or big corporate ladder).  Why?  She doesn’t dress the part.   Is that important – – yes it is.

Example #2.  I recently was in a meeting with a man who had excellent credentials. However, as he talked, his credibility began to erode.  Slowly at first; then at a more rapid speed.  His speech pattern was peppered with basically.  By the end of his part of the discussion, I had quietly counted that word inserted in the wrong place 25+ times. Basically (pun intended), his vocabulary appeared limited.  It didn’t help that his pants were not neatly pressed, his shirt was wrinkled and his shoes had never, ever been treated to shoe polish.

Why does this matter?  Glad you asked!!  The world of business has many similarities to competitive sports.  I’ll only touch on one aspect in today’s column – uniforms.

For those who play competitive sports, they would never imagine not putting on the team gear before going out on the field.  Show up for football in soccer gear or swimming suit? Not going to happen. Then why in the world would you think the same premise would not apply to work?   It does.

Want a paycheck?  Want to be taken seriously for your work?  Dress the part, show up, speak professionally and play the game.

Kay Stout is a Managing Partner in Pacheco Stout Consulting and work as an executive career advisor for Oklahoma Professional Search, a leader in career transition. Her blog, Another Point of View is also listed on the Blogging4Jobs Link Love.  Kay is a regular on the Behind The Mike Radio Show.