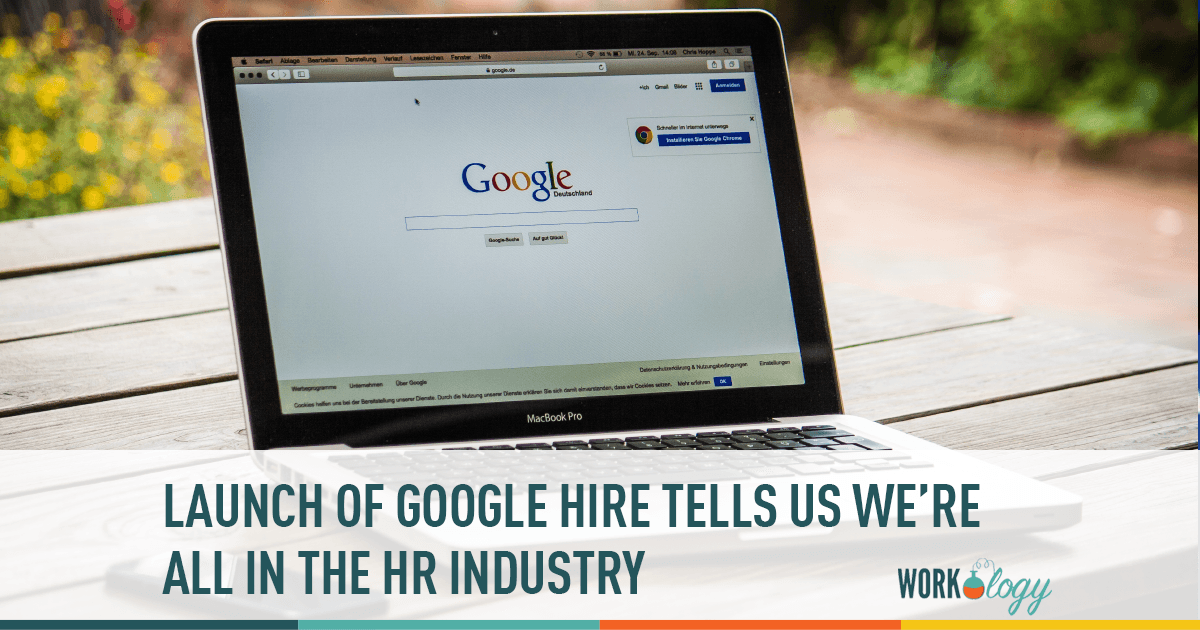 Over the last six months, I have written about one emerging HR technology company the most, and it’s one that you wouldn’t expect. That is Google. And since their last two announcements of Google for Jobs and  Google Cloud API, prior to the most recent launch of Google Hire I didn’t want to write about the launch of their products or new services related to human resources. It’s not just because seemingly everyone is writing about them, but because I’m really over the products and technologies. You see, I talked in depth with Google a little over two years ago. No, I didn’t sign an NDA. We discussed the industry. We talked about HR and recruiting technologies and apps that different sized organizations used. They told me they were expanding their Google for Work line of products in relation to their workplace Google Play store. I’m not surprised they are launching an ATS or a new job search product that helps job seekers find work. Frankly, we needed these things 10 years ago. HR technology change moves at a snail’s pace.

Google’s launch of the three new products mentioned above happened because of Microsoft’s acquisition of LinkedIn. Google decided to jump into the human resources space to keep up with Microsoft and have access not just to customers but most importantly because of the data that these technologies will provide Google as they position themselves as a workplace technology provider that extends beyond email, file storage and digital advertising.

If Google really wanted to make a splash, they would attack not just the small business market with their Google Suite products but go upstream. The majority of large companies do not use Gmail for their workplace email. The majority of companies with more than 50 employees outside of Silicon Valley use Outlook email, and these businesses aren’t prepared to make a change. Imagine your 50 something CEO trying to use a new system like Gmail. They have a hard enough time using Outlook which took 5 years for them to master the ability to cancel and reschedule a meeting on the calendar.

Companies greater than 50 employees might rely on Google’s Drive product for easy document storage but to really make a dent in the market, Google, in my opinion, didn’t necessarily need to attack the HR market. What Google could have done is develop a project management tool that integrates with Gmail and a CRM but that would put Google not only competing with LinkedIn but also Salesforce which I guess to Google makes taking on the HR technology industry an easier task.

Google I think is like many companies I talk with who are entering the HR technology industry. They don’t understand the complexities of the market especially the HR compliance side of an ATS. It’s not just simply a hiring software that integrates with email and a calendar. While buyers in most cases under 50 employees will be the CEO or CFO, once human resources or recruiting are involved in the decision and setting up procedures, it’s a much harder sell from that standpoint. They are more decision makers, influencers, and buyers at stake.

There are a lot of strong players in the SMB (small to medium business) ATS market right now which include companies like Smartrecruiters, Lever, Greenhouse, Jobvite, Workable and Comeet. If Google’s goal isn’t to really help the hiring process, then they are doing just fine. It’s just another option for small businesses to choose from. Afterall, Google’s goal is simply a data play. It’s just another option that makes it convenient, but it’s not really solving the bigger problem of hiring great talent and eliminating the hiring bottleneck that happens when you add in other collaborators, changing business targets and the people who are driving the business.

I do not think that Google Hire will be able to move beyond employees over 50 and snag that data if they are going to require that employers only be GSuite customers. I’m also certain that they are limited to this because Microsoft is making this difficult and they are blocking giving them API or access to calendars or data. As a Google Suite product user like myself has to operate in both worlds, and I tell you I feel the pain every day. Many of my clients and friends are on Outlook. I use Google and the calendars don’t work together at all. Emails don’t always sort correctly between the two different providers. The only benefit to signing with Google Hire would be increased search engine optimization which I don’t know is enough for employers when Google doesn’t provide a collaborative hiring and compliance platform that has robust features like those mentioned above and is willing to provide support to its customers beyond email. This is my biggest beef with Google as it takes an act of God to actually talk to a real person about anything.

Google’s launch into human resources shines a spotlight on the importance of the role of human resources in an organization. And for that I am glad. Those of us who have worked and invested in this industry have done so because we are aware of the value that HR brings. Will Google succeed? I’m not certain, but I’m glad that we, meaning HR is the topic of conversation. It’s time for us to be in the spotlight and for that I’m grateful.