Going for the Win on 4th Down 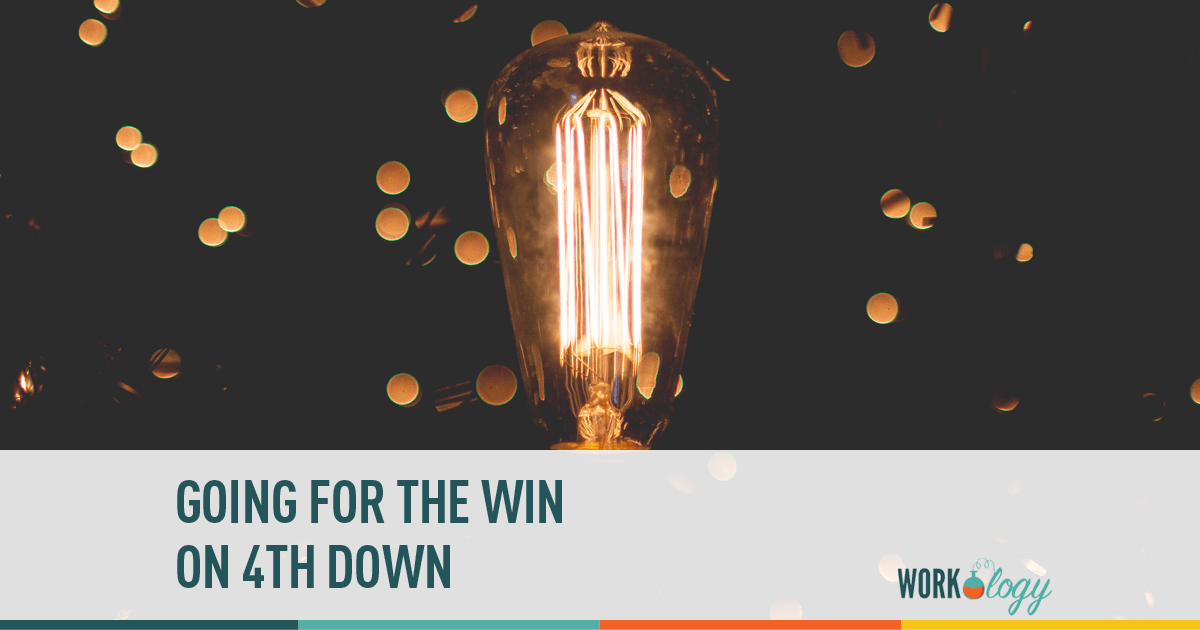 In 1991, I decided to go to school at the University of Mississippi, otherwise known as Ole Miss.  I am from Austin, Texas and I was the only one from my graduating high school class to go to Ole Miss.  I went to Westlake High School where starting NFL quarterbacks Drew Brees and Nick Foles also attended.  This football season has been a dream season for me as I have watched Ole Miss climb the collegiate football ranks.  You see the only thing Ole Miss has ever been good at is throwing the best tailgate party (and I am proud to say it still does).

I have lots of pride in the fact that I went to Ole Miss because when I went there, few people I knew would have ever imagined going there.  I saw a part of the world that I never thought I would have ever seen.  I had the opportunity to see all of the major campuses including Alabama, Kentucky, Mississippi State, Tulane and yes, even Baton Rouge.  Hmmm…what do I say about LSU and Ole Miss?   The schools don’t like each other very much.  At ALL!!  Every year I look forward to watching Ole Miss and LSU play each other.   This year was a big year.  Ole Miss went into the game rated #3 in the nation.  This was the highest ranking that Ole Miss had seen since 1962.  Something I never thought I would see repeated in my lifetime.

On Saturday October 25, 2014, Ole Miss played in Baton Rouge against LSU and the game was just ugly.  There were mistakes, personal fouls, and a very loud stadium.  You can throw the records of these 2 teams out every year.  Anything can happen in this game.  This night, LSU got the best of Ole Miss and turned the dream season for Ole Miss upside down as they were defeated 10-7.

Emotions were very high on this game.  The quarterback for Ole Miss, Bo Wallace, was noticeably effected by the noise and was rattled.  He made some questionable plays and I have to admit, until I thought about it later was very upset by some of his decision making.  He head butted a defensive player for LSU, went for 4th and 1 with 3 minutes left trying to catch LSU off guard and also threw a game ending interception with 7 seconds left on the clock.

Okay, so where am I going with all of this?  Looking back on it, some of the decisions that Bo Wallace and Coach Hugh Freeze made were decisive.  I admire that.  They didn’t work out, but they were gutsy.  Instead of playing it safe, you could think of it like gambling at the blackjack table.  They, without hesitation went for it.   Even the head butt (right or wrong) said, “I am not going to put up with this”.

What if the 4th and 1 worked?  What if the play to go for a touchdown  to win the game instead of an easy game tying field goal ACTUALLY WORKED?  Sometimes in life you have to just go for it.  You have to do what you think is right at that moment in time.

Playing it safe may not get you ahead in life.  If you want something badly enough, you have to take that risk.  HR professionals have to make touch decisions and sometimes it may not be the right decision.   Sometimes we can’t second guess ourselves and must keep going.  It is better to be great than be average.  Great people make mistakes.

So, we will see what will happen next week.  Ole Miss still controls it’s destiny and could still be a playoff bound team.  Time will tell, but I am damn proud to be an Ole Miss Rebel and all HR professionals have a lot to learn.  Sometimes, you have to go for the win rather than go for the tie.  #hottytoddy.