Glorification of the Service Industry in Gordon Ramsay Dash 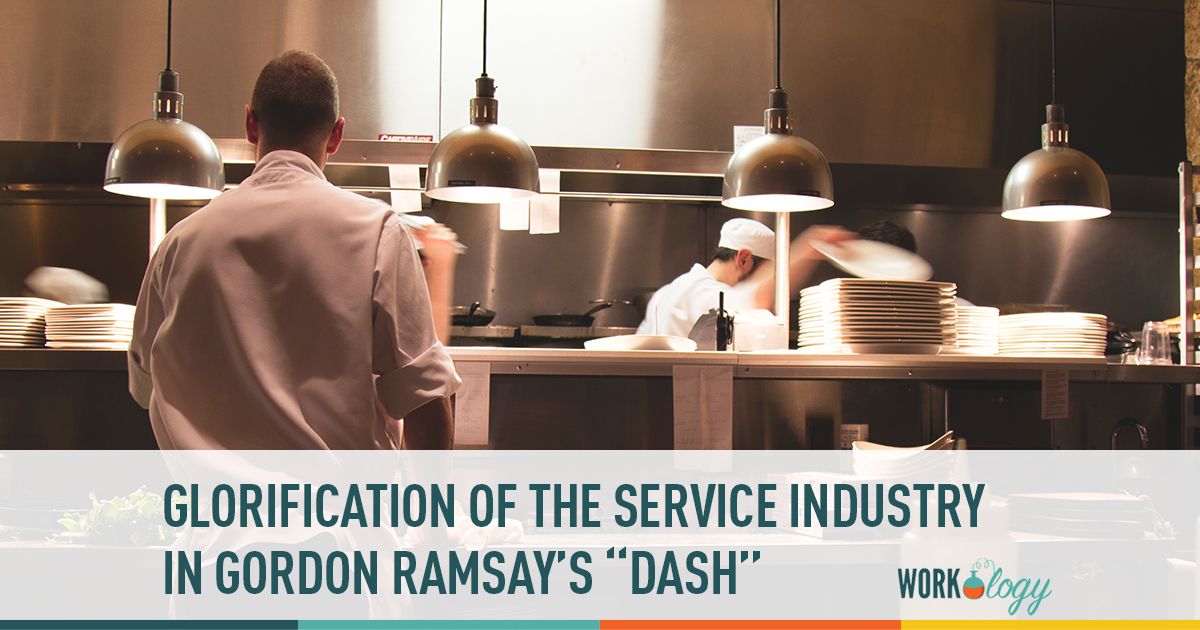 So why not look at the other side of things, the workification of games? In this new series Workology will be looking at games that are set in workplaces and that mirror workplace tasks, and the thin line between work and play.

Glorification of the Service Industry in Gordon Ramsay Dash

Gordon Ramsay’s tiny cartoonish face has been peering at me from my phone over the last month. The British chef, known for his aggressive temper (TV Guide considers him one of The 60 Nastiest Villains of All Time) and his popular reality show Hell’s Kitchen, has now released a mobile game. Gordon Ramsay DASH is one of the newest in the Diner Dash series, a very popular set of time management games for multiple platforms. 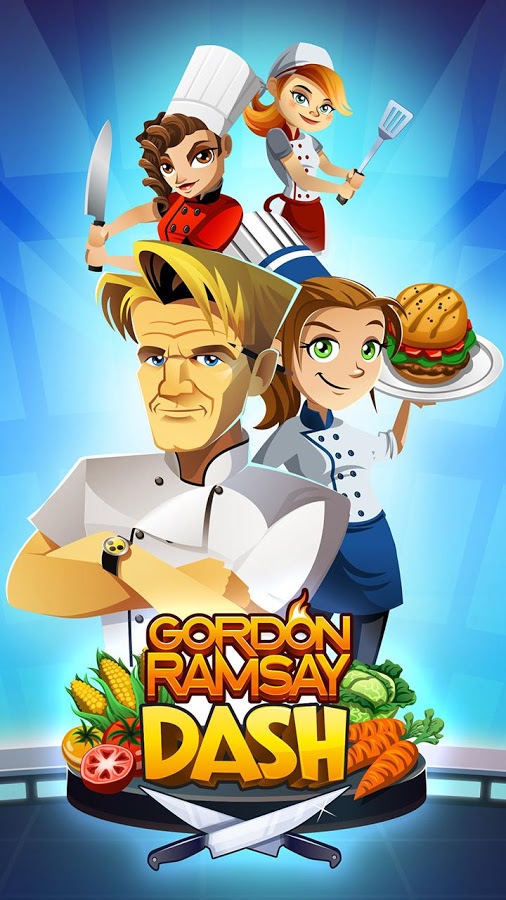 Gordon Ramsay DASH is one of the newest in the Diner Dash series, a very popular set of time management games for multiple platforms. Gordon Ramsay’s tiny cartoonish face has been peering at me from my phone over the last month. The British chef, known for his aggressive temper (TV Guide considers him one of

Gordon Ramsay DASH was released in 2016, but has been updated in the last month and being trotted out on social media advertising all over again. It is the first Dash game to introduce a custom avatar system, so your tiny chef can look just like a cartoon you! However, this also means that instead of playing the main character Flo, you can now play as anyone. While this makes sense for a Ramsay game, after all his tv empire has been built on “helping” other chefs succeed, it takes something away from the Dash feeling: Flo.

Diner Dash’s Flo has been an entrepreneur since the first game. She works a dead end job until she can open her own restaurant, and then she expands her company into an empire of her own. This has always seemed very powerful to me as chefs who are women have an incredibly difficult time in the industry. Last year the Guardian reported, “Despite huge changes in kitchen culture, fewer than a fifth of professional chefs in the UK are female, down on last year.” This is perhaps unsurprising for anyone involved in the industry, because even though positive change has been the trend, female chefs still face horrific trials daily. Gender discrimination and sexual harassment are not the only risks of the trade, so why do players love games about such a hard profession?

These time management games require the player to carefully schedule and precisely manage multiple tasks simultaneously in order to succeed. In the early levels of Diner Dash Flo must serve just a few tables of customers, taking their orders, bringing their food, collecting their checks, and cleaning up. As the game goes on, the player has to juggle more customers, each with their own needs and particularities, and more factors come into play. Time management games can become very stressful as the player progresses.

Diner Dash and its many sequels have become some of the most downloaded phone games of all time. There are dozens of blatant copycat games, as well as other settings from the same developer. Miss Management was a favorite of mine for a long time. Players control Denise, who has just started running an office. Similarly to the way Flo must run around her restaurants to make all of her customers happy, Denise moves quickly through an office to keep operations running smoothly. Before I ever worked in an office, I loved how in-control it felt to get everything filed correctly, to have the office all working like a finely tuned watch. Now that I’ve worked in an office as an administrative professional for several years the game rings false. Nothing is ever this rewarding in a real office, and each thing filed just makes room for more work. There isn’t the same instant gratification of a high score and if there were a leadership board with my and my coworkers’ names on it, I wouldn’t want to see it.

All of these games also glorify industries that are often looked down on by the wealthy. These are working class jobs, even if (in the case of administrative professionals and chefs) the wages or (in the case of servers) the tips make a decent living. They are also jobs that cause immense amounts of stress for the worker. The horrors of sitting in office chairs all day, staring at computer screens is often talked about, and modified office set-ups are abundant. However, exercise balls instead of chairs and standing desks come with their own sets of issues. Standing all day, like chefs and servers do, is incredibly difficult for the human back and can cause long term damage. Food service jobs also often require long hours and late nights, which can contribute to mutilated sleep schedules and stress-related physical and psychological issues.

In fact, a series of studies suggest that being a server is one of the highest stress jobs available, given the work factors and lack of control on the part of the employee, and can lead to an enormous increased risk of stroke.

These time management games thrive on a certain level of that stress. The in-game risks and challenges increase each new level until the player’s thumbs are flying around the phone screen. Video games can create an adrenaline response in players, causing their blood to pump faster and their awareness to be temporarily heightened. Time management games which require hyperawareness of multiple needs during a short period of time can cause a rush similar to other forms of risk-taking. The games are also cleverly scaled up, brightly colored, soundtracked with happy music, and full of jokes. They’re fun games, even, or especially, when they get players’ hearts pounding. However, a player can shut off the game when a level gets too difficult or too stressful, laborers don’t have the same option.