Is Gig Economy the Way of the Future 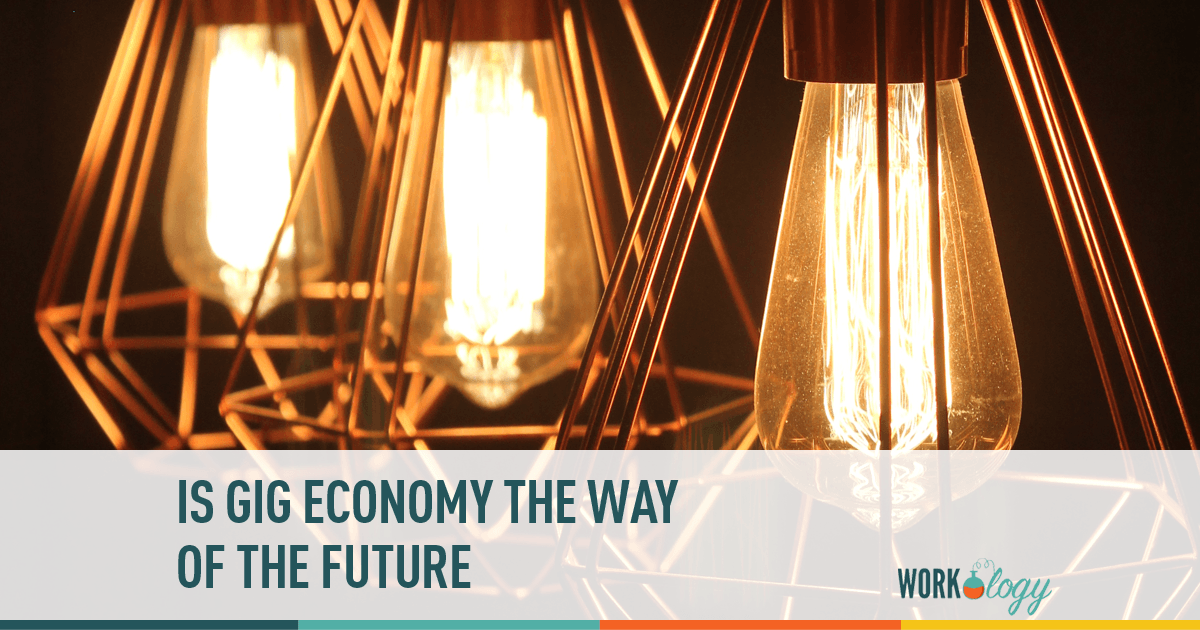 I have written a number of times about what future jobs will look like. I have also written about how the generation we are training are to be primarily entrepreneurs. This training is coming from several different directions. The poor economy forced younger workers to take part-time jobs or to create their own jobs by doing project work. Many people thing this is the way the future of employment is headed.

Sarah Jaffe tells us about a company called TaskRabbit that matches underemployed people with no-commitment gigs. In many segments this is called a subcontractor, but TaskRabbit calls them “taskers.” They have an application that matches people’s skills with available “one-off” jobs that need to be done. Workers would bid on jobs posted by the client that matched their skill set and going rate. If they got rejected they could lower their rate in hopes of getting work. Some workers, those who had demonstrated excellent skills, got classified as “elites” and thus were able to command higher rates.

Apparently TaskRabbit has changed its methods. In a statement posted on their website:

TaskRabbit this month has begun using a new algorithm to match workers with clients, who then contact a given worker to see if she is available, and the worker has 30 minutes to accept or reject the bid.

Not everyone is happy about this because in their eyes the flexibility has been reduced and people may lose out on a job because they were not able to respond in 30 minutes. Apparently the algorithm has not been doing a very good job either because people are getting matched with people who do not want to pay their rates.

The crux of Jaffe’s article however is based on this model. She likens it to piecework similar to work done over a century ago. She is not incorrect. There has long been an economy of people doing odd-jobs, or piece work, or short-term gigs. The entire agricultural economy relies on that even today. It is just the nature of the work that has changed.

Tom Peter’s has long argued that everyone needs to think of themselves as self-employed, even when working for a larger employer. Twenty or so years after he suggested that, it has come to pass that workers are indeed truly self-employed. Many of the bloggers that write for Blogging4Jobs are self-employed. Some are employed by other companies but many are also solo consultants. Some are solely writers who work gig to gig.

Jaffe points out that many workers are unhappy with this gig economy and companies like TaskRabbit. She says, that unlike times past, workers can now find each other and talk to each other. They have the ability to share gripes and complaints. She hints that this is the first step toward a union.

I don’t see these workers forming a union in the current definition. But I do see these workers being able to form associations very similar to what a guild was in medieval Europe. A guild was “an association of artisans or merchants who control the practice of their craft in a particular town.” I could see freelancers joining together based on their area of specialty. In fact I have long said that SHRM could serve such a role for HR people using the power of the association to help workers with prices for services, standards for contracts, etc. We would identify with our profession rather than the company using our services. Jaffe sees workers moving toward organization. We will have to see.

One thing is sure the gig economy is here to stay and because of technology and social circumstance it will be on the rise in the next two decades.