Does Your Future Rely on Your Information Collection Today? 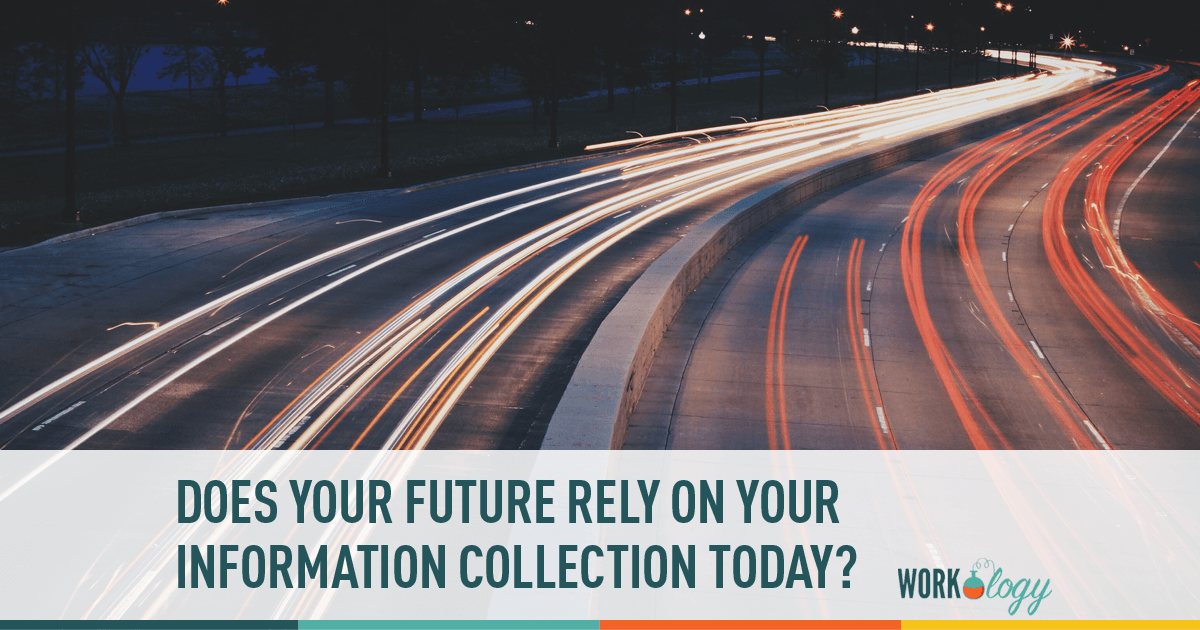 Did you know that the Library of Congress archives tweets? They started in 2010 with the existing 21 billion tweets already in existence. Today in 2014 they now have over 600 billion and are collecting a half a billion daily.  I learned this factoid from Thomas Frey in a post he had about the future of libraries and something he called “liquid networks.” The theme of his post made me start to think about the retention of information by companies and the potential value that we may be missing.

Frey wrote “Our massive data centers have become a pulsing life form, a vibrant extension of human thinking, fueled by the relentless pipeline of ideas flowing to and from servers, much like synaptical firings, intent on bridging their way to adjoining memory cells.” Does this describe your knowledge retention system? Most likely not. It is my guess that most of you reading this do not have systems that are that rich and usable in knowledge that is retained. Business process may be documented and past projects may be stored but real interactive capabilities may not be present. Ten years ago most knowledge retrieval was done by digging in files and asking the “old timers” questions. Even then it was capturing finished work and not the kernel of ideas.

Another quote of Frey that caught my eye was “Every new business that gets launched happens as a result of an epiphany. Similarly, every new product idea happens as a result of an epiphany. For this reason, when it comes to solving some of the world’s biggest problems, it’s in our best interest to create new epiphanies faster, better, and cheaper than ever before.” He suggests that is a role libraries may be able to play, as a gather point for ideas with in a liquid network that matches and melds ideas.

Now you may think “That is all very interesting, but what does that have to do with me?” The answer to that question is another question; is your organization creating a knowledge retention system that helps foster epiphanies? Do you storehouse ideas? Do you have a way of capturing the cross talk amongst employees that may lead to an idea that generates the next product or service that your company will be known for? Do you have an internal chat system that captures discussions? Do you capture employees’ tweets around various topics? Do you encourage them to tweet on behalf of the company or do you restrict them from social media use?

Are you exploring technology?

There are numerous applications available to capture idea generation and make those ideas part of the company knowledge retention. Frey mentions a New York City based invention company, called Quirky, that has developed a “highly iterative process for people to submit inventions and have others add comments, insights, and additional perspectives to the original concept until it becomes sufficiently refined for an implementation team to start building prototypes.” If this can exists in one company it can exist in others as well.

Do you have the culture for it?

Think about these ideas presented here. The future of you organization may rely on how well you are capturing and using information and ideas that are generated today.