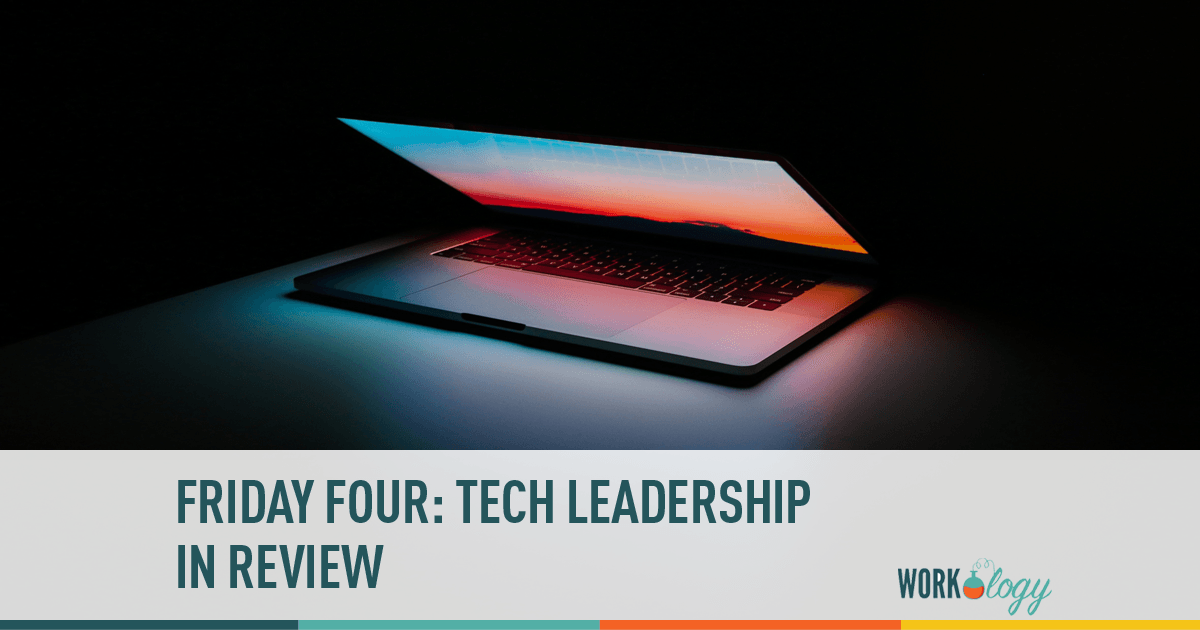 Silicon Valley continues to provide! News, views, and interesting case studies, that is. This week’s Friday Four is all about tech leadership: the good, the bad, and the silly.

The Last Days Of Marissa Mayer?

Analysts are speculating that we’re seeing the last days of Marissa Mayer’s tenure at Yahoo. This piece focuses less on the broad strokes and more on the CEO’s missteps within the company. Yahoos who once treated Mayer like their messiah are now disillusioned, put off by micromanaging, distraction, and a lack of decisiveness. A repeated complaint is that talented engineers were left twisting in the wind while restructuring chugged along at a snail’s pace. High performing workers want to be creatively productive and if they don’t get that opportunity at your organization they will move on — which is what we’ve seen at Yahoo over the last few years.

Inside Mark Zuckerberg’s Bold Plan for the Future of Facebook

Mark Zuckerberg no longer codes every day. Instead, he’s redirected his efforts from micromanaging the code to planning for the company’s future. This in depth piece looks at Zuckerberg’s plans for growth and innovation, and how his expectations for himself have evolved with the company. I can’t help but think that Zuckerberg’s willingness to evolve personally and professionally — and the expectation for same from his team — has been a big part of Facebook’s enduring success. What does good tech leadership look like? Well, that all depends on the company’s position.

Google Taps VMware Founder to Chase Amazon in the Cloud

VMware founder and angel investor Diane Greene has moved from Google’s board to its executive team. She’ll lead Google’s cloud division. Google has also acquired her new startup, Bebop, an enterprise app development platform. Greene’s background at VMware, Bebop and as an investor has largely been on the enterprise side of things, along with her Stanford professor husband and collaborator, Mendel Rosenbaum. I’m always interested high profile female executives, and Greene is definitely one to watch. Her biggest challenge as head of cloud computing at Google will be Amazon.

“The e-commerce titan has built a formidable Web services operation that continues to grow swiftly. Last quarter it reported revenue of $2.1 billion, a 78 percent annual growth. People in the industry say that Google has been more aggressive going after new clients, but that Amazon has a key network advantage and continues to dominate.”

Tinder is the most embarrassing startup. Not a month goes by that a Tinder rep or exec isn’t being awkward on social media or in interviews. What is your deal, Tinder? This week it’s born again CEO and co-found Sean Rad enthusing about his dating app and confusing “sapiosexual” — those who are attracted to intelligent people, regardless of their packaging — with a particular sex act. Is this kind of stuff… good for Tinder’s brand? Isn’t anyone briefing these guys? I just don’t get it.