5 Troubling Trends for Women In the Workplace 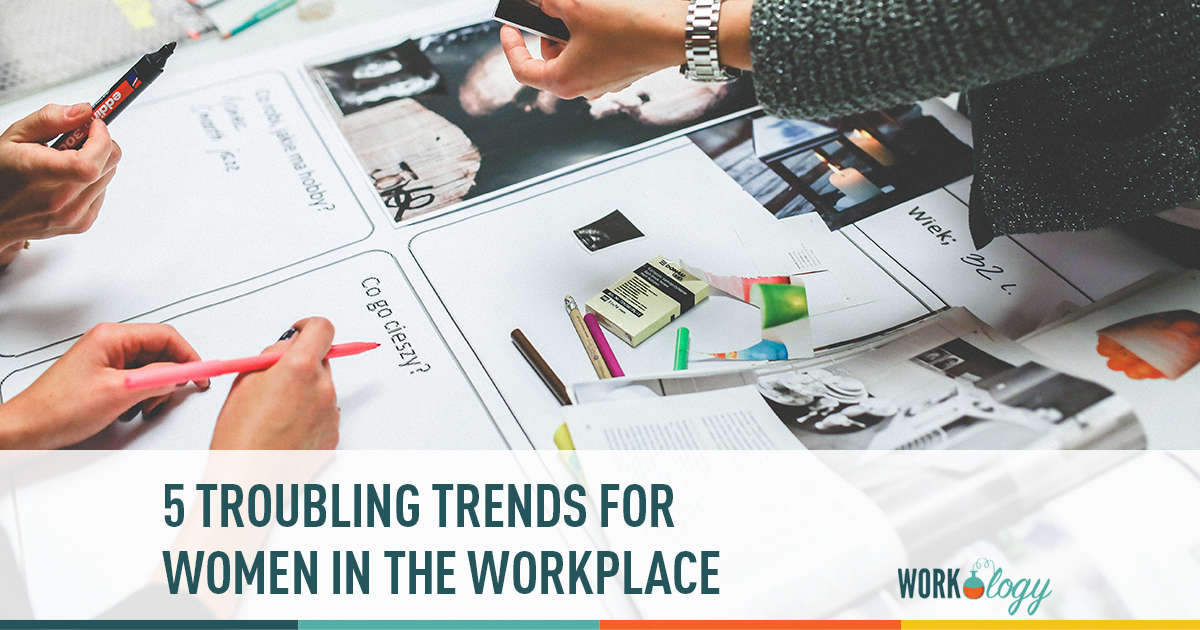 Each week I save a number of stories about HR, tech and business, and put together five of them into a nice package for you to read. Sometimes I have a theme in mind when I start the week, but this time I didn’t — it came to me all on its own. From paid leave, to sexual harassment, to dress codes, thanks to International Women’s Day there’s been an uptick in stories examining working conditions for women. So I combed through these recent reports and opinion pieces for stories that might help you look at these issues from a different angle.

5 Troubling Trends for Women In the Workplace

Emma Walmsley, Glaxo-Smith Klein’s new (and first female) CEO will be paid less than her male predecessor. The company cites her comparative lack of experience. While it’s true that an incoming CEO isn’t necessarily as experienced as an outgoing CEO and their compensation packages don’t necessarily need to be equal, Walmsley is also making less than her predecessor did when he first started.

How High Heels Became a Political Issue in Canada

Thinx Promised a Feminist Utopia to Everyone But Its Employees

Thinx, the manufacturer of “period underwear” which eliminates the need for menstrual products like pads or tampons, built its brand around feminism. Thinx underwear would help you live a more active and confident life while you had your period and would save you thousands of dollars a year. And it’s been successful with this branding and marketing strategy — sales of Thinx products have been steadily increasing. But last week, former employees revealed that working for Thinx was anything but feminist. It was gruelling, with low pay, few benefits, and hostile management.

Anne-Marie Slaughter says that getting more women in the workforce isn’t enough — we need a new kind of feminism, care feminism, which values “caregiving as much as breadwinning.” That includes things like paid leave for both parents, affordable child care, and an acceptance that taking time off to have or care for kids doesn’t mean you’re not committed to your career.

The Best and Worst Places to Be a Working Woman

Do you think things are getting better for working women in the US? Well, they might be (many studies show that inequality is getting worse) but the country is still well below the OECD average for working conditions for women. And even in countries that beat the OECD average, progress is beginning to stall.

Along with this chart, which looks at overall working conditions, the Economist shares data on levels of education, pay, labour participation, availability of paid leave, and the number of women in government.