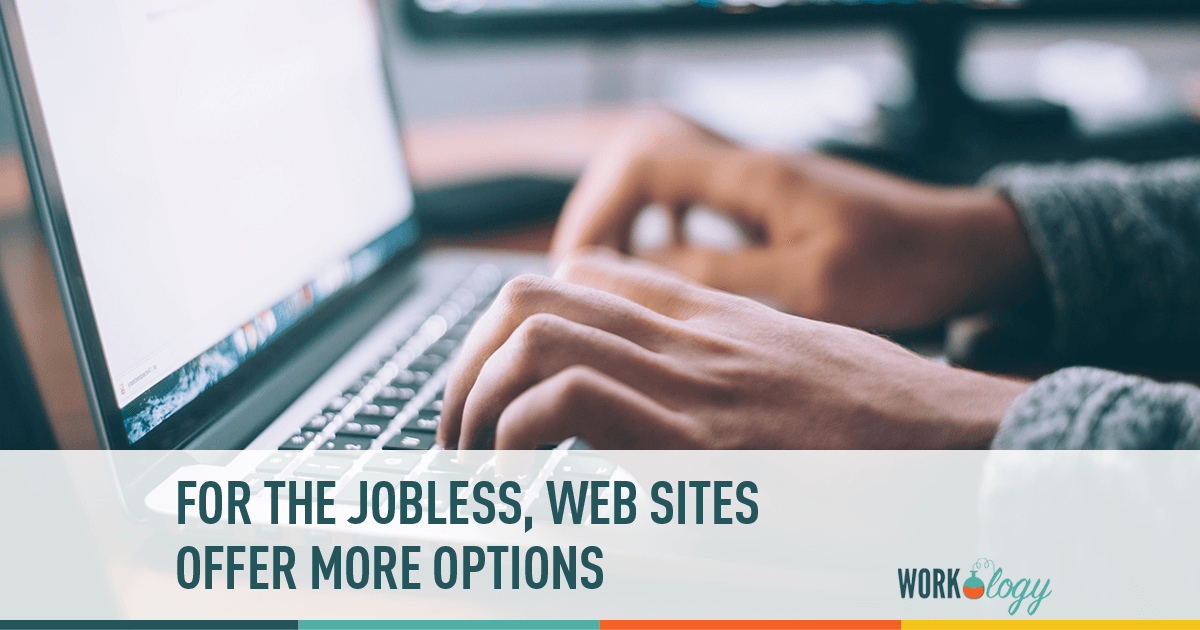 Unemployment in the U.S. has hit a 14-year high as companies cut back. That has sent masses of laid-off workers flocking to the Web in search of opportunities — and job sites have been stepping up to meet the challenge.

New job sites with names like MarketVendorJobs.com have sprung up to take advantage of growing user interest amid the economic downturn. Established sites, such as CareerBuilder.com, have also started rolling out new features to improve the relevance of job listings for candidates and make their rÃ©sumÃ©s stand out, among other things. And some sites, such as Vault.com, are providing career counseling and other new services.

Ryan SnookBusiness-networking site LinkedIn last month began offering online outplacement services to companies so that laid-off workers can more easily find their next gigs. It also has introduced technology that better matches its members with appropriate jobs. Using an algorithm, the site searches words within a job posting and then matches up members who list skills that fit the job. In January, the company plans to debut a feature that makes it easier for users to notify members in their online network that they’re searching for a job.

Meanwhile, Glassdoor.com, a salary-review and employee-review Web site, this month retooled its home page so that jobs listed near the users’ hometown and relevant job categories immediately pop up when an individual logs on. Vault.com has created a $999 service for job seekers to get two 45-minute career-coaching sessions over the phone to help them land a new job.

But some consumers may be overwhelmed by the number of job-search sites and all their new features. Scores of career sites are competing for clicks, so users must master multiple search tools — only to discover that sometimes there is redundancy in the listings. Career counselors advise job seekers to learn advanced search strategies on several sites so that only relevant results are displayed. They’re also told to find niche sites that focus on an industry or region to further narrow their search.

Alice Ziroli, 46, began looking for new jobs online earlier this year when the pharmaceutical company she worked for shut down its local sales division. But when she trolled sites such as Monster.com and CareerBuilder.com, she says she found their offerings too vast.

“I didn’t find them user-friendly,” says Ms. Ziroli. She eventually found a job-search engine called Indeed.com, which has a simple Google-like home page and allowed her to narrowly specify her job-search criteria. Last month, Ms. Ziroli started a new $65,000-a-year job — slightly more than what she made before — as a sales representative for a hospice-and-health-care company just 18 miles from her Diamond Bar, Calif., home.

A CareerBuilder.com spokesman says that, in this environment, the more features that a site offers the better for a job candidate. Monster says it is rolling out improvements to its site early next year with features that will make it easier to upload rÃ©sumÃ©s and apply for a job online.

CareerBuilder.com and other sites are adding features to improve the relevance of online job searches. Still, job-search sites are experiencing a dramatic spike in usage. The total number of minutes that Internet users spent on such Web sites jumped 13% in October from a year earlier, while the total number of job-site pages viewed rose 20% in the same period, according to comScore Inc., a market-research company based in Reston, Va. Overall, the number of unique visitors to job-search sites is up 12% in the past year, more than the 5% increase for the Internet as a whole.

“Engagement with these job sites is a lot higher now,” says Andrew Lipsman, a comScore spokesman. “It’s not just how many people are on these sites but how much time overall they’re spending on them.”

Job-oriented sites are capitalizing — literally — on the newfound interest. Glassdoor.com late last month got $6.5 million in new venture-capital funding, just four months after its June launch. LinkedIn also announced last month that it had received $22.7 million in new funding from strategic investors such as Goldman Sachs Inc. and McGraw-Hill Co.

Some job-search sites cater to certain industries. Dice.com, for instance, is targeted at technology professionals. Its sister Web site, eFinancialCareers.com, is tailored for finance-industry workers — an area that has been particularly hard hit. In September, eFinancialCareers.com launched an emergency toolkit that bundles tips and articles on how finance workers can network, customize their rÃ©sumÃ©s and interview better in order to land
a new job.

Other sites try to stand out by providing more career-improvement data and features apart from just job listings. With numbers submitted by users, Glassdoor.com offers salary data for positions at numerous companies. So based on nine submissions, individuals searching for engineering-manager positions at Google Inc. would see that total compensation for such a job might add up to $241,000, including salary and bonuses.

And some sites are now emulating features found on social-networking sites: CareerBuilder.com in February launched BrightFuse.com, where professionals can network and interact with one another. A CareerBuilder.com spokesman says BrightFuse.com will add new features next year to highlight each member’s skills, such as allowing writers to upload samples of their work.

One thing career sites haven’t been able to perk up for job seekers is the total number of job listings. As of earlier this month, the number of job listings on Dice.com was down 9% for the year so far, compared with the same period in 2007, says a spokeswoman, who declined to reveal underlying numbers. At Indeed.com, the number of open positions has stayed flat at about five million jobs over the past year, says Indeed.com Chief Executive Paul Forster.

‘A Mixed Picture’
“It’s very much a mixed picture” out there jobwise, says Mr. Forster. “There’s a lot of weakness in certain areas, such as in the mortgage, retail, financial, construction and hospitality industries. But some areas like defense and health care are strong.”

Marc Hirsch, who started looking for a new job six months ago, says many features on the job sites helped him. The Roanoke, Va., resident, who has a background as a chemist, used LinkedIn, CareerBuilder.com and Indeed.com to get job alerts sent to him and liked how many of the listings came with salary information and estimates. “There was a lot of garbage that came back” through the online searches “but some quality opportunities too,” says the 52-year-old.

Ultimately, though, the job sites proved to be just a starting point for him. Through one job listing he found on a career Web site earlier this year, Mr. Hirsch got his rÃ©sumÃ© sent to General Electric Co. While the company didn’t have anything suitable at the time, GE kept his name on file.

When a position as an applications engineer came open, GE contacted him and he got the post, he says.