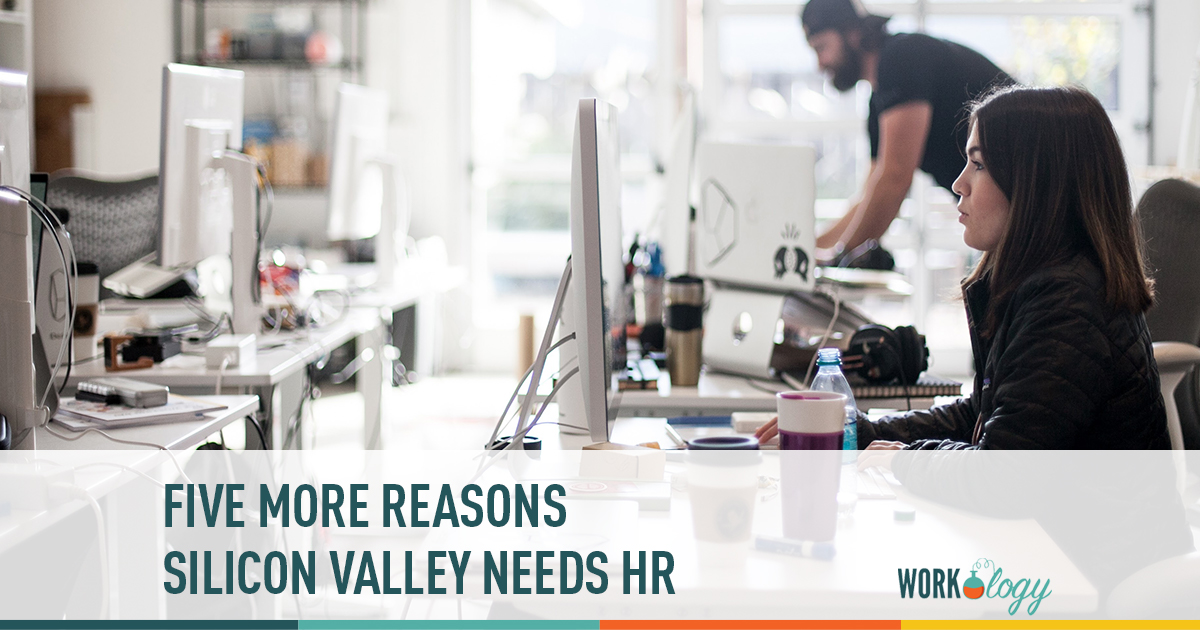 Silicon valley again? Ugh, yes it’s true. A topic I cannot leave alone and, it seems, that no one else can either. So here we are again with five more reads on silicon valley startups’ struggles with people management. This week there’s no new scandal to chew over (though there are updates to old scandals!) but there are some new think pieces on just how to solve the problem.

Here is your Friday five:

Last week I wrote about Thinx’s CEO leaving the company amid accusations of employee mistreatment, ranging from bullying to low pay. This week we learned that Miki Agrawal is also being accused of sexual harassment. Agrawal said last week that HR was a “blind spot” for her that she hadn’t fully considered — in fact, she hadn’t considered it all. Despite being a growing startup with steadily increasing sales, Agrawal hadn’t hired an HR manager or even developed HR policies for the company. Rebecca Greenfield and Kim Bhasin look into the consequences of absentee HR for a growing company.

Gender Pay Gap ‘Not An Issue’ To A Quarter

According to a recent study almost 30% of senior leadership (35% of men and 22% of women) don’t think that the gender pay gap is an issue, although they do acknowledge its existence. They site women taking breaks to raise families, working part time, and not pursuing leadership positions as reasons for the disparity.

In The Age Of Silicon Valley Sexism, Where Is HR?

Does silicon valley need HR? Yes, writes Cheryl Swirnow, but it needs a more robust HR department than companies like Uber and Tesla are used to. One that’s the ethical heart of the company and can really advocate for fair treatment and a better work life for all — and perhaps most importantly, one that is empowered, emboldened and not complicit with bad behaviour by executives.

Fast Company interviews a therapist whose client list is mainly comprised by minorities working in the tech field. Niketa Kumar says that her clients have dealt with everything from harassment to being left out of all social gatherings. Kumar suggests ways for companies to go beyond diversity hiring efforts to really making workplaces inclusive, including removing alcohol from the social equation, leadership coaching, and a more proactive HR response.

Your Startup Doesn’t Have a Morale Problem. It Has a CEO Problem

When startups develop a toxic company culture it’s not just the natural result of a bunch of bros working together. Rather, a toxic culture can only develop when CEOs participate in it, either purposefully or through lack of experience. Diana Ransom writes that inexperienced CEOs tend to make bad decisions about HR policies and this can lead to serious problems down the road. In the case of Thinx (yup, them again), Agrawal was a great entrepreneur bad a poor manager of people and the company is now looking for a “professional” CEO.

In addition to hiring HR, startup CEOs could probably do with some leadership coaching.