The 50 First Tweets in #HR & #Recruiting 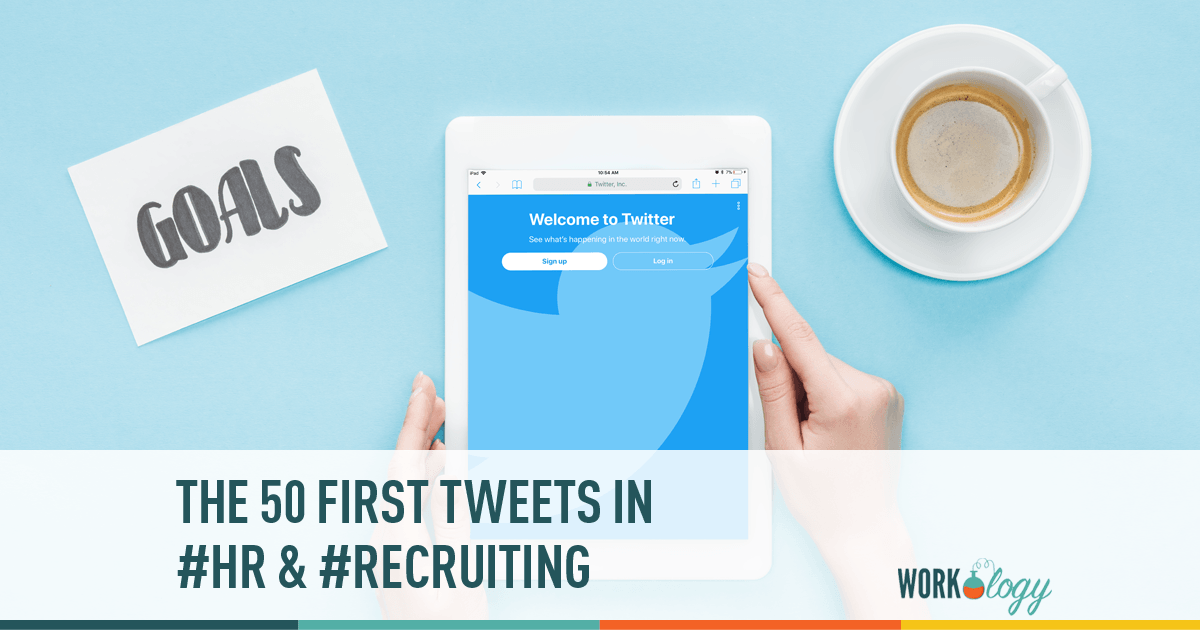 As 2014 comes to a close and we look forward to 2015, I’ve been doing a lot of personal reflecting about my life as an HR blogger, thought leader and contributor to this industry. Although I started blogging in 2007, it was Twitter in 2008 changed everything for me. It opened my eyes and connected me to new friends, influencers and persons who just inspired while also educated me. Twitter was a fundamental reason I started my consulting business, wrote my book and connected with friends, clients and hired using my favorite 140 character social network.

Having written a book on how to use Twitter called Tweet This! Twitter for Business, I wanted to take a look back at the first tweets of fifty professionals in the HR and recruitment industry. You can find out your own first tweet by clicking here to see for yourself.

At the SHRM Legislative Conference. Met lots of great members!

Sitting in Chalotte Airport after 3 days golf along Trent jones Trail in Al. 24 hrs to get home…so far.

Hanging out with the kids and getting greared up for the Cowboys game.

please message me if you can read this

watching the Suns get destroyed

looking for sightings of andrei, hoping he soon becomes AA13 but doubting it

How does LeBron not get the highest votes for the All Star team? — Tim Sackett, SPHR (@TimSackett) January 23, 2009

watching my kid almost fly over the hbars on his bike from the window.. guess i should be out there… — Kris Dunn (@kris_dunn) April 13, 2008

Making my first “tweet” and trying to decide if should do it again… thinking recruiter guy needs to hook me up on the mass ping thingy… — Carrie Corbin, MBA (@TheCarrieCorbin) December 23, 2008

We just finished converting our hall closet into my new cube / office. It’s kind of a rig, but it makes me smile! — Stacy Donovan Zapar (@StacyZapar) April 3, 2009

is in the housing office, waiting for class to start! — Blake McCammon (@rblake) February 3, 2009

Why do hours in a day get progressively longer the closer it gets to 6 PM? Tick, damn you, tick. Albeit that digital clocks don’t tick… — Matt Charney (@mattcharney) April 2, 2008

30boxes.com used my email address to locate my picture and blog. Automatically loaded pic and a link to blog to my account. Scary. — Recruiting Animal (@animal) April 17, 2007

is in class learning about twitter and other social networking sites. — Will Staney (@willstaney) February 12, 2009

@jasonaverbook Are you running a conference? Why then ask except to depress those who are? Ask if budgets might loosen by September.

Grading papers and catching up from 4 weekends of travel. — Matthew Stollak (@akaBruno) April 15, 2009

Exciting things about to happen at American Achievement Corporation! — Will Thomson (@WillRecruits) July 7, 2010

Getting set to drive home and to ponder the use of social networking tools to leverage superior talent acquisition management — Michael VanDervort (@MikeVanDervort) August 16, 2007

Seriously. 320 emails in one day?!? What would happen if I deleted my entire inbox? Would you care? Back to replies…it is only 10PM. — Eric Winegardner (@ewmonster) October 22, 2008

is back on wii fit. 🙂 Helloooooo balance exercises! — Crystal Miller (@TheOneCrystal) May 19, 2009

@ricksanchezcnn why would you report that the man in Mexico hosting the prez died of swine when it hasn’t been confirmed – unnecessary — Perri Blake Gorman (@bethebutterfly) April 27, 2009

I love the first tweet functionality on Twitter. It amazes and excites me to see how Twitter has grown and its use has evolved from simply tweeting what we are doing to being a platform where news breaks. Not to mention how in our own industry Twitter has fundamentally changed how we recruit, source and engage employees.