I Was Fired For Recruiting on LinkedIn 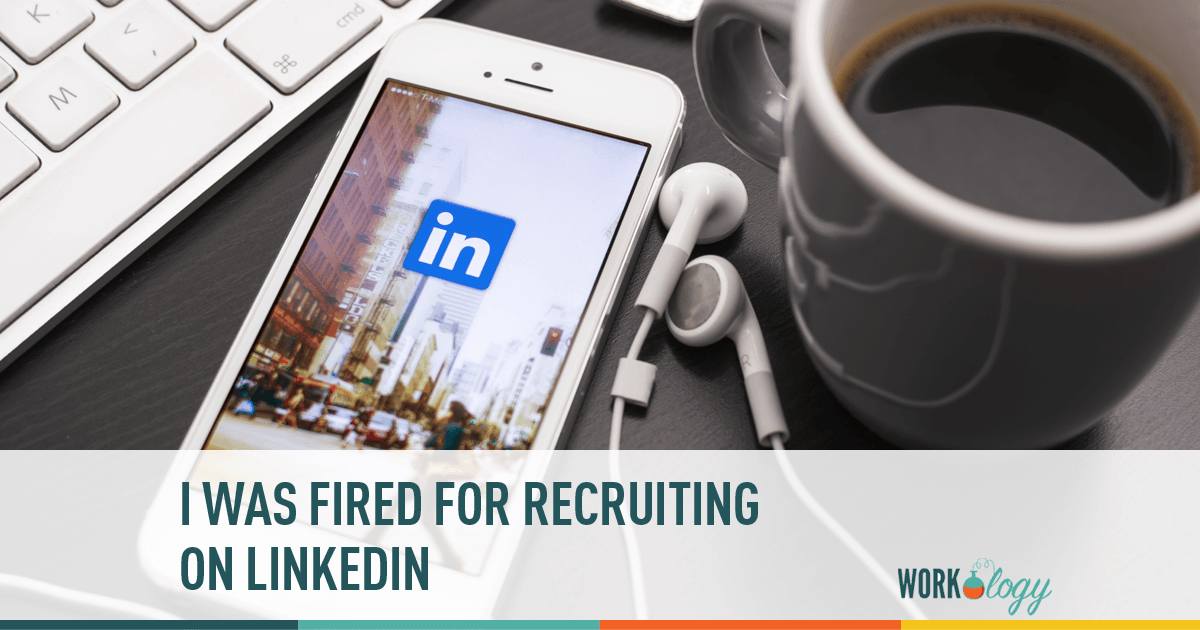 The year was 2009 just a mere 3 years ago.  Social recruiting was just a baby and a number of recruiters were dabbling in hiring on Twitter, Myspace, and Facebook including myself.  Just as it is now, LinkedIn was a popular recruiting choice.  Back in those days LinkedIn Recruiter had been launched and sourcers spent time open networking within the platform to increase the reach of their LinkedIn database when searching for a candidate.

Cleaning out my email inbox last week, I came across a forwarded message from my old office having long forgot.  It was a copy of a corrective action document written for myself.  Yes, I fired for recruiting on social media and LinkedIn.

No, I wasn’t hacking, searching, or even stalking.  I simply posted a status update for my LinkedIn connections to see.  I wrote something like, “Hiring for full time account managers.  Great benefits, base + commission in Dallas. Apply <insert job ad url here>.”  Less than one hundred forty characters  led to my termination courtesy of LinkedIn.

The problem with social media is that it is easy so simple it is often too complex to understand, and when it comes to humans especially managers we often assume the worst even if that is wrong.  In HR when investigating an employee relations issue, we work hard to remain neutral, ask questions, and gather all the facts and information before jumping to conclusions.  Not all managers do the same as jumping keeps us from being ill prepared and disappointed.  We like to expect the worst.  My bosses assumed I was recruiting on the side for others using LinkedIn.  Ambushed during a boss’s visit I was quickly led to my office where me, my boss, and the SVP had ‘the talk.’  Facts were presented, but no questions asked.  Termination documents were hidden in a folder in my boss’s lap as they prepared to terminate my employment because I was recruiting for other clients on LinkedIn.  Except they were wrong.

A common practice when writing an online job ad or posting is to slightly modify the posting adding additional searchable and SEO keywords to appeal to a larger potential audience.  Something that I did on a regular basis recruiting a large variety of professionals from different backgrounds for one of our calls centers in fundraising, outside sales, collections, and customer service including account managers.  And on LinkedIn.

So I was fired for recruiting on LinkedIn.  They had the documentation ready, and they ambushed me.  I grabbed my phone, opened LinkedIn, and clicked directly on the status update’s url to be led directly to my company’s online job posting.  So I lied, I was almost fired for recruiting on social media and LinkedIn, but still it’s quite the story none the less.  Have you ever been disciplined for using social media at work?  Please share your story.