Executive Salaries are Creeping Back Up 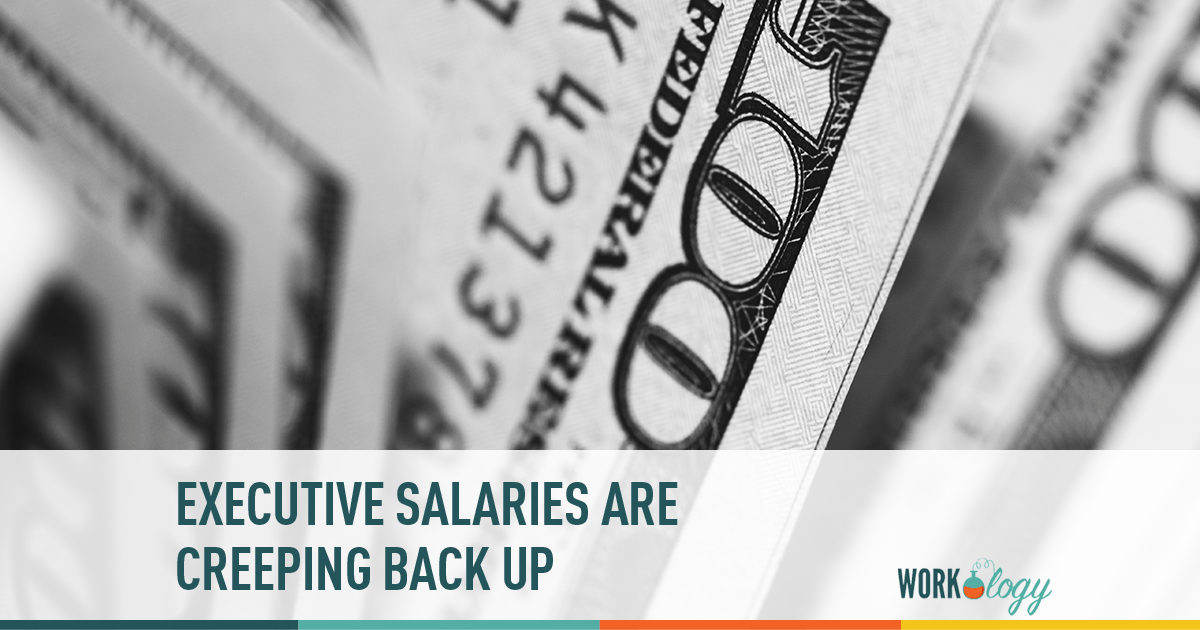 Kansas City, Kan. – With protestors marching on Wall Street and the gap between the upper and middle class rapidly increasing, executive salaries continue to be a point of consternation for most Americans. Although most executives were not immune to the effects of the sluggish economic climate, salaries for many executives are now trending back up. The Executive Compensation 2011/2012 survey results found the average base salary for a CEO is $338,300 per year. This reflects an increase of 1.6 percent since 2010.

Executive Salaries are Creeping Back Up

“Though salaries for most executive jobs have begun to rebound, a few still have not yet reached levels seen prior to the recession,” said Amy Kaminski, director of marketing for Compdata Surveys, the nation’s leading pay and benefits survey data provider. “Companies may be increasing executive salaries in preparation of an economic turnaround, but most are taking a very cautious approach to those increases.”

Salary differences are also found between industries. Treasurers, for example, earn an average $193,400 at healthcare organizations, while those in the hospitality industry earn $188,700 each year. Banking and finance organizations pay their treasurers $177,500, while those in utilities earn $171,600. Salaries for treasurers in the not-for-profit industry average $154,200.

Executive Compensation 2011/2012 analyzes national and regional data by base pay and total cash compensation for more than 65 executive and senior management positions. Information was collected from more than 4,500 organizations across the country, reporting on over 22,000 incumbents.

Compdata Surveys is the nation’s leading compensation and benefits survey data provider. Thousands of U.S. organizations provide data each year ensuring the reliability of our results. Compdata Surveys has been providing comprehensive data at affordable prices to organizations from coast to coast since 1988. For further information about their compensation and benefits surveys, contact Michelle Willis at (800) 300-9570.
###