Dorsey Gives Back Stock: Equity As Employee Morale at Twitter 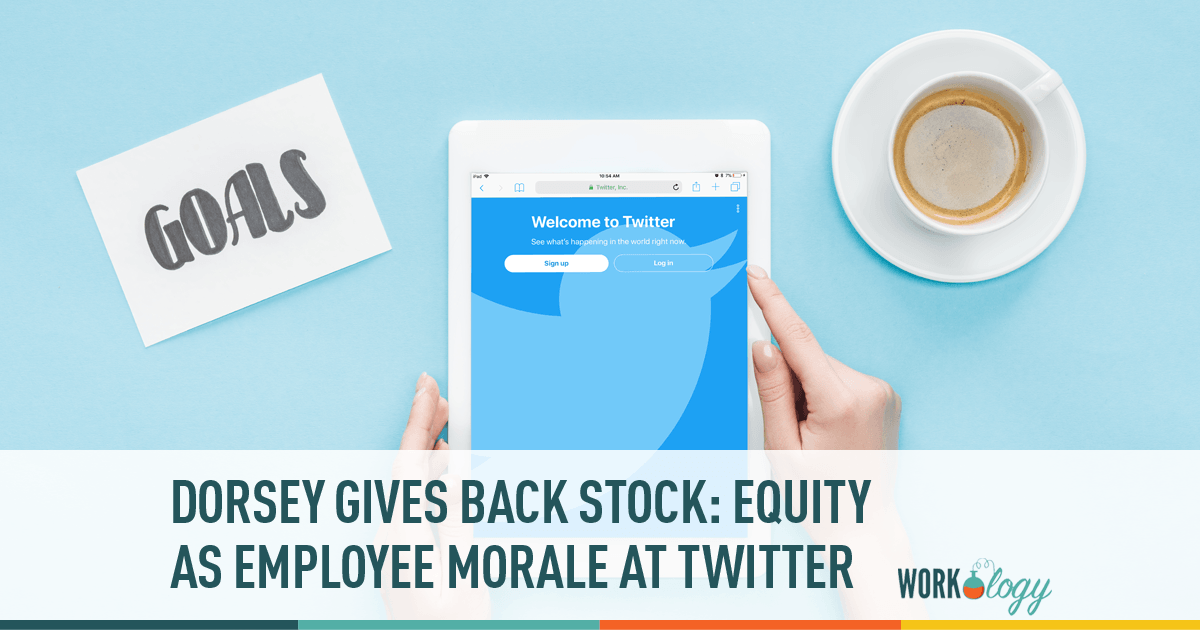 Last week we talked about Jack Dorsey’s return to Twitter, a company he co-founded, as its new CEO, and the round of layoffs he initiated almost immediately. This week we’re talking about Dorsey giving back 1%, valued at roughly $200 million, of his stock in the company to the employee equity pool. My gosh.

In keeping with his pattern of making important statements about Twitter on Twitter, he announced the move in two tweets:

🐥⚡️ I’m giving ~1/3rd of my Twitter stock (exactly 1% of the company) to our employee equity pool to reinvest directly in our people.

Dorsey has made it clear, both in the layoff announcement and in this stock announcement, that his overriding motivation is growth and change — he believes that Twitter is in a rut, and he wants to get it back on a winning track. And he wants to do that not through announcing a flurry of technological innovations and new products, but through refining and rebuilding the Twitter team. We can go back and forth on Dorsey’s “heartless” layoffs, or the bad timing of employees losing their access before being officially let go, but with this new move, Dorsey has made his intention clear: to have the best Twitter team possible, and to invest in them.

Instead of debating Dorsey’s sincerity, we should focus on a deeper question:

Is equity an effective way to recognize employees?

In the case of a high-valued but still unprofitable company like Twitter, equity is a double-edged sword. It may be a huge windfall for employees. It may be worth much less than they hope. The material value of stock is ever-changing, which makes it a more nebulous reward than a bonus. It may sound strange to say this about $200 million worth of stock, but the real value of Dorsey’s gift is the idea of it: the opportunity and the recognition. It’s not just stock, it’s a thank you, and one that may have been necessary after last week’s layoffs.

But how useful is it in terms of improving performance? Bonuses that focus worker attention on clear goals do improve performance. Employee recognition and participation programs seem to have the same affect, though without as clear a correlation. But when it comes to equity, it’s not clear that employees holding stock in their employer improves the quality of their work on specific tasks. What it does do, reliably, is increase employee’s emotional investment in the company’s success. They may work harder. They may take wins and losses more personally. They may, if they believe in management, follow their directives with more zeal. Equity is an emotional deal as much as it is a financial one, and that means that equity as employee recognition works best when it’s combined with an overall strategy to engage employees, and clear communication from management across the board.

Will Twitter employees buy in, with both their hearts and wallets?