Ensuring You Will have the Multi-Lingual Staff You Need 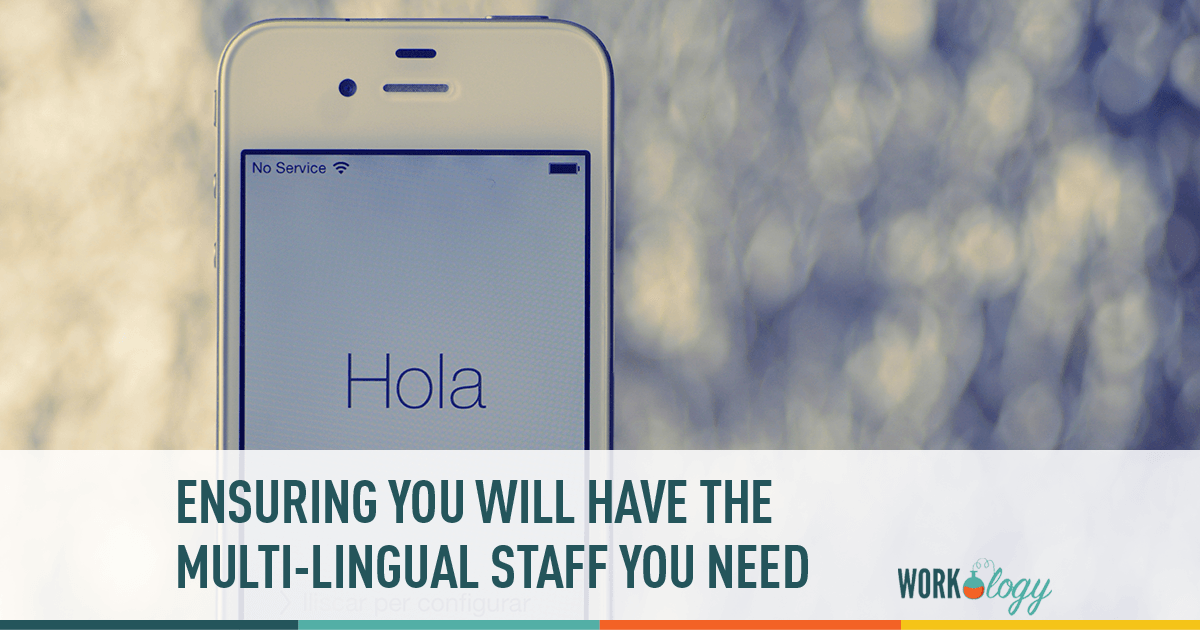 In the age of globalization, few would debate the benefits of having multilingual staff. What is less commonly understood is how to ensure that your employees have the requisite skills to function at a professional level in more than one language.

It is standard practice to test potential hires by gauging their ability to perform a specialized task. For example, when hiring a programmer to join your IT department, you would have candidates create coding samples to test for proficiency, logic, and efficiency. Similarly, when hiring a copywriter for the marketing team, you might have the candidate provide you with writing samples and possibly pass a writing test. The idea of simply hiring an individual based on what they claim to be able to do seems ludicrous.

Yet all too often, employees whose primary qualification is a self-assessment of fluency are called on when multilingual skills are needed. The results can be catastrophic; stories of hilarious translation errors made by major companies attempting to market their goods in foreign countries abound. Less hilarious is the damage caused to both a company’s reputation and its bottom line, however. The ill-fated “Assume Nothing” campaign of HSBC comes to mind; after five years of extensive marketing, the company was forced to re-brand itself after the phrase was translated into “Do Nothing” in numerous languages. The effort cost the banking giant over $10 million.

To avoid a similar fate, many organizations opt to hire translation agencies (also known as localization agencies). While this may seem like a good route for some, there are a number of considerations that may give you pause. For one thing, the cost of retaining a good translation agency can be prohibitively expensive. For another, if you don’t have anyone on staff that is qualified to review the agency’s translations, how do you know they’re any good? Once again, we are back to the issue of accepting something at face value with potentially grave consequences.

This isn’t just a marketing issue, either. Everything from customer service to inter-company communications to employee satisfaction can be adversely impacted by linguistic misunderstandings. Even here in the United States, more than 1 in 5 people reside in a household where English isn’t the primary language.

To address the need for language proficiency assessment, a number of frameworks have been devised to assess an individual’s language skills. In the US, perhaps the best known of these is the Interagency Language Roundtable (ILR), which ranks candidates on a scale from 0 – 5. Unsurprisingly, the ILR scale was initially developed for federal employees, since the US government is continuously expanding its linguistic capacities.

Ensuring You Will have the Multi-Lingual Staff You Need

When considering a new hire with multilingual skills, or when harnessing the skills of your existing multilingual employees, having them take a language proficiency test is a relatively inexpensive and time-efficient way to obtain peace of mind. Prior to this, though, it is also critical to consider what level of proficiency in a language you need for an individual to perform successfully. For example, a cashier in a grocery store may need significantly less language proficiency than a marketing executive. Fortunately, there are ample reference materials available on the ILR and other established rating scales that provide both guidelines and concrete examples of what proficiency at a given level looks like to help you make your determination.

You wouldn’t hire for any other skillset without first having some means of measuring a candidate’s abilities (or lack thereof). Why should hiring multilingual employees be any different?

Based in Washington, D.C., Jon Jilani has been a linguist since 2001. His professional experience has focused on language education and the role of multilingualism in the workplace. Since 2012, Mr. Jilani has worked with Language Testing International, where he is a Content Development Specialist.