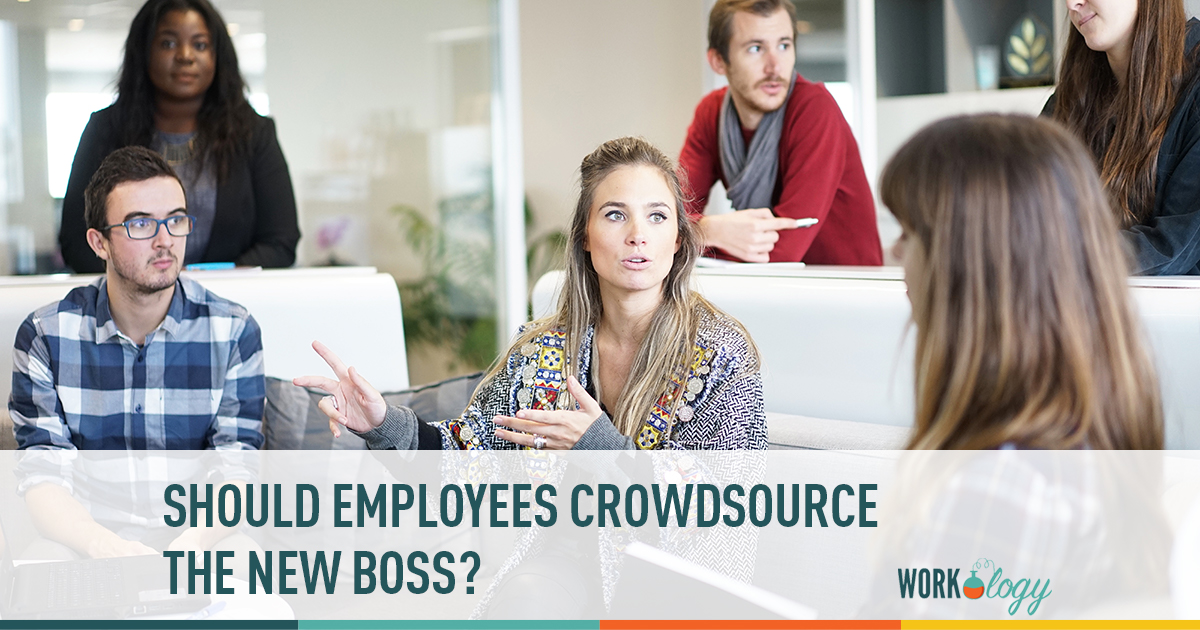 Interacting well with employees is certainly an important leadership competency. What if you selected company leaders based on their ability to interact with peers rather than their resume? A company named Tinypulse, led by David Niu, has used crowdsourcing to select leaders and they think that it is more effective than traditional methods.

Niu, who wrote an Entrepreneur article entitled Crowdsource Your Next Boss?, says that research shows that companies do a poor job of selecting managers 82% of the time. The wrong person gets selected and promoted 4 out of every 5 times. That is pretty dismal numbers and may account for a lot of employee dissatisfaction, including high turnover in millennials.

Niu thought there had to be a better way. His company creates small surveys that measure engagement and culture. They have a tool called Cheers for Peers where employees can recognize their co-workers for a job well done. They connected with a Microsoft team to then analyze 6 months’ worth of these “cheers” to measure “‘influence’ based on the number of connections an individual had and the number of connections his or her connections had.” Their hypothesis was “that workers with a greater number of connections — or more influence —  would be more likely to be identified as potential leaders.” They also predicted that employees who received more “cheers” would have greater network influence.

They published the results of their study in the Harvard Business Review in an article titled Measuring Your Employees’ Invisible Forms of Influence. Their research showed that employees who received the greatest number of “cheers” had the highest level of network influence and the greatest number of internal aggregate internal interactions. They found that there was a marked difference between high performing employees and low performing employees. The high performers spend four hours a week more in internal collaboration rather than external collaboration. Additionally they had larger internal networks, average of 27 verses 20, than did low performers.

Their conclusion from this was:

Who’s getting the job done? We bet it’s those people who take action, initiate collaboration and communicate well with their colleagues. It’s these kinds of people who are receiving cheers and who could be future leaders at your organization.

In workplaces that are increasingly populated by millennials, who have a stated desire for working in a collaborative environment, this type of leadership selection might work well. Leaders are selected on how well they interact with employees and enlist them in their work. Millennials also like to have their voice heard and this type of system would support that.

The major concern I have about such a system of selection is that as soon as everybody knows that the “cheers” system is being used to select future leaders it could degrade into a popularity contest. You will have all the extroverted employees vying for cheers and the introverted employees being pushed into the background.

Despite that, I think this data driven attempt to identify leadership talent has promise. As Niu say “For companies to succeed, they must innovate in how they identify, train, and retain high-performing employees through new data-driven approaches. The traits of high performers are multidimensional, nuanced — and sometimes hidden.” We all know how critical managers are to the success of organizations, why shouldn’t we be using new tools to help in this selection process.

Would you use internal crowdsourcing to hire your next manager?