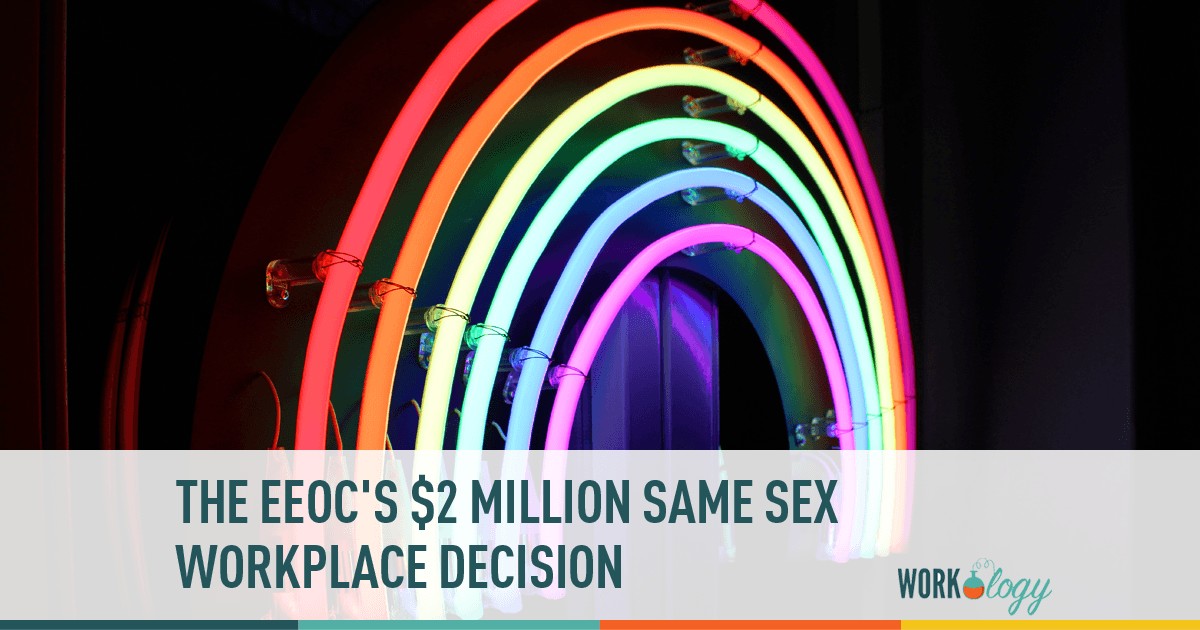 If you have been a reader of the blog for a while, you know my thoughts regarding being fired because you’re gay and transgenders in the workplace. I believe that work should be a place where we tolerate working with one another, respect co-workers and on rare occasions we actually enjoy the people we work with too.

Consent decrees are defined as an agreement approved and agreed by the defendant to cease all activities deemed illegal by the government. Click here to visit Cornell University’s searchable database of recent employment law consent decrees.

What is Same Sex Harassment at Work?

“It is shocking that such egregious harassment could have continued under the nose of management for over ten years,” says EEOC Senior Trial Attorney, Christina Vigil. “The debilitating stigma that is still attached to male sexual harassment cases made it difficult for men to come forward to report. However, a couple of brave men did come forward, which is what has helped resolve the issues in this workplace.”

An overview of the case is listed below taken from EEOC’s above-mentioned press release.

“In its lawsuit, the EEOC charged a former lot manager, James Gallegos, under the direction of Charles Ratliff, Jr., then general manager, with subjecting a class of men to egregious forms of sexual harassment, including shocking sexual comments, frequent solicitations for oral sex, and regular touching, grabbing, and biting of male workers on their buttocks and genitals. The EEOC also alleged that Pitre retaliated against male employees who objected to the sexually hostile work environment. During the pendency of the lawsuit, the retaliatory actions of Pitre raised such concern that a U.S. District Court judge granted a preliminary injunction against Pitre, prohibiting the dealership and all of its agents from threatening or engaging in retaliatory actions against case participants.”

The lesson learned from this case is that sexual harassment is not solely female to male or male to female. It can be female to female or male to male and your employee handbook and policies should be updated with stiff penalties and fines issued to those who fail to comply. Dust off that employee handbook and review your workplace sexual harassment policy today.