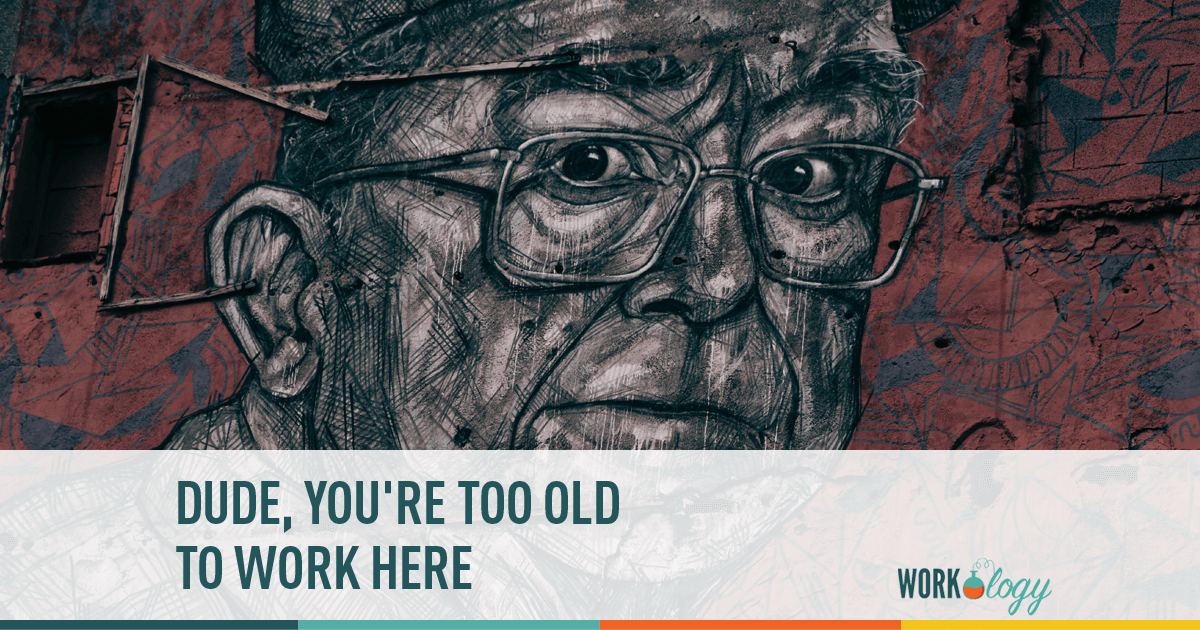 In the UK, many people are being coerced to leave their jobs once they hit a certain age. At least, according to AXA. Check out this recent press release…

A study2 by leading insurer AXA has today revealed that, despite the introduction of age discrimination legislation in 2006, ageism is still rife in today’s workplace, with thousands of retirees reporting experiencing pressure to quit their job by their employers. ( Page 14 ). In addition, UK plc could face a collective compensation bill of over £45m1 if employers are taken to tribunal for age-related cases.

Research from AXA’s international retirement scope survey reveals that three in five (60 per cent) British retirees retired before the minimum legal age of 65. Whilst most did so through choice (80 per cent), one in five (20 per cent) experienced pressure from their employer (Page 14).  However, on the up side the survey does show that age discrimination legislation is beginning to have an effect, albeit a slow one, with the number who have been forced into early retirement by their employer falling since 2006 (28 per cent). (Page 14).

Steve Folkard, head of pensions and savings policy at AXA commented: “Despite legislation making it unlawful to discriminate against workers on the grounds of age, our study clearly shows that some employees are still being coerced into early retirement; meaning employers could be leaving themselves dangerously exposed to litigation.

“Employees coming up for retirement need to be aware of their legal rights and exercise these if necessary. Employers should also review their retirement policies and decision making processes to make sure they are protected against both future and retrospective claims. The cost of a successful claim can be significant and will be even higher when legal costs and damage to reputation are taken into account.”

In addition, around half of those still working (47 per cent) and those retired (49 per cent) do not approve of raising the minimum age of retirement. However, since the study was last conducted in 2006, there has been an increase from 19 per cent to 27 per cent amongst retirees in favour of increasing the minimum age of retirement. This compares starkly with Japan and Hong Kong, where 70 per cent and 71 per cent of workers respectively approve of raising the retirement age. (Page 18 – 19)

British attitudes towards working post-retirement were mixed, with over half (51 per cent) of all workers expecting to work in retirement. However, the study shows that only one in ten (11per cent) take up a second job in retirement. (Pages 16 – 17).

Steve Folkard continued: “The results suggest that Brits are reluctant to see the age of retirement raised, and a significant number have already retired early. It is interesting to note how many people think they will continue to work but subsequently do not; perhaps once they hit retirement they decide they want to make the most of their “golden years”.

AXA UK is a part of the AXA Group. AXA Group is a worldwide leader in Financial Protection. AXA’s operations are diverse geographically, with major operations in Western Europe, North America and the Asia/Pacific area. For full year 2006, IFRS revenues amounted to €79 billion and IFRS underlying earnings amounted to €4,010 million.

The AXA ordinary share is listed and trades under the symbol AXA on the Paris Stock Exchange. The AXA American Depository Share is also listed on the NYSE under the ticker symbol AXA.

Our previous company performance is not a guide to how we may perform in the future.The value of the funds can fall as well as rise, possibly due solely to excahnge rate fluctuations, and is not guaranteed. The value of property is a matter of valuer’s opinion not fact.

Any opinions expressed in this media communication are made as at the date of this publication but are subject to change without notice.